First Half: Kent Heckenlively is a science teacher, an attorney, and a founding editor of Age of Autism. He’ll discuss how the Florida school shooter may have been autistic and was allegedly taking SSRI medication which can have the side effect of homicidal rage. He will also talk about how medical research and development has been suppressed to cultivate medical consumers.

Second Half: Mark Anthony, the “Psychic Lawyer,” is a medium who specializes in communication with spirits. He’ll speak about haunted real estate listings and how disclosure of paranormal activity can affect the marketability of a property. While such properties are often stigmatized, some thrill seekers and paranormal enthusiasts flock to stay at haunted locations like the Lizzie Borden House or the Stanley Hotel, the scene of Stephen King’s The Shining.

The Hollywood Times covers many events of Mark Anthony and this evenings talk show should be a really good one. So don’t miss your change to hear Mark live on the radio tonight speaking about haunted real estate listings.

Kent Heckenlively is a science teacher, an attorney, and a founding editor of Age of Autism. During college, Heckenlively worked for U.S. Senator Pete Wilson and was the school’s Rhodes Scholar candidate. In law school he was a writer and editor of the school’s law review and spent his summers working for the U.S. Attorney’s Office in San Francisco. 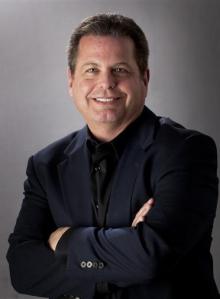 In the summer of 2010 and 2011, Heckenlively attended the Teacher Research Academy at Lawrence-Livermore National Laboratories, spending eight weeks in a virus lab investigating the expression of micro-RNAs in a monkey model of Ebola infection. Kent is also a member of the Compass group, a consortium of autism parents, leading scientists, and philanthropists in Silicon Valley looking for answers to neuro-immune diseases.

Mark Anthony the “Psychic Lawyer” is the author of the award winning, critically acclaimed best-sellers Never Letting Go and Evidence of Eternity. He is a world-renowned fourth generation psychic medium who communicates with spirits. Anthony is an Oxford educated attorney licensed to practice law in Florida, Washington D.C. and before the US Supreme Court. 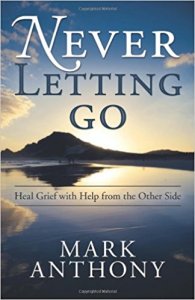 In England he studied mediumship at the prestigious Arthur Findlay College for the Advancement of Psychic Science.

To his credits, Mark most recently was featured on the CBS Emmy Award winning TV show, The Doctors and is seen regularly on ABC, CBS, NBC, MSNBC, FOX Television including major talk radio shows such as Coast to Coast AM, Darkness Radio, Shirley MacLaine’s Independent Expressions and Sirius XM as a psychic medium, paranormal expert and legal analyst in high profile cases. Mark headlines as a speaker for conventions, expos and spiritual organizations such as the Edgar Cayce A.R.E., IANDS (International Association of Near Death Studies) The Lily Dale Assembly, The Sedona Spirit Symposium, Afterlife Research Symposium, and universities including Brown, Columbia, Harvard and Yale.