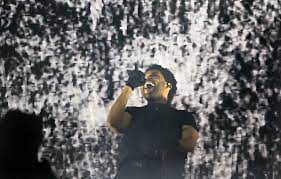 Indio, CA (The Hollywood Times) 4/19/22 – Swedish House Mafia and The Weeknd stormed the final day of the first weekend of Coachella on Sunday night, obliterating a quiet Easter Sunday and replacing it with loudly fantastic performances. The two acts replaced Kanye West after the embattled rapper dropped out of the lineup at the last minute. 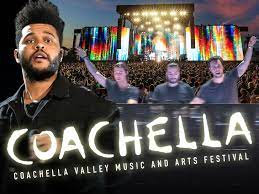 But the scheduling shake up wasn’t a drawback–instead, it highlighted what’s best about Coachella; it’s unnerving ability to always pull itself together into what is always, up until that very point, the most historic, most unique, most interesting event in music and the most interesting version of itself. Over and over again. 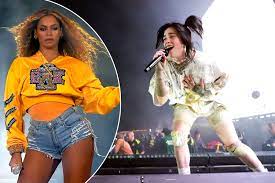 Consider how Billie Eilish performed as the festival’s youngest ever headliner, nodding to Beyonce, who four years earlier in 2018 made her own history as the first Black woman to ever headline the iconic music festival when she hit the stage with a legendary marching band. “Sorry I’m not Beyonce” Eilish joked to her adoring crowd on Saturday, “I love you!” Though one has to wonder if she really is sorry she isn’t Beyonce. It’s quite a lot of grandiosity to live up to. 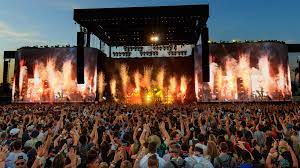 But again, that’s another beauty of Coachella–the way icons build on icons, always respectful of one another, always grateful to be gracing the historic stages, in a cycle that quite literally moves the performance art of music forward in artistic and cultural relevance.

Each fashion, each celebrity, each party seems to propel it in a way that has become unparalleled, and Sunday night was the perfect example of how Coachella has almost become larger than itself. Doja Cat and Anitta wore custom Roberto Cavalli, and that in itself sprang to the pages of publications to become part of the actual news of Coachella. Kim Petra electrified audiences with her Coachella debut. YouTube broadcast the action, and if you weren’t on the grounds, that was the place to be; and to talk about being. There’s no longer any reason to miss Coachella.

It’s too early for a formal wrap-up or retrospective–Coachella still has another weekend to come. But we can’t help but already be nostalgic for the festival’s 2022 incarnation. We were, after all, Coachella-less for at least two too many years. And we can’t wait to see what weekend 2 brings, and how it all comes together.

Check out the official Coachella lineup for weekend 2 here.