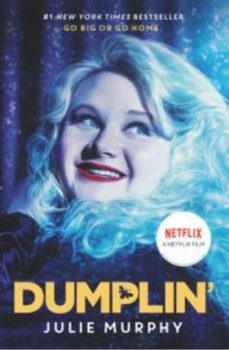 NASHVILLE – November 26, 2018 – On the eve of Dolly Parton’s latest album release, CMT is giving fans a rare glimpse into Parton’s world as she records her new album in “Dolly & Friends: Making of a Soundtrack,” a one-hour special premiering on CMT on Thursday, November 29 at 9 pm ET/PT. The special “Dolly & Friends: Making of a Soundtrack” features Parton in the recording studio with famed producer Linda Perry and recording with artists Alison Krauss, Elle King, Macy Gray, Miranda Lambert, Mavis Staples and Rhonda Vincent.

“I’m excited that folks will be able to see some of the wonderful moments Linda Perry, the amazing vocalists and I shared together behind the scenes of the “Dumplin’” soundtrack,” enthuses Dolly Parton. “Singing with all these female artists was a joy and an honor, and, Linda and I, even though we are so different, we’re almost totally alike on a creative level – we all worked really well together.”

Parton, who is an acclaimed songwriter/storyteller and one of the most honored female country performers of all time, recorded new collaborations of some of her most popular songs in addition to six original compositions co-written by Parton and Grammy nominee Linda Perry.

The songs are included on the soundtrack to the forthcoming Netflix film, “Dumplin’,” starring Jennifer Aniston and Danielle Macdonald. Parton and Perry, who had never worked together before, collaborated on their new songs and put a fresh spin on several Dolly classics, including her signature hit, “Jolene.” Cameras were there to capture it all, including Dolly Parton and Linda Perry working with the other powerful female artists.

Music fans can pre-order now (http://smarturl.it/dumplinsdtrk) the highly anticipated Dumplin’ Original Motion Picture Soundtrack. The soundtrack, which features Parton on every song, releases Nov. 30, and “Dumplin’” will premiere in select theaters and on Netflix on Dec. 7.