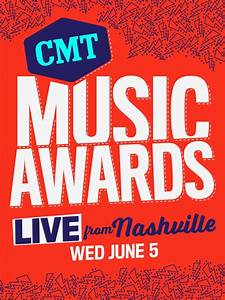 The fan-voted award show airs LIVE from Nashville’s Bridgestone Arena on Wednesday, June 5 at 8:00pm ET featuring country music’s biggest stars. Nominations for this year’s show will be revealed live on NBC’s TODAY with Jenna and Hoda with chart-topping singer-songwriter Carly Pearce on Tuesday, May 7.

Little Big Town has graced the “CMT Music Awards” stage as both hosts and honorees, with three past wins in the “Group Video of the Year” category and multiple show-stopping performances over the years. The announcement of the chart-topping recording artists returning to host comes on the heels of the release of their critically acclaimed new song “The Daughters,” from their upcoming ninth studio album.

Chart-topping country singer-songwriter Carly Pearce will reveal the nominations for this year’s show on Tuesday, May 7 on NBC’s TODAY with Hoda and Jenna, along with along with a special performance of “Closer To You” (Big Machine Records).  Fans can purchase presale tickets for the 2019 CMT Awards beginning Friday, May 10 at 11:00am ET/10:00am CT via Ticketmaster using password “BUCKLEUP”. General sale begins Saturday, May 11 at 11:00am ET/10:00am CT.  Please visit: https://www.ticketmaster.com/event/1B00569BB5AA4C4B

A limited amount of Ultimate Insider VIP Experiences are available for fans seeking celebrity treatment at the 2019 CMT Music Awards. VIPs will have the opportunity to walk the red carpet and snap a professional photo in addition to watching the show from a premium seat or the standing room pit. Before the Awards show, VIP guests will get to attend select rehearsals and soundcheck, while also having guaranteed access to a taping of CMT Crossroads, CMT New Artist Showcase, the CMT Songbird Supper Club Dinner featuring

high profile chefs from around the country and some of the hottest emerging artists on the Nashville scene, and more. To view Ultimate Insider VIP Experience details, please visit:www.cidentertainment.com/events/cmt-music-awards.

GRAMMY, ACM, CMA, and AMA Award-winning group, Little Big Town — consisting of members Karen Fairchild, Phillip Sweet, Kimberly Schlapman, and Jimi Westbrook — first entered the music scene over 20 years ago with hit songs “Boondocks,” “Bring It On Home,” “Good As Gone” and the GRAMMY-nominated “Little White Church.” Their breakthrough albums Tornado and Pain Killer produced multiple #1 singles, including “Pontoon,” “Tornado,” and “Day Drinking,” as well as the history-making, best-selling country single of the year (2015) “Girl Crush.” Little Big Town’s last studio album, The Breaker, debuted #1 on the Billboard Country Charts and Top 10 (No.4) on the Billboard 200 to critical acclaim, marking the group’s fourth Top 10 debut on the Billboard 200 chart. The album features their GRAMMY-winning, multi-week #1 single, “Better Man,” as well as the 2019 GRAMMY-nominated, “When Someone Stops Loving You.” The band is currently in the studio working on a new album. New music is expected for release this year.

Little Big Town has earned more than 40 award show nominations and in the past five years has taken home nearly 20 awards, including multiple GRAMMY, AMA, People’s Choice, CMA, ACM awards, and an Emmy award. The Country Music Hall of Fame inductees (2014) went onto receive their star on the Nashville Walk of Fame in 2017. This past July, The Country Music Hall of Fame and Museum in Nashville launched their new, yearlong exhibit called LITTLE BIG TOWN: THE POWER OF FOUR showcasing the bands powerful and storied 20-year history within the country music community. The band recently launched 4 Cellars wine, their first non-musical project as a band, with Browne Family Vineyards.

For more information on Little Big Town visit LittleBigTown.com or follow them @littlebigtown.

CMT is the leading authority on country music and lifestyle, offering a mix of original series, music events and specials. CMT is everywhere its fans are including two cable channels (CMT and the 24-hour music channel, CMT Music), radio (CMT Radio), digital (CMT App, CMT.com) and social (CMT on Facebook, CMT on Instagram and CMT on Twitter). CMT is a unit of Viacom Inc. (NASDAQ: VIA, VIAB). For more information, please visit CMT Press.