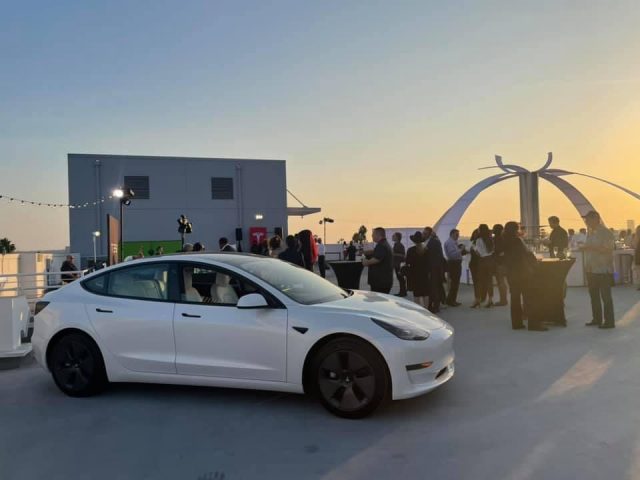 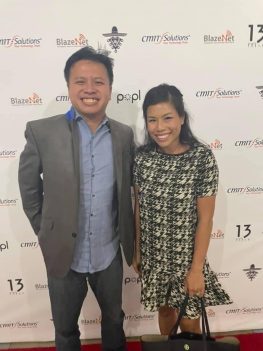 Los Angeles, CA (The Hollywood Times) 9/30/21 – The Petersen Museum is always a great site for parties, especially one that opens up the rooftop for mingling. CMIT and Tesla collaborated on a great event on cybersecurity and drew in hundreds of influential people to attend.

Attendees were ushered into the third floor where they received a free gift, red carpet photo and glasses of champagne with a backdrop of classic cars. Though the first floor James Bond room wasn’t open, the cars in the third floor showroom dazzled and impressed. 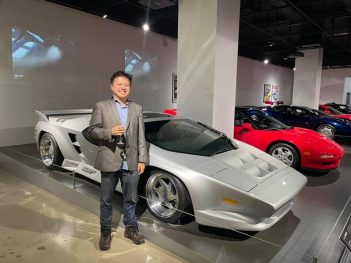 The activity and speakers were on the rooftop outdoor area, where a DJ, photo booth, food and a 360 bar served and pampered. Guests were entertained by music, mostly from the 80s such as Prince’s “Kiss” with several rollercoaster girls dancing to the jams. 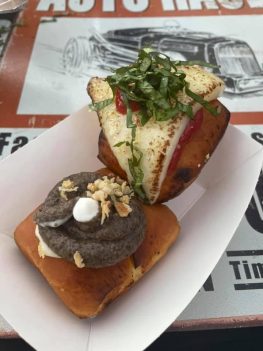 Carefully curated bites included unique pizza, mushroom and steak brioches and Nitrogen Popcorn which were all packed in flavor. Nitro Popcorn was actually my favorite as owner Kelly told me to eat it fast before the nitro coating wore off. Salted caramel and kettle corn were both so good I could not decide which one was better. 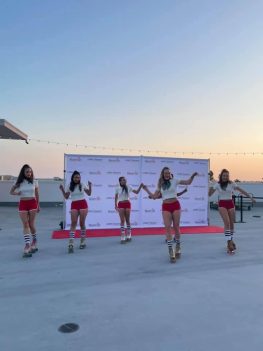 A welcome break from all the high energy fun allowed the audience to hear the important message from Ted Harrington, an ethical hacker who dispelled myths about hacking. Thanks to forces of good like Ted, the Internet is a generally safe place for us to conduct our social interactions, business and other sensitive matters.  Ted and other key members of CMIT made an effective pitch for the importance of cyber security especially for businesses and ones with sensitive info. You need the good guys, the ethical hackers, in your corner. 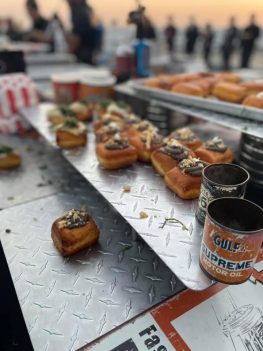 My only gripe is that the virtual odds of winning that Tesla were close to zero. The game was to roll the five dice to spell out the word “Tesla”. Anyone with a sense of math knows the chance of this is close to zero. But the idea and the small hope added to a great evening and one of the best showcases of two companies I have seen. Thank you, CMIT and Tesla.