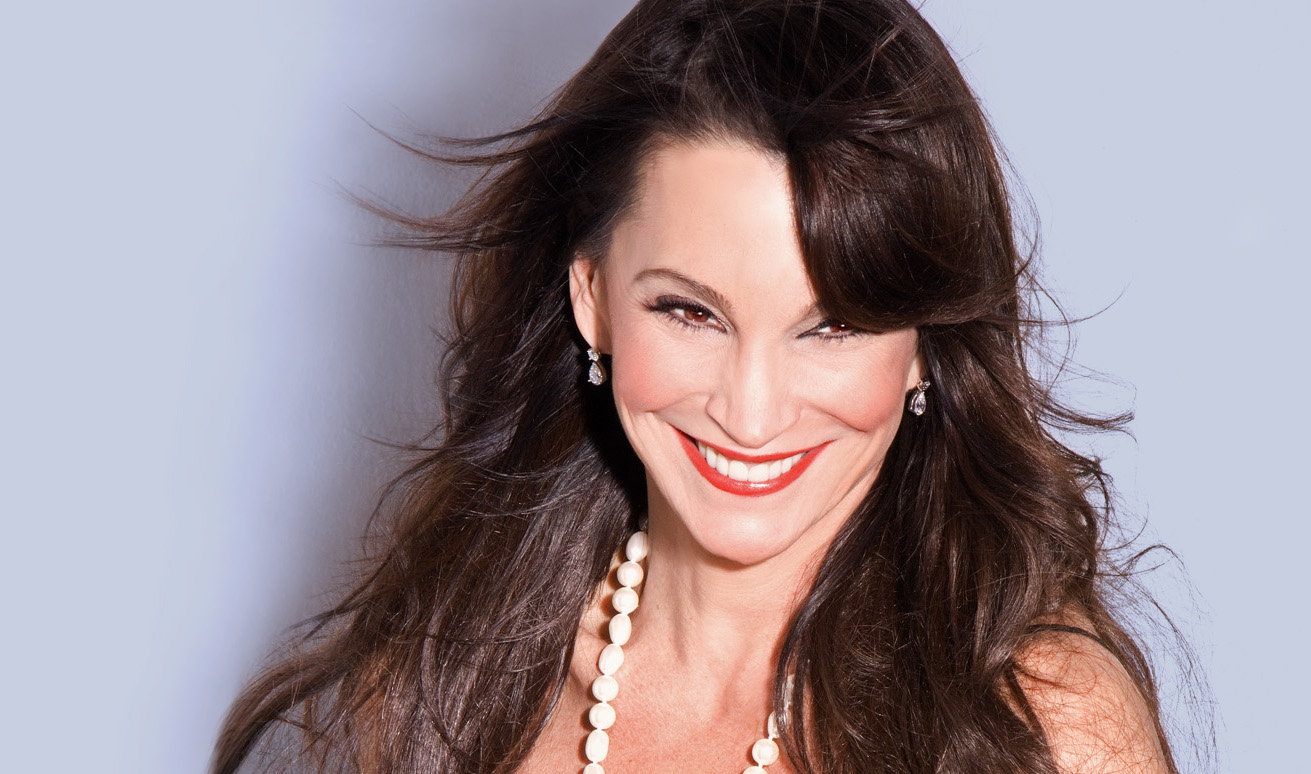 Performs in Concert Celebrating the Release of Third CD
The Arrangement

From Jazz Noir to Technicolor, jazz vocalist Sylvia Brooks ​(Tarzana resident) ​reveals a vivid array of new emotional hues on her about to be released third CD, The Arrangement, a beautifully intimate collaboration with the talents of brilliant Los Angeles arrangers. In celebration of the release, Brooks along with her arrangers will perform in concert at Catalina Jazz Club in Hollywood on Wednesday, June 7 at 8:30 p.m.

With her first two critically acclaimed albums, jazz vocalist Brooks introduced a sensuous jazz-noir sound redolent of femme fatales and tough guys, crooked deals and deep-shadowed urban nightscapes. But no great artist wants to be typecast, and with her third CD, The Arrangement, she steps out of the mist and fog into the sunlight, where she reveals herself as a singer at home in just about any narrative.
Brooks chose to connect with a superlative collection of arrangers for her third CD starting with arranger/composer/saxophone Kim Richmond, who also collaborated on her first two album; Venezuelan-born pianist Otmaro Ruiz (Dianne Reeves); pianist Jeff Colella (Lou Rawls); French-born pianist Christian Jacob(Tierney Sutton, Betty Buckley); and pianist Quinn Johnson (Steve Tyrell, Diana Ross).
When an artist succeeds in a particular niche she always faces pressure to repeat the performance, but Brooks had no intention of limiting herself. “I wanted to explore different musical styles,” she says. “I love Latin influenced music, big band swing, and rich ballads. I want to explore the whole spectrum musically.”

With a sumptuous velvet-rich voice and emotionally incisive phrasing, Brooks is far too protean a talent to be confined to any particular plotline. In creating The Arrangement, she didn’t just set out to investigate different moods and rhythms. She invited a dazzling cast of writers to craft bespoke charts tailored stylishly for her voice, while giving them casting carte blanche, an act of trust that led to a project marked by a glorious diversity of settings.
Brooks choose the songs, and gave the arrangers two directives. They had to use a combination of brass and reeds, and they could choose the musicians they felt would best serve the direction of the piece, “so it was a real collaboration,” Brooks says. “I wanted them to have complete freedom.”
The album opens with Ruiz’s lush setting for “Perhaps, Perhaps, Perhaps (Quizas, Quizas, Quizas),” an intoxicating piece that connects Brooks to the Cuban music she heard growing up in Miami. He provides Brooks with another sleek and sensuous Latin vehicle on the oft-interpreted standard “Besame Mucho,” which she delivers as a passionate fever dream accelerated by a simmer tenor sax solo by the reed master Bob Sheppard.
Brooks takes an unexpected left turn as Johnson’s brassy, briskly swinging arrangement transforms Hank Williams’ classic country lament “Cold Cold Heart.”

He also proved to be an ideal songwriting collaborator for Brooks, who contributes original lyrics to three beautifully wrought pieces, starting with their slyly funky anthem about mistaken first impressions “What Was I Thinking (The Mirage).” She teamed with the multi award-winning composer Patrick Williams on “Maybe I’m A Fool,” a lovely portrait of romantic self-doubt arranged with rollercoaster energy by Johnson.
Jacob, who wrote the widely hailed score for Clint Eastwood’s 2016 film Sully, collaborated with Brooks on one of the album’s most arrestingly beautiful pieces, “Sweet Surrender,” an intimate piano and voice duet with a graceful melody that needs no embellishments.

Another standout track is Jacob’s quietly dramatic setting of Lennon and McCartney’s “Eleanor Rigby,” a rendition as effective and unforgettable as a jazz vehicle (listen to the deft interplay of Jacob’s Fender Rhodes chords and Larry Koonse’s guitar) that one can only marvel at her ingenuity.
Clearly undaunted by legendary artists, Brooks puts her personal stamp on “Guess Who I Saw Today,” the forlorn narrative indelibly linked to Nancy Wilson. She closes the album with an unforgettable version of “Angel Eyes,” a haunting Richmond arrangement that links back to Brooks earlier jazz-noir albums. She’s still a riveting raconteur when it comes to tales of loss and heartbreak, but she’s got a lot of other stories to tell on The Arrangement.

Who:  Slated to perform on June 7

Born and raised in Miami, Florida, Sylvia Brooks came to music as a birthright. Her father, pianist/arranger Don Ippolito, was a first-call player who performed with such giants as Stan Getz, Buddy Rich, Peggy Lee, Sarah Vaughan and Dizzy Gillespie. Her mother, Johanna Dordick, was a conservatory-trained opera singer, who also dazzled audiences singing pop tunes and standards at East Coast night clubs and resorts (she went on to found Los Angeles Opera Theater in 1978).

While Brooks absorbed this fabulously rich musical heritage, her initial calling to the stage took the form of acting, and she trained at ACT in San Francisco under the great director Allen Fletcher.
Relocating to Los Angeles, she pursued work in television and theater, while longing to return to her jazz roots. In a fateful turn of events it was the death of her father that opened the door. In looking for several of his original pieces to have played at his funeral she immersed herself in her father’s extensive archive, an experience that sparked a jazz epiphany. She sought out the great pianist Tom Garvin, who took her under his wing and wrote a set of charts for her.
Brooks made her performing debut at the Jazz Bakery, and gained international attention with her impressive 2009 release Dangerous Liaisons. Featuring arrangements by Garvin, saxophonist Kim Richmond, and Colella, whose trio with bassist Chris Colangelo and drummer Kendall Kay provided expert accompaniment, the project introduced her sultry jazz-noir concept.
She may have embraced the dark side in her music, but she found working with musicians a ray of sunlight. “Musicians are real, down to earth people” she says. “I loved being in control of my own destiny. I didn’t have to do an audition. I could pick the songs and the musicians I wanted to work with. I had been singing jazz for a year when we made the first CD, and it really took off”, she says.
Brooks ventured further into the shadows on 2012’s critically-acclaimed follow up Restless. Kim Richmond’s sumptuous arrangements for the aptly named Atmosphere Orchestra made brilliant use of jazz and studio heavyweights like violinists Henry Scorzo and Jeff Gauthier, harmonica great Ron Kalina, and pianist Jeff Colella.

The result was a hot and bothered musical sojourn that San Francisco Bay Area jazz critic Andrew Gilbert described as “an erotically-charged, noir-tinged realm…exposing the deep currents of longing, desperation and heartache running through the American Songbook.”