Classic Country trailblazer and soon to be fifty-three year member of the Grand Ole Opry®, Jeannie Seely, announced the release of her highly-anticipated album, An American Classic, on Curb Records today. Digital downloads, streaming and physical copies of An American Classic are available on all digital music platforms at https://JeannieSeely.lnk.to/AnAmericanClassic.

“There is simply no way to express how proud I am of this album!  Everything about the making of it has been an honor…working with Don Cusic as producer, having the classic guests, finding classic songs, and most importantly for it to be on Curb Records,” shared Jeannie Seely. “Mike Curb has done so much for our industry and for my work to be added to his legacy is more than I could have ever imagined.  We hope you will enjoy An American Classic!”

“We are thrilled to have the opportunity to put out Jeannie’s new album, An American Classic.  When I was first starting my company in Los Angeles, we didn’t have a country music radio station and I was fortunate to hear “Don’t Touch Me” because it crossed over on to mainstream radio,” said Chairman of Curb | Word Entertainment, Mike Curb. “That song was such a compelling record and it showcased Jeannie’s amazing talent.  She has continued to share that talent for many decades at the Grand Ole Opry and other venues. The exciting thing about her album is that she has recorded songs she has never recorded before, in addition to her hits.”

Jim Ed Norman served as the Executive Producer for the project for Curb Productions, Inc. The idea for the project was curated by Don Cusic who oversaw production, with help from Country Music icon Ray Stevens on the song “To Make A Dream Come True.”

4. “Teach Me Tonight” – Songwriters Sammy Cahn and Gene De Paul – This was originally a hit for Jo Stafford in 1954; it has also been recorded by Janet Brace, Dinah Washington, Helen Graco, the De Castro Sisters and the McGuire Sisters.

5. “Can I Sleep in Your Arms” – Songwriter Hank Cochran – This was a top ten hit for Jeannie in 1974. Original was produced by legendary producer Walter Haynes. Released in July 1973 under MCA Records, the song peaked at #6 on the Billboard Magazine Hot Country Singles chart, becoming Seely’s first top ten solo hit since 1968, and first major hit on the RPM Country Tracks chart in Canada, reaching #4. The song, written by Seely’s one-time husband Hank Cochran, was also recorded by Willie Nelson for his classic album, Red Headed Stranger.

6. “All Through Crying Over You’” – Songwriter Jeannie Seely – Recorded with Rhonda Vincent. This song is a country “shuffle” that features Rhonda Vincent, reigning queen of  Bluegrass music, whose recent #1 hit, “Like I Could,” was written by Jeannie Seely.

8. “Not a Dry Eye in the House” – Songwriter Dallas Wayne – Recorded with Willie Nelson who sings and plays his famous guitar, “Trigger,” on this song.

10. “Old Flames (Can’t Hold a Candle to You)” – Songwriters Pebe Sebert and Hugh Moffatt – Recorded with Waylon Payne. Was originally a hit for Joe Sun in 1978; was a number one single for Dolly Parton in 1980. Jeannie Seely recorded this song with Jody Payne, Willie Nelson’s longtime guitar player. Waylon is the son of the late country star, Sammi Smith, and Jody Payne.

11. “That’s How I Roll” – Songwriters Tim Atwood & Brent Ronen – Recorded with Lorrie Morgan on vocals, and Vince Gill on guitar, this is a rockabilly rockin’ song with super-slick piano. 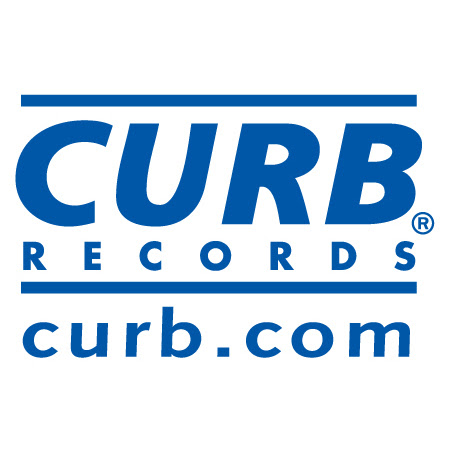 Celebrating 56 years in business, Curb Records is one of the world’s leading independent music companies. Owned and operated by Mike Curb since 1964, Curb Records has achieved 435 number one records, over 1,500 hundred Top Ten records and charted over 4,500 total records. With over a half century in operation, Curb Records has been influential in the careers of some of the biggest names in music, including: Tim McGraw, Hank Williams, Jr., Rodney Atkins, Lee Brice, LeAnn Rimes, The Judds, Dylan Scott, Sawyer Brown, Wynonna, Lyle Lovett, JoDee Messina, Hal Ketchum and Desert Rose Band, among many others. Today’s roster includes some of the top names across multiple genres of music. For more information, visit www.curb.com