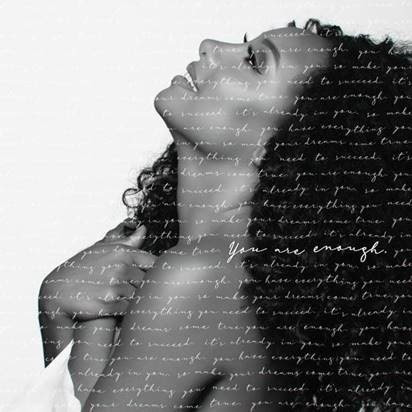 LOS ANGELES — Fresh off the heels of her acting debut in “The Clark Sisters: First Ladies of Gospel,” R&B/Soul artist  Sheléa  announces her highly anticipated single “You Are Enough,” set for release on May 4. The biopic, produced by Queen Latifah, Mary J Blige and Missy Elliot, debuted on April 11 as the highest rated original movie of the year on all of television with 2.7 million total viewers.

The unparalleled songwriter/pianist is intent on bringing back organic singing and songwriting, blending traditional pop, jazz, R&B and soul, as she evokes the sultry energy of Whitney Houston and the piano chops and writing prowess of Alicia Keys.

Sheléa recently joined Coldplay’s Chris Martin, John Legend, H.E.R., the Lumineers and Hozier as a part of Global Citizen’s #TogetherAtHome series which works to fight coronavirus and promote social distancing. She is confirmed to perform in the upcoming “Call to Unite” streaming event on May 1, with an introduction from Quincy Jones.

With “You Are Enough,” Sheléa hopes to inspire listeners with a strong message of empowerment.

“I had this idea of setting affirmations to music and calling it, “Songfirmations.” I’m excited that You Are Enough will be a source of encouragement to anyone who needs it,” said Sheléa.

Sheléa is a powerhouse vocalist that is the epitome of class and style. She represents a return to true artistry that has garnered attention from numerous legends in the music industry, including Quincy Jones, Stevie Wonder and David Foster, among others.

She has performed at the White House with Wonder for  President Barack Obama, Library of Congress, Carnegie Hall and the Kennedy Center, to name a few. She’s also appeared on several PBS specials, including ‘A Grammy Salute to Music Legends’ paying homage to Tina Turner and her own recent PBS Special, Quincy Jones Presents Sheléa featuring David Foster.

She began as a songwriter/vocalist with legendary producers  Jimmy Jam and Terry Lewis. Her early career experience led to writing and producing for Chanté Moore’s album Love the Woman and recording vocals on major motion picture soundtracks for Hotel Rwanda, Akeelah and the Bee and Be Cool.

In 2008, Sheléa teamed up with the Grammy Award-winning Take 6, singing “Someone to Watch Over Me” for their Grammy-nominated album The Standard.  She went on to compose and perform the theme song “Love Fell  On Me” for SONY’s Jumping the Broom (2011) starring Angela Bassett and wrote for the CW series Black Lightening.