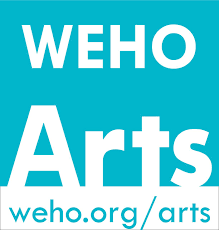 –by Dr. Laura Wilhelm, LauraWil Intercultural
West Hollywood, CA (The Hollywood Times) 7/25/16 – The winners of the 68th Los Angeles Area Media Awards were announced on Saturday, July 23rd, 2016 at the new Saban Media Center at the Television Academy.  The City of West Hollywood won an Emmy in the category of Public Service Announcement (PSA) for the City’s WeHoTV Channel’s 60-second PSA video entitled Winter is Here!  But the Drought is Far From Over.
Designed as a mock TV-series preview trailer, this PSA parodies HBO’s Emmy-winning program GAME OF THRONES.  Instead of traveling through the mythical land of Westeros, viewers travel on a storybook tour of what a fictional West Hollywood might look like if the drought were to continue. 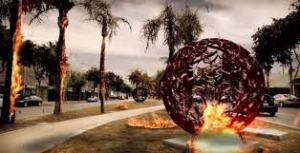 Winter is Here!  But the Drought is Far From Over was developed and produced in-house by the City of West Hollywood’s Communications Department with Lisa Marie Belsanti as the producer.  The video was released in partnership with Change the Course, a first-of-its-kind water sustainability campaign that leverages its partners–Participant Media, National Geographic Society, and the Bonneville Environmental Foundation–to engage communities concerning water conservation. 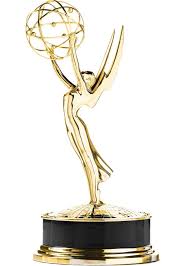 Award winners were selected by national and Los Angeles Area Peer Group Members within the Television Academy.  Mayor Lauren Meister accepted the award on behalf of the City of West Hollywood along with Director of Communications Lisa Marie Belsanti; Public Information Officer Joshua Schare; and Assistant to the City Manager Janet Jimenez.
“The City of West Hollywood’s Communications Department consistently produces award-winning materials for community outreach and engagement,” said Meister.  “I’m proud of this achievement and of the high caliber of the work we do.”
For more information about Winter is Here!  But the Drought is Far From Over or any of the City’s other PSAs, please call Lisa Marie Belsanti at (323) 848-6378.  For people who are deaf or hearing impaired, please call TTY (323) 848-6496.  You may watch the video at https://youtu.be/ybKFa2X6RB8