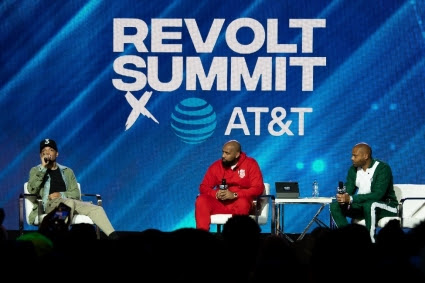 Day two of the Summit made big moves as the city of Atlanta named November 11th as “REVOLT Day” and awarded REVOLT CEO Detavio Samuels with an official proclamation.

One of the highlights of the evening was the Be Heard Finale, where the top five audition HBCU contestants stepped onto the stage and flexed their talents. Hosts Druski and Rapsody crowned 18-year-old Nia Thompson of Desoto, Texas as the winner. The Freshman at Clark Atlanta College was awarded $10,000 and surprised onstage with an additional $10,000 from Sharod Simpson, owner of the Summit’s venue, 787 Windsor.

Day two of the Summit ended with a live performances from Yung Bleu, Rubi Rose and Nyla Symone who received standing ovations from the crowd.