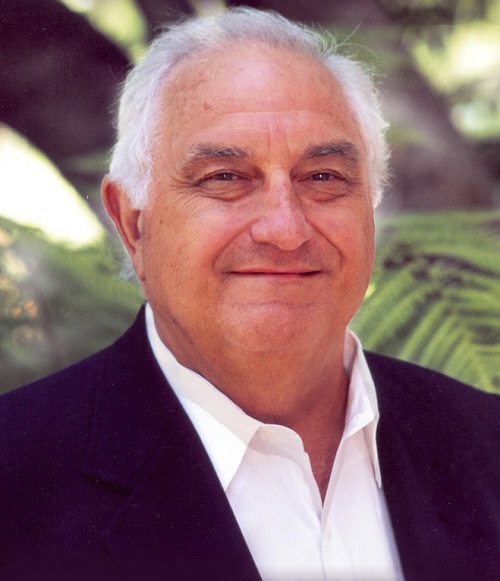 April 24, 2021 – Los Angeles –  As the Co-Chairs of the Caucus of Producers, Writers & Directors and the President of the Caucus Foundation, Robert Papazian, James Hirsch and Sharon Arnett are extremely saddened to announce the passing of the legendary Chuck Fries.

Chuck was the heart and soul of the Caucus for over 45 years.  His leadership and dedication kept our organization moving forward and supporting the creative talents in our industry.

Twenty years ago, he was instrumental in creating the Caucus Foundation which has now given over $2 million to help College and University students complete their work and help them begin their careers in film and television.

Chuck leaves behind a large and loving family and a legacy as the “Godfather” of the Television Movie and a creative producer and business executive responsible for hundreds of important and successful features and television programs.  He has also been honored by many industry groups including the Producer’s Guild, the TV Academy, and others, but it is our personal connection to Chuck and his guidance in our work at the Caucus that stands out to all of us in the organization at this sad moment.  We wish his family our most heartfelt condolences.  His passing will leave an enormous void in the entertainment industry and in the Caucus and its Foundation.

His commitment to helping the next generation is evident in the mission statement of the Foundation and his family requests that any donations in his honor be made to the Caucus Foundation at https://www.caucusfoundation.org/donate.html

Charles William Fries (born September 30, 1928) is an American film producer, television producer, and executive producer who has worked on thousands of TV series, made-for-TV movies, and theatrical films during a career that spanned 66 years.  Born in Cincinnati, Ohio Fries, moved to Los Angeles in 1952 and began working for the production and syndication company, Ziv Television Programs. He later worked at Screen Gems, Columbia Pictures and Metromedia.  In 1974, he formed Charles Fries Productions, which later became Fries Entertainment, where he produced and/or supervised more than 275 hours of television movies and mini-series. Among the projects he produced are The Amazing Spider-Man television series, The Martian Chronicles, Bitter Harvest, Small Sacrifices and The Neon Empire. In 1989, Chuck and his wife Ava, co-produced Troop Beverly Hills.  Chuck is known as the “Godfather of the Television Movie”, has a Star on the Hollywood Walk of Fame and has been a member of The Caucus for Producers, Writers, & Directors for over 45 years, where he served five terms as Chair and received their most coveted Awards.