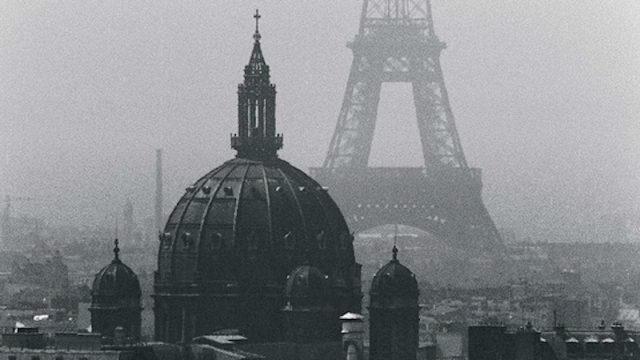 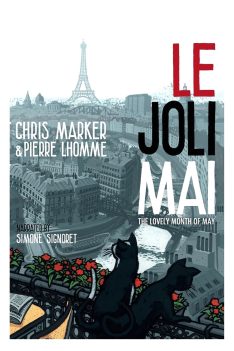 Los Angeles, CA (The Hollywood Times) 4/30/22 – The Motion Picture Academy Museum is presenting a retrospective of the films of French filmmaker Chris Marker beginning Sunday, May 1, 2022. The first film in the series is The Lovely Month of May (Le Joli Mai, 1962), which Chris Marker made with Pierre Lhomme. This 145-minute-long documentary is a portrait of Paris and Parisians during May 1962, the first springtime of peace after the ceasefire with Algeria and the first time in 23 years that France was not involved in any war. While in the thick of starting and stopping time itself with his sci-fi masterpiece Le Jetée (which screens on May 5), Chris Marker was also gathering 55 hours of off-the-cuff footage from every corner of Paris in collaboration with cinematographer Pierre Lhomme. The initial subject for the documentary-essay hybrid distilled from those many hours, Le Joli Mai, was in many ways a direct lift from Jean Rouch and Edgar Morin’s Chronicle of a Summer, a multi-paneled psychological inquiry into the concept of happiness.

Rouch and Morin used their question to investigate the boundaries of cinema’s capacity to reflect verité, and to reveal the level of performance that documentary subjects invariably supply whenever a camera is present (even one as, at the time, mobile as Chronicle of a Summer’s). The refrain throughout Rouch and Morin’s film is “Are you happy?” Marker and Lhomme dance around the question, but then again, their film is structured to dance around everything, even if the dancing – much like the conservative movements of Michel Gasty, seen in the film in his 72nd hour of an effort to break the world record for doing the twist – is cagey and detached.

With the Évian Accords effectively ending the Algerian War, France in May of 1962 was experiencing its first era without any involvement in wars in 23 years. The film opens with a figure scaling to the peak of a distinctively peaked roof and gazing upon the Parisian skyline at dawn. Actress Simone Signoret, voicing Marker and Catherine Varlin’s thoughts, says, “One would like to return to Paris after a long absence to find out whether the same keys open the same doors,” establishing surprise and discovery as the film’s default mode. Or, as one of the film’s very transitory subjects puts it with beautiful guile, “I don’t think. It’s the ultimate wisdom.”

And yet, Marker can’t help but underline at the outset cinema’s inherent surfeit of artifice, calling into question any conclusions one might draw from his cross-section. The first person interviewed is a suit salesman who defines happiness as, in short, something other people have. Caught up as he is in the grind of a low-paying job and a family to support, he laughs off the concept of happiness before musing that he finds solace in a movie theater. Informed that his choices now are Agnès Varda’s Cléo from 5 to 7 and Alain Resnais’ Last Year at Marienbad, he scoffs and admits he prefers films that involve “killing…then calling.” Action first, analysis after.

In that vein, Le Joli Mai is split into two distinct chapters. The first, “A Prayer from the Eiffel Tower,” is the more discursive of the two, gliding from one scene to the next in a free associative frenzy. A stroll down the chaotic but vibrant markets of Rue Mouffetard (“La Mouffe”) are set against the discussions of two architects appraising the soullessness of modern architecture off in the suburbs, one of them pompously suggesting they model their tenements after Babar’s kingdom of Celesteville. A shot of one woman’s garden of plastic flowers is framed by a beaten-up WWII sign warning of air raids. The man who invented car stabilizers expounds on the nature of luck (and how women are great men’s “spare wheel”) as the camera zooms in on the giant spider creeping across his tie, unbeknownst to him. A ceremonial release of doves inspires Marker (through Signoret) to muse that doves are “dirty, cruel creatures,” compared to the “beautiful, pleasant, deep” owl. What Marker and Lhomme seem to be doing is establishing not whether happiness exists in the jolly month of May of 1962, but probing the context that happiness would exist against, possibly in opposition thereof.

If Le Joli Mai’s first half covers the “killing” half of the suit salesman’s equation, the second half, “The Return of Fantomas,” places more than just a few important calls. The conversations get more directly political, the subjects more overtly chosen to fill specific roles (e.g. two engineers speculating on the diminishment of a 40-hour work week, a young Algerian man speaking on his difficulty finding fulfillment in France). And what starts to become more apparent isn’t the nature of the answers or the juxtapositions (after one man declares women aren’t fit for politics, a woman is shown musing that “a dictatorship is tolerable, if it’s an intelligent one”), but rather the faces of the people who invariably gather around the people being interviewed.

A young couple walks away in what appears to be disgust after a discussion of wages skews toward bullet-pointing effects as “negative or positive,” but many others more closely resemble the youth who none-too-convincingly positions himself behind stockbrokers to ensure the camera captures him listening to their conversation; his lack of reaction to such claims as “natural laws have no bearing (at the market) anymore” make it clear he isn’t. As he does in all of his best works, Marker constantly scans the fluctuations of human behavior with the clarity of a poet. Only here he occasionally finds humans’ “amusements are the zombies of happiness.”

Born in 1921, Chris Marker creatively reworked his life as if editing one of his own films. Marker was born in Paris in 1921, fought in the Resistance, and rose to relative prominence as an older member of the French New Wave of film-making in the 1950s and 1960s. Marker was famously represented by images of his cat in place of his own image and rarely gave interviews. The name Chris Marker itself is a pseudonym, his real name being Christian François Bouche-Villeneuve. This seeming retreat was not one from the world, as his films remained deeply connected to politics and people.

This retrospective celebrates the recent centennial of the filmmaker, writer, journalist, photographer, philosopher, and lover of cats. In the 1950s and 1960s, his work was marked by the essay form, as he traveled to China, Siberia, and Cuba. In 1962, he came to international attention with his now-iconic sci-fi short, La Jetée, made while he was filming the sprawling documentary about contemporary French society, The Lovely Month of May. In this decade, deeply influenced by the anti-Vietnam War movement and the revolutionary spirit of May 1968, Marker was actively involved with SLON, a filmmaking collective dedicated to activist production. He reemerged to make films under his own name in the 1970s and 1980s, and became interested in digital technology in the 1990s and 2000s.