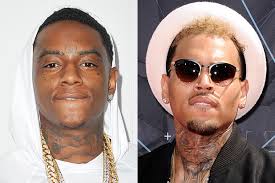 Will Fight End In A Draw?

Fight To End In Even/Odd Number Round?

Fight To End Via Decision or Stoppage?

Everyone involved in this is convinced that this fight is going to happen in Las Vegas at what would be a half empty MGM Grand Gardens Arena. Floyd Mayweather’s promotional company is definitely qualified to promote boxing–and that’s one of the problems. There’s no guarantee that either fighter could get licensed as an amateur in Nevada among countless other logistical issues in making the fight happen. They could always run it as an ‘unsanctioned exhibition’ but it’s the same deal–this could get Mayweather’s promotional business in trouble with the Nevada State Athletic Commission and they can’t run this risk. They could always promote in another state but that makes the overhead costs of producing and promoting the fight increase due to the additional travel involved. And there’s no guarantee they could get all the regulatory issues resolved anywhere else plus given the reciprocity between state athletic commissions this could also potentially cause trouble back in the ‘Silver State’.

What will eventually happen is a bit of cost/benefit analysis. ‘The Money Team’s’ accountants will realize that this is an event that no one–including fans of Soulja Boy and Chris Brown–will pay to watch on PPV and that it’s just a money losing proposition. Don’t be surprised if the talk of this fight quietly disappears over the next few weeks. It’s significantly more likely that the principals will record an album or go on tour together than it is they’ll ever meet in a boxing ring.

For more than 25 years, Jim Murphy has written extensively on sports betting as well as handicapping theory and practice. The international gambling expert has been quoted in media from the Wall Street Journal to REASON Magazine. Murphy worked as a radio and podcasting host broadcasting to an international audience that depended on his expertise and advice. Murphy is an odds making consultant for sports and ‘non-sport novelty bets’ focused on the entertainment business, politics, technology, financial markets and more. He has set numbers for a wide array of nontraditional events from the Lingerie Football League and commodity prices to how many people would get ‘whacked’ in the season premiere of The Sopranos. Most recently, he’s contributed odds advice on the 2016 Presidential elections, the next James Bond actor, blockbuster movie releases like Star Wars Rogue One and iPhone sales figures. Mainstream media sources rely on Murphy for his perspective on business and political events related to the international gambling industry including the UIGEA and worldwide consolidation. He splits his time between Salt Lake City, Utah and Columbia, South Carolina.