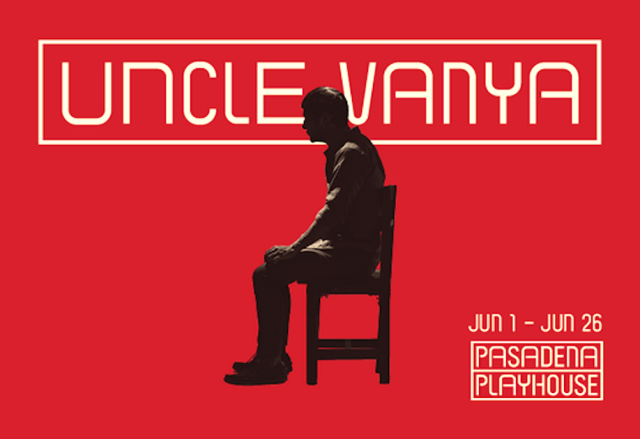 Pasadena, CA (The Hollywood Times) 6/6/22 – Sunday, June 5, was the opening night of an exhilarating revival of Anton Chekhov’s classic play Uncle Vanya at the historic Pasadena Playhouse. Directed by Michael Michetti, this production of Uncle Vanya follows the lively updated translation of the Russian play by Richard Nelson, Richard Reyear, and Larissa Volohonksy which first premiered at San Diego’s Old Globe in 2018. Uncle Vanya is perhaps Chekhov’s most celebrated play, having first been produced for a metropolitan stage at the Moscow Art Theatre in 1899 under the direction of Konstantin Stanislavksi. Uncle Vanya looks closely at the relationships of the Serebryakov family as they teeter on the edge during a hot summer amidst growing passions and financial pressures. It has been translated, adapted, and parodied frequently throughout its legacy. With the conversational smoothness of this new translation of Uncle Vanya and a strong performance by an accomplished set of actors, this production is a beautifully rewarding exploration of stunted lives, caught between personal isolation and communal action, between the lure of love and a sense of duty. The opening night performance of June 5, was followed by a reception in the courtyard of the Pasadena Playhouse. The play runs from June 5 through June 26. Ticket prices begin at $30. For tickets, call the Box Office at 626-356-PLAY or email boxoffice@pasadenaplayhouse.org.

Uncle Vanya portrays the visit of an elderly professor and his glamorous, much younger second wife, Yelena, to the rural estate that supports their urban lifestyle in St. Petersburg. After years of caring for their family’s crumbling estate, Vanya (Hugo Armstrong) and his niece Sofia (Sabina Zúñiga Varela) receive an unexpected visit from his brother-in-law, Professor Aleksandr Vladimirovich Serebryakov (Brian George) and his alluring much-younger wife Elena (Chelsea Yakura-Kurtz). When hidden passions and tumultuous frustrations come to a boil in the heat of the Russian summer, their lives threaten to come undone. Comic, cutting, and true to life, this brilliant new translation of Uncle Vanya provides an up-close, conversational-style encounter with a classic drama that definitely feels contemporary.

Two friends –Vanya (Hugo Armstrong), brother of the professor’s late first wife, who has long managed the estate, and Astrov (Brandon Mendez Homer), the local country doctor – both fall under Yelena’s spell, while bemoaning the boredom of their provincial existence. Sonya (Sabina Zúñiga Varela), the professor’s daughter by his first wife, who has worked with Vanya to keep the estate going, suffers from her unrequited feelings for Astrov. The country doctor Astrov is preoccupied with the destruction of the forests in Russia – a passion which seems to bore Elena. Matters are brought to a crisis when the professor Aleksandr announces his intention to sell the estate, Vanya and Sonya’s home, with a view to investing the proceeds to achieve a higher income for himself and his wife.

Uncle Vanya is unique among Chekhov’s major plays because it is essentially an extensive reworking of his own play published a decade earlier, The Wood Demon (1889), a play that was a failure on stage. In the revision process, Chekhov reduced the cast from almost two dozen down to nine, changing the climactic suicide of The Wood Demon into the famous failed homicide of Uncle Vanya, and altering the original happy ending into a more ambiguous, less final resolution. This seems to reflect Chekhov’s overall view of life’s disappointments and failed dreams – a dominant theme in his The Seagull, Uncle Vanya, The Three Sisters, and The Cherry Orchard. Chekhov’s exceptional powers of observation were no doubt sharpened by his scientific training as a physician, which enabled him to bring to the stage living characters. “Medicine is my lawful wife”, he once said, “and literature is my mistress.” Chekhov described his intention in playwriting as this: “I wanted to tell people honestly: ‘Look at yourselves. See how badly you live and how tiresome you are.’ The main thing is that people should understand this. When they do, they will surely create a new and better life for themselves.”

If Chekhov’s plays can be said to have a great idea, it must be that human beings must work ceaselessly and that their labor must be accompanied by a faith in the usefulness of that work, a faith in the future. In all his best plays, the themes of work, faith, and purpose are present, and in all there is a stab of pain and pity at the recognition of how often humans are idle, how many there are who do no work, how many who work to no end, how few who possess faith, how difficult it is to persevere in one’s faith, how often dreams are not fulfilled, and how transient is all human happiness. Chekhov found a way to fulfill his dream of capturing real life on the stage by rejecting the dramatic conventions of his time. Although the drama of his contemporaries focused on action, often melodramatic action, Chekhov’s last plays are primarily works of inaction, works in which the needed action takes place offstage. Chekhov prevents the audience from being distracted by activity, focusing attention on the inner lives of his characters.

These inner lives are often both painful and ridiculous. It has long been a difficulty for critics that Chekhov called The Seagull and The Cherry Orchard comedies and insisted that they were not tragic. In truth, many of the characters in his plays are absurd: Their concerns are ridiculous, and the detached observer must confess that they are silly. The ending of Uncle Vanya is not an easy one, as all illusions for Uncle Vanya and his niece Sonya have been stripped away, as the Professor and his wife Elena leave to return to St. Petersburg. Vanya knows that his efforts at maintaining the country estate have been wasted, and Sonya knows that her love for Astrov, the country doctor, has been in vain. Astrov leaves also, and while he will return, his visits will be less frequent than before. In the final scene, Sonya and Vanya sit down to their work again, and while Vanya might not be able to endure on his own, Sonya’s strength and faith in the future enable them to continue. In the long closing monologue, she voices her resolve to endure: “Well, what can we do? We must go on living. We shall go on living.  . . . We shall live through a long, long succession of days and tedious evenings.”

To some extent, the beauty of this production of Uncle Vanya shines from the fine new translation of Chekhov’s play by Richard Nelson, Richard Peyear, and Larissa Volokhonksy. Nelson, who wrote the book for the Tony Award-winning musical version of James Joyce’s The Dead, has also adapted three other Chekhov plays: Three Sisters, The Seagull, and The Wood Demon. Prior to Uncle Vanya, Nelson worked with Richard Pevear and Larissa Volokhonsky on translating other works from a selection of playwrights.

But what is a wonderful surprise is the wonderful acting of the players in this production. Brilliant and comedic as Uncle Vanya is Hugo Armstrong, who has been seen most recently at the Geffen Playhouse in Power of Sail and has a long history of work in television. He has been a part of productions at CTG, Sacred Fools, Theatre of Note, Kennedy Center, LATW, The Echo, RedCat, Walt Disney Concert Hall, Boston Court, and South Coast Rep. Sabina Zúñiga Varela who plays Sonya in this production, holds an MFA in Acting from The University of Southern California where she currently teaches at MFA and Undergrad for the USC School for Dramatic Arts. She has been seen in Culture Clash’s Bordertown Now (Pasadena Playhouse); You Never Can Tell (CalShakes); Native Gardens (Cincinnati Playhouse); Culture Clash’s Chavez Ravine (Kirk Douglas Theatre). Chelsea Yakura-Kurtz is a member of the Antaeus Theatre Company (Glendale) and has performed as Kat in the World Premiere of the Steinberg-ATCA award-winning How The Light Gets In at Boston Court, Alais in The Lion in Winter at Laguna Playhouse and Juliet in Romeo and Juliet at Arizona Theatre Company.

Brian George, who is the Professor in Uncle Vanya, has been in countless television sit-coms and dramas, including; Seinfeld, various of the Star Trek TV services, Grey’s Anatomy, Secret Life of the American Teen, The Big Bang Theory, The Resident, and the series, I Feel Bad. On stage he has appeared in Charles Mee’s A Perfect Wedding (Kirk Douglas Theater); David Hare’s Stuff Happens (Mark Taper Forum); Vicuña (Kirk Douglas and Mosaic Theater, Washington DC); Yes, Prime Minister and Witch (Geffen Theater) – the latter winning the LA Drama Critics Circle Award in multiple categories, including Best Ensemble. Anne Gee Byard who plays the mother of Sonya and mother-in-law of the Professor from his deceased first wife is also a member of the Antaeus Theatre Company and has performed locally at The Mark Taper Forum, Kirk Douglas, Geffen, Pasadena Playhouse, La Mirada, and the Ensemble in Santa Barbara as well as across the country including ACT.

Brandon Mendez Homer, who is the country doctor Astrov is a product of the Michael Chekhov Actors Studio Boston and was last seen in Wolf Play at Soho Rep in New York City. His TV Credits include Jesus Christ in The Good Fight (Paramount+), Blue Bloods (CBS). Other Off-Broadway and regional theater work includes A Midsummer Night’s Dream (Shakespeare on the Sound). Playing the aged family nurse in the Serebryakov household is Jayne Taini, who previously starred in Enchanted April at the Pasadena Playhouse and has performed in various plays at the Mark Taper Forum and Wallis Annenberg Theatre, as well as television miniseries.