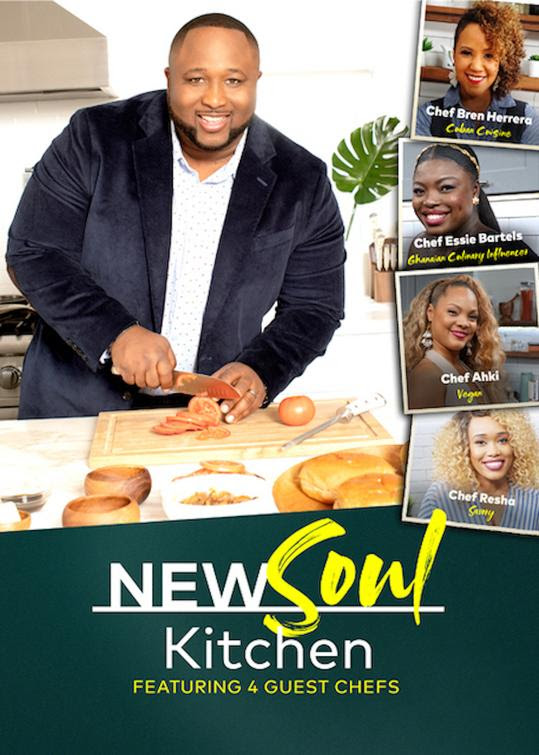 Chef Jernard Wells is known for his appearances on the Food Network, TODAY Show, Pickler & Ben, and many other programs, and has published numerous cookbooks. In the previous season, Chef Jernard Wells cooked alongside one of four culinary influencers each week. They included Chef Essie Bartels who specializes in Ghanaian cuisine, Chef Ahki Taylor who specializes in vegan cuisine, chef Resha Purvis (soul), and Chef Bren Herrera (Afro-Cuban). The new season will feature Chef Wells on his own.

In this demonstration, with the guidance of host Chrystal Willis of JL Media, Chef Wells walks his audience through several “quick-fix” holiday-themed dishes and cocktails, offering vegan and non-alcoholic options for each. He starts out with Thai-chili turkey meatballs, paired with a cinnamon maple whiskey sour, followed by vanilla-caramel bread pudding, paired with an Apple Cider Mule cocktail to top it all off.

The unscripted nature of the demonstration – with real-time interaction with audience members and the host– gave it an authentic, light-hearted, and improvisational feel. As Chef Wells walked us through his cooking demonstration, he incorporated nutrition and healthy lifestyle advice, cooking tips, parts of his own personal journey with food, all seasoned with his trademark effervescent style and sense of humor.

Early in the program, Chef Wells challenged the audience to identify ‘muscovado’ without googling it, after he named the spice as one of his favorites to keep in the kitchen. The correspondent from this publication, Valerie Milano, correctly identified it as brown sugar. Chef Wells promised to send a ‘cool gift’ to the winner of the contest.

In between cooking his dishes, Chef Wells shared his cooking ‘origin story’ with viewers, from starting his own restaurant-kitchen at the age of 16, dropping out of college to attend culinary arts school, traveling the world to study different cuisines, meeting celebrity chef Paula Dean early in his career, and publishing his own cooking books. Chef Wells’ journey towards learning how to eat and live healthily, and how he has adjusted his cooking to match his health goals, was a theme of the episode. He mentioned his book Southern Modified, which explains how to modify traditional Southern dishes to make them healthier.

As Chef Wells walks viewers through his recipes, Chrystal Willis prompts him to offer vegan, non-alcoholic, and other modifications to his dishes, providing viewers options to tailor his recipes to their lifestyle.

The demonstration concluded with a Q&A session with the viewers. When Catori from Tori Talk asked him what he wants people to take away from his new season, Chef Wells answered that he wants to show his viewers how to cook great meals in a short amount of time. He hopes that especially millennials and young people, who have grown accustomed to relying on delivery and take-out platforms, will be inspired to cook easy and delicious meals for themselves. He also said that he hopes the eclectic nature of his cooking, which brings together different cuisines, will inspire fellow African-Americans to experiment with African and African diaspora cuisines in their kitchens.