Palm Springs, CA (The Hollywood Times) 12/27/20 – George Bernard Shaw’s, “Those who can, do; those who can’t, teach” couldn’t be light years further from the truth when it comes to actor, writer, director, producer, and teacher Mark Cabus. Who, by the way, celebrated his 50th year as a professional actor on December 12, 2020. 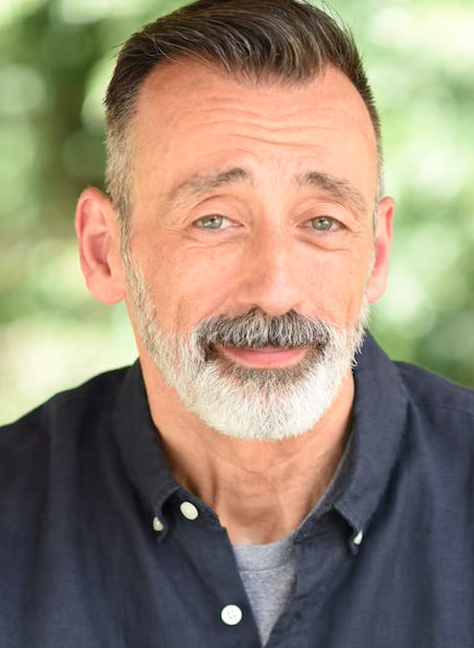 Mr. Cabus’ vast and varying acting abilities revivify the holiday ghost story of stories, the classic, Charles Dickens,’ “A Christmas Carol.” There’s nothing “bah humbug” concerning his own adaptation of Dickens’ book. A one-man-show, Cabus plays 18 characters in this critically-acclaimed, spirited, high-powered presentation he’s performed on stage for some 20 years. Now, filmed for the first time by the Tennessee Performing Arts Center in collaboration with RightBrainLeftBrain Entertainment and School of Night, with the support of Delta Dental of Tennessee. 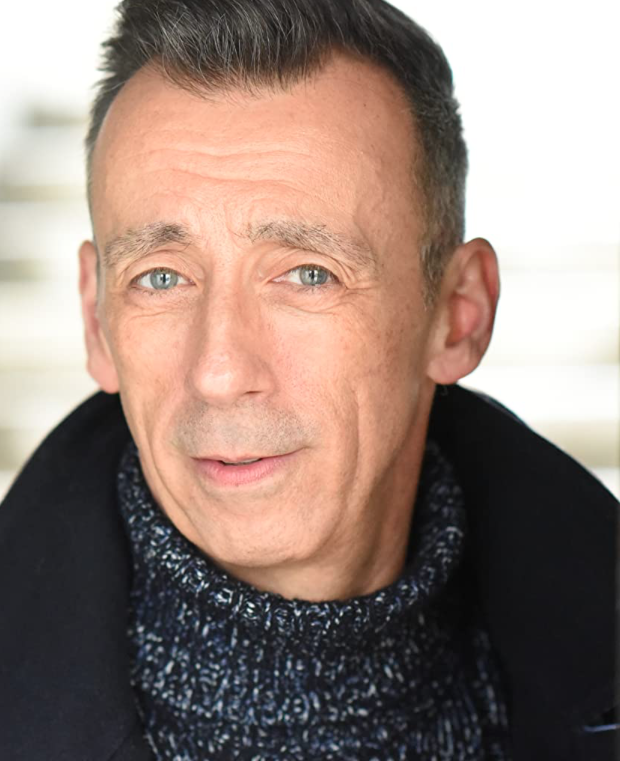 I found myself in awe of Mark Cabus’ virile acting potency, as he transported me while watching this play captured on film. Delivering exceptional performance, refashioning the story of a man that has dejectedly long-lost the spirit of Christmas—captivatingly engrossing the viewers. Trust me, you won’t be taking a break to head for the kitchen to re-spike your eggnog or refill the hot chocolate (with marshmallows) while watching this unconventional take on, “A Christmas Carol.” So, keep refills within arm’s reach as you cuddle up on the sofa—or maybe, all cozied in your beds—to be haunted, moved, perhaps amused a bit, shed a tear or two, and even transformed yourself, witnessing Ebenezer Scrooge’s heart soften and fill with the magic of holiday joy. 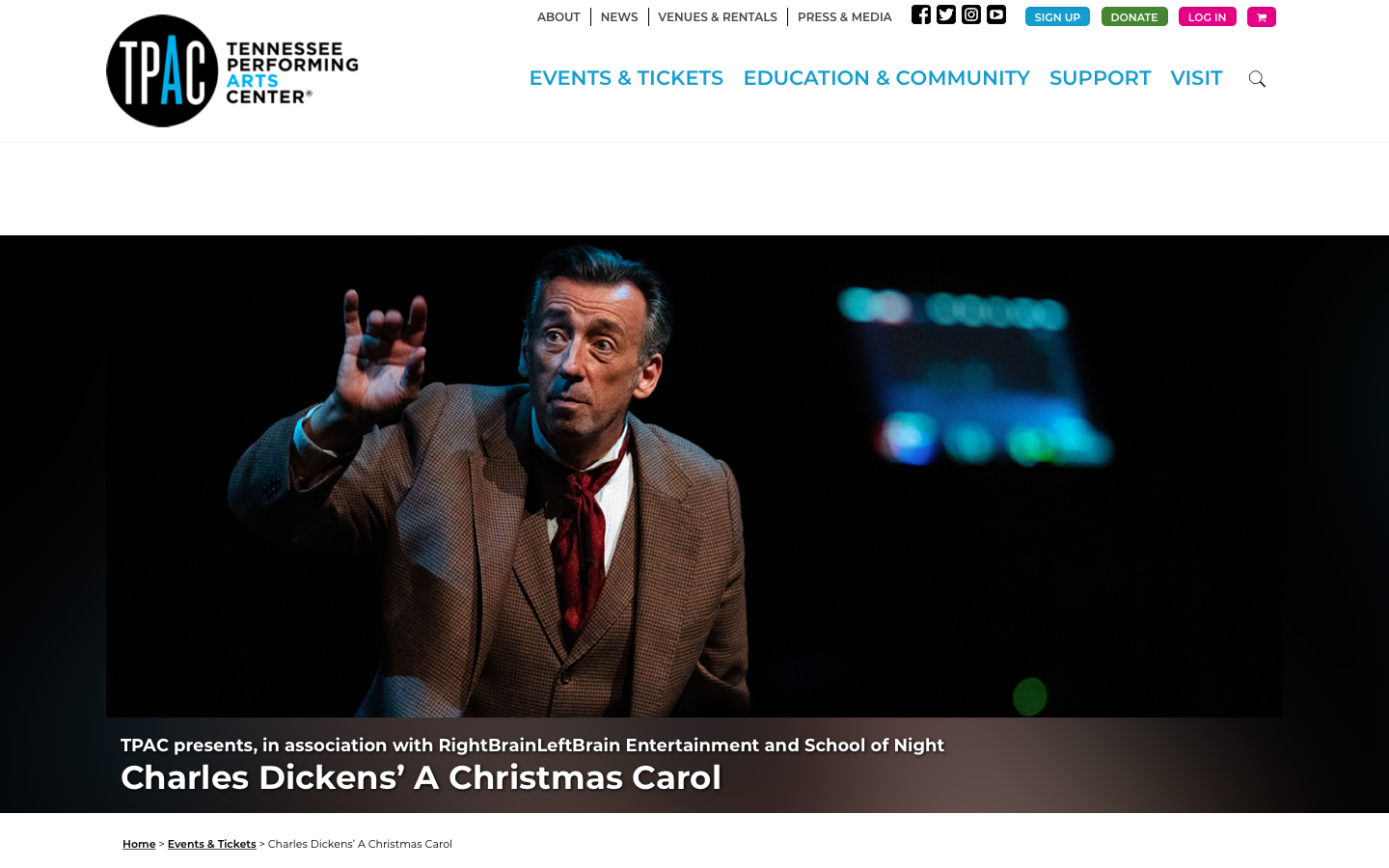 Grammy Award-winning songwriter and composer, Mike Reid, known for, “I Can’t Make You Love Me” wrote the score for the movie. Clarke Gallivan, Coke Sams, and Dona Spangler are producers of the joint venture. Gallivan and Sams did double-time as directors. In a phone interview, Minneapolis born Mark Cabus with early childhood ties to Tennessee conveyed with great gratitude, the immeasurable contributions of the aforementioned collaborations to bring this project together. “I owe them everything. Having such generous and talented souls working so diligently on this film made it extraordinary and special. I hope everyone enjoys watching it as we did making it.” 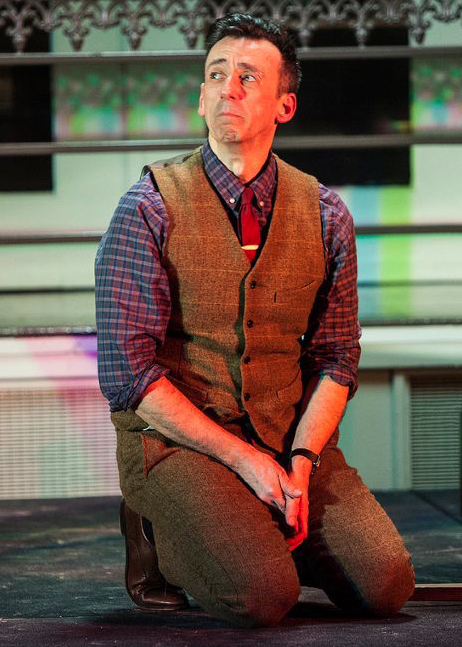 Mark Cabus’ adaptation of Charles Dickens,’ “A Christmas Carol” is streaming for free until December 31, 2020. To reserve your viewing, go to:

NOTE: Due to the disruption in AT&T services, we are currently unable to sell tickets or accept donations online. 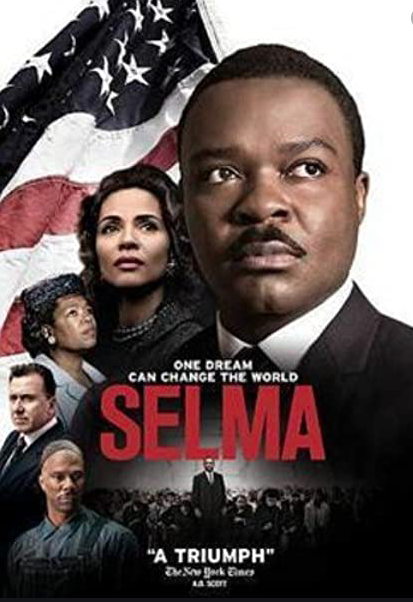 An educator of merit, he has served on the faculties of the Brooklyn School for Digital Arts and Cinema Technology, Belmont University, the Nashville Film Institute, as the Director of Education for Atlanta’s Theatrical Outfit and Nashville’s Green Room Projects, as a leading teaching artist for the Alliance Theatre, Georgia Shakespeare, and the Tennessee Performing Arts Center, and as a guest lecturer at Vanderbilt University’s Film Department (source: ACTORS BRIDGE ENSEMBLE).

Other than many theater roles, Mark has 18 acting credits in television and movies and three writing credits. You may have seen him as an attorney in 2016, award-winning MLK biopic film, “Selma.” Others to his credit include: “TURN: Washington’s Spies,” “The Longest Ride,” “The Client,” “Against the Wall” to mention a few.

I asked Mark during the phone interview: Why he became an actor and why teaching is so Important to him? “My mother was a teacher and my father a preacher,” he shared. “My earliest memories are of my parents standing in front of an audience and holding them enthralled.

They had the natural ability to entertain and educate so that you thought you were the only person in the room… I had no choice but to be an actor.” As an actor, Cabus impressed on me that, “he takes his work very seriously, having studied and trained in England, New York, and DC. I connect deeply with the necessity for actors to empathize with their characters, relinquishing my opinion for the opinions of the people I play.

That’s essential to the craft. The generosity and compassion necessary to be an actor draws me in again and again.” As far as teaching goes, “The same goes for teaching. It’s a selfless act to give of one’s knowledge and experience to help others better and enrich themselves.” I’m quite certain that Mark Cabus’ adaptation of, “A Christmas Carol” will do the same—enthrall its audience.