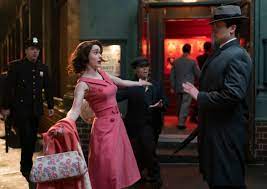 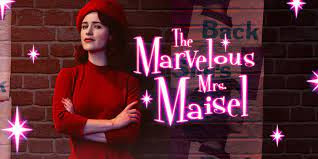 Los Angeles, CA (The Hollywood Times) 2/17/22 – We Maisel junkies have finally got our fix. After a lengthy Covid-sabbatical, Mrs. Maisel Season 4 is upon us, and not a moment too soon. Neatly coinciding with our liberation from mandatory masking, Season 4 begins its disengagement from the straightlaced fantasy land of 1950’s America and stares into the abyss of the new 60’s decade. Harbingers of change are rolled into the plot lines and the brave new era is signaled by producers with discreetly placed “Kennedy for President” background signage. 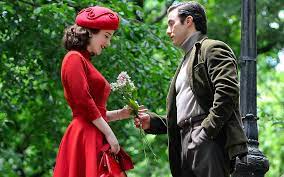 As we left Midge and Susie in season 3, Midge (Rachel Brosnahan) was negotiating career suicide and a cancelled world tour. The opening monologue serves as her manifesto for the new decade, strewn with F-bombs directed at a white-male dominant culture that has called the shots for too long. She’s going to throw down from here on out and revenge is on the menu. 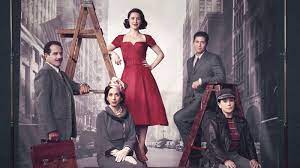 But first we get a deranged cab ride from the airport after her brusque firing from The Shy Baldwin world tour. She goes all bi-polar, strips to her underwear and sets about beating the crap out her luggage stuffed cab. OK, you’ve got our attention… 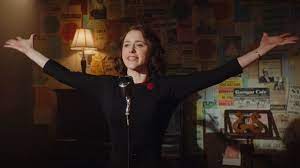 As Season 3 closes and Season 4 begins, Midge, Susie and company are in cleanup mode. Midge’s father Abe (Tony Shalhoub) has quit his tenured position at Columbia University and has landed a low-paying job as a writer at The Village Voice while is still living with his ex-son in law’s parents. Midge’s Manager/BFF Susie (Alex Borstein) has squandered Midge’s nest egg gambling, jeopardizing Midge’s family loan to reacquire her old apartment. However, enough 1950’s fairy dust remains to mitigate the rough plot-points with dispatch and sets Midge and Susie back on course for world domination. One proviso; Midge won’t play second fiddle on the bill any longer and insists on ditching ‘bad room service’ jokes in favor of speaking her mind.

Ex-hubby Joel (Michael Zegen) is still around stealthily looking after Midge from afar, but now in the romantic embrace of his connected Chinese girlfriend Mei Lin (Stephanie Hsu) who is playing double agent, keeping Joel’s new Chinatown nightclub afloat while protecting her family’s downstairs gambling parlor. Joel’s father Moishe (a brilliant Kevin Pollak) returns as the bloviating, clueless patriarch of the family, and some spicy new elements are promised in the form of Susie’s sister Tessie (Emily Bergl) and a single mom-to-be that is being proffered by Joel’s mom Shirley (Caroline Aaron) as a future wife. 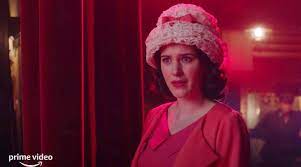 For those of you out there who fear all this change, rest assured the signature Mrs. Maisel elements that keep us binging remain. Midge and Susie’s elegantly profane dialogue still breaks land speed records, Midge’s stitched-to-fit outfits slam just as hard, the sets and locations are still seamlessly vintage kitsch, and the Day-go Pyrex kitchenware retains its high gloss sheen. 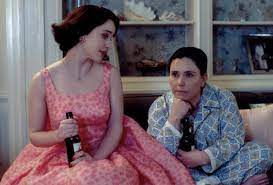 Perhaps the Covid monster did us a favor making us wait for our Season 4 reward. In the case of Mrs. Maisel, absence has made the heart grow even fonder (and judging by the first two season episodes) familiarity is unlikely to breed contempt. Let the 60’s begin…