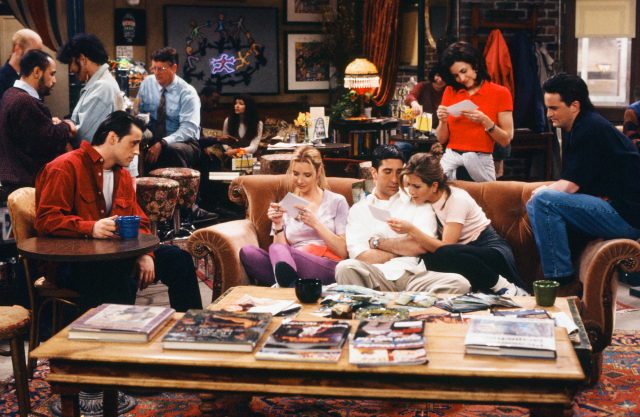 Central Perk Café, the favorite hangout for the cast of the sitcom ‘Friends,’ is coming to Los Angeles and we wanted to give you an early look at the news…

On August 13, The Coffee Bean & Tea Leaf®, one of the world’s leading roasters and retailers of specialty coffee and tea, will announce that it will launch a limited-time pop-up in two of its Los Angeles stores to celebrate the iconic television classic Friends and its 25th anniversary. The pop-up will feature a duplicate of the famed 90s sitcom hangout, Central Perk Café. The gram-worthy installation for fans and instagrammers will open on August 16 and stay open through August 23.

The selfie-friendly Central Perk replica will include a photo booth installation where guests can take pictures surrounded by plenty of beloved Friends memorabilia, including the signature Central Perk orange couch. Lounging on the couch, guests can enjoy any of the six Friends-themed specialty drinks out of a limited-edition Central Perk coffee mug, or a to-go cup adorned with a limited-edition collectable sleeve. The exclusive specialty drinks include, The Rachel Matcha Latte, The Joey Mango Cold Brew Tea, The Chandler Caramel Coconut Latte, The Ross Classic Flat White, The Monica Midnight Mocha Cold Brew and The Phoebe Cookies and Cream Ice Blended.

The Central Perk pop-up’s will be installed at two Coffee Bean & Tea Leaf stores located at: