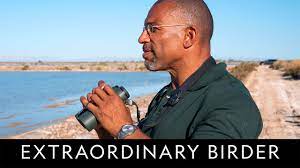 Los Angeles, CA (The Hollywood Times) 1/19/23 – You may remember Christian Cooper from an incident in New York City in May 2020. During his birdwatching session, Cooper was unjustly harassed by a woman dog walker in Central Park’s wildlife area known as The Ramble. The woman’s dog was unleashed in a prohibited area. When Cooper requested her dog be leashed, the woman called 9-1-1, telling the operator, “There is an African American man recording me and threatening myself and my dog. Please send police officers immediately!” The incident went viral, and in July 2020, it was announced by Manhattan’s District attorney’s office that the woman, whose legal name is Amy Cooper (no relation), had been charged with filing a false police report, which is a misdemeanor crime with an estimated penalty of one year in jail. The charges were dropped due to Amy’s completion of educational courses in compliance with the city. She was later dubbed the “Central Park Karen.” 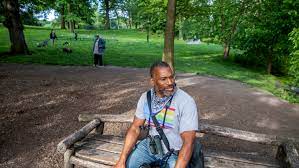 The viral moment has landed Cooper his own series on the National Geographic Channel entitled, Extraordinary Birder. Cooper will be traveling across the country in the series, discovering the wondrous world of birds.

During the Television Critics Association (TCA) Winter Press Panel THT was able to speak, one on one, with Cooper and get more insight into how he started bird watching and his new role in the Nat Geo series.

THT: What did you do prior to being falsely accused of threatening a woman in Central Park?

Cooper: I had a long and varied career first in magazine publishing as a copy editor, then I worked as a writer and editor for Marvel Comics for a stretch, which was a blast! I also edited pharmaceutical advertising and publishing materials.

THT: What was the process of landing your own TV show?

Cooper: I got this phone call out of the blue from this woman named Janet Vissering, who said “Hi, I’m from Nat Geo and I think you would be a good host for a birding show.” I was shocked! I’ve been birding since I was young and love spreading the Gospel of birding. I have been volunteering in the New York public schools with inner city kids who are normally just exposed to a sea of concrete and getting them out into their own parks and exposing them to birds. I love getting people to understand that this is something anyone can do regardless of age, race, sexual orientation, and disability status. In the show we visit Puerto Rico, and we meet a birder who’s blind and birds by ear. The show is for everyone!

THT: What can viewers expect from the series? 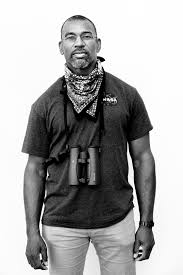 Cooper: Lots of fun and birds!

THT: Are you working on anything else?

Cooper: Yes. I finished a memoir entitled Better Living Through Birding, which will be published by Random House and released around the same time as the show. Writing a memoir is a little like taking off your clothes in public (Laughs). Writing fiction is a whole lot easier. The book will be released June 13th and the show debuts June 17th.

The series premiered on June 17th, on Nat Geo Wild and will begin streaming in the summer on Disney+.