Long Beach, CA (The Hollywood Times) 8/15/22 – Recently, Variety wrote a piece on film censorship in Malaysia, specifically calling attention to how some foreign markets censor films https://variety.com/2022/film/news/malaysia-ban-lgbt-films-thor-lightyear-1235338721/ like Thor and Lightyear because of LGBT content. In Lightyear, for instance, the film included a brief same-sex kiss between two women. As a reaction, some studios have started releasing modified version of films that omit brief snippets of LGBT-related content. (https://www.cnn.com/2022/04/13/media/harry-potter-film-china-lgbt-censorship-intl-scli/index.html). 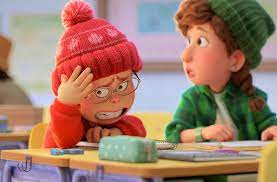 While LGBT censorship in film is increasingly becoming a concern in markets like Malaysia and China, LGBT censorship in film also is found within the United States. Disney, for example, has a history of waffling between their pro-LGBT image and executives making decisions to cut LGBT content (https://www.hollywoodreporter.com/movies/movie-news/pixar-employees-disney-statement-lgbtq-community-hollow-1235108281/) from their animated films. When LGBT characters are represented, sometimes they relegated to comic relief roles or they are used as “queer bait,”(https://www.cosmopolitan.com/uk/love-sex/relationships/a30279294/star-wars-first-gay-same-sex-lesbian-kiss-rise-of-skywalker/) or characters that do not have fully fleshed out characters and serve decorative purposes. To address these issues, Pixar (https://mashable.com/article/disney-pixar-lgbtq-letter) employees have written a letter to executives calling attention to serious representational issues in an effort to address these issues.