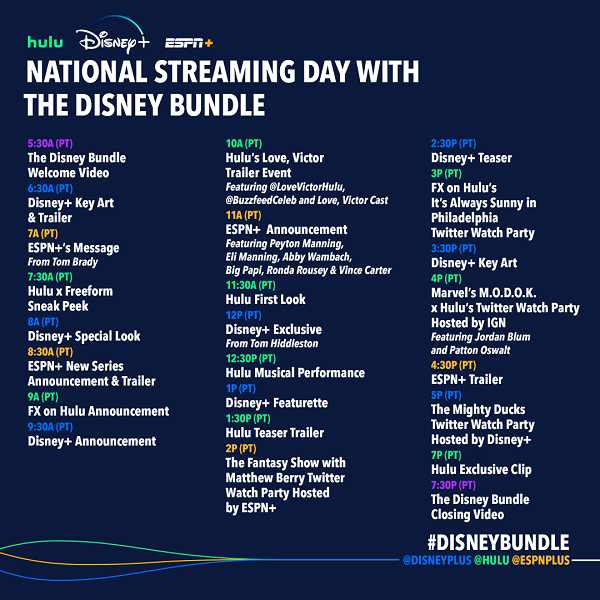 To kick off the celebration, the Disney Bundle lit up the Los Angeles sky with over 200 drones forming iconic characters and imagery from the three streamers. Luminous displays of Grogu from “The Mandalorian” on Disney+, Captain America’s shield from “The Falcon and The Winter Soldier” on Disney+, wings from “The Handmaid’s Tale” on Hulu, and an MLB baseball for ESPN+ dazzled viewers and invited them to celebrate the holiday. 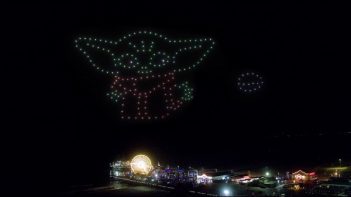 Additionally, fans can discover their ultimate stream team of movies and series by visiting TheDisneyBundleStreamTeam.com and taking a quiz to get their personalized watchlist across Disney+, Hulu, and ESPN+.

About The Disney Bundle

The Disney Bundle is an offer that gives subscribers access to Disney+, Hulu, and ESPN+. Disney+ is the dedicated streaming home for movies and shows from Disney, Pixar, Marvel, Star Wars, National Geographic, and more. Hulu is the only service that gives viewers instant access to current shows from every major U.S. broadcast network; libraries of hit TV series and films; and acclaimed Hulu Originals like Emmy® and Golden  Globe® Award-winning series “The Handmaid’s Tale” to breakout hits like “Little Fires Everywhere.” ESPN+ lets you stream thousands of live events & archives, including UFC Fight Nights & PPV events, soccer matches from Serie A, FA Cup, MLS, & more, MLB, PGA Tour, Grand Slam Tennis, college sports, and much more. The stories you love and the entertainment that you want are all on your own terms. There’s something for everyone! To subscribe, click here.