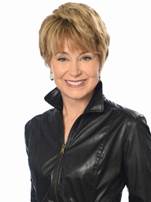 Last weekend, CBS SUNDAY MORNING was also the #1 Sunday morning news program with viewers and adults 25-54, according to Nielsen live plus same day ratings for Oct. 30, 2016. The broadcast posted 5.43 million viewers and a 1.1/06 in adults 25-54, the demographic most desired by those who advertise in news.

Sunday’s broadcast featured Martha Teichner’s report on what dogs do when owners are away from home; Luke Burbank’s look at the history and lore of scarecrows; Mark Strassmann’s profiles a grave digger in Maine who for 49 years has dug thousands of graves entirely by hand; Tracy Smith’s interview with  Oscar winner Eddie Redmayne; Anthony Mason’s chat with singer-songwriter Josh Groban; Jan Crawford’s bird’s-eye look at the raven; and Steve Hartman’s story about two friends who made a horror movie.

CBS SUNDAY MORNING is broadcast Sundays (9:00-10:30 AM ET) on the CBS Television Network. Rand Morrison is the executive producer.