“The Glen Campbell Goodtime Hour” debuted on CBS in 1969. It ran through June 13, 1972 and is considered one of the victims of the “rural purge”…Shades of “I Love Lucy”: Chrissy (Suzanne Somers) and Jack (John Ritter) got handcuffed together on ABC sitcom “Three’s Company” in 1980. Early the following season, Somer’s demands at contract re-negotiation time (from a reported $30,000 to $150,000 per episode, plus 10 percent of the show’s profits) resulted in her untimely firing and the arrival of Jenilee Harrison as Chrissy’s cousin Cindy on December 16, 1980. Priscilla Barnes as Terri Alden was introduced at the beginning of season six on October 6, 1981…Children’s series “Shining Time Station,”  featuring Ringo Starr and George Carlin, began its three season morning run on PBS in 1989… 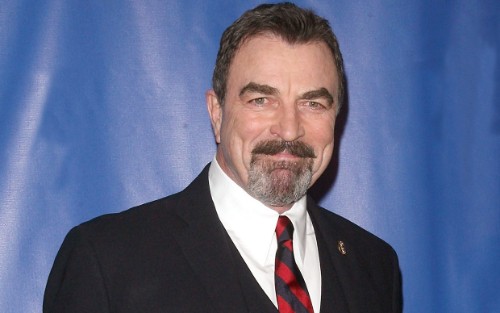 Did You Know?
At age 80, Len Cariou as Henry Reagan on CBS crime solver “Blue Bloods” is only five years older than his TV son Tom Selleck.

NEW PROGRAM ACCOUNCEMENTS
FX Orders Matthew McConaughey Drama “Redeemer”
The creator and showrunner of HBO anthology series True Detective, Nic Pizzolatto, will create, write, and executive produce a new FX series called “Redeemer,” which will star “True Detective” actor (and Oscar winner) Matthew McConaughey. The series is inspired by the Patrick Coleman novel “The Churchgoer,” and the show will follow a former minister-turned-dissolute security guard whose search for a missing woman in Texas leads him through a corruption and criminal conspiracy, with his past and present colliding.

Pizzolatto and McConaughey will serve as executive producers for the series, which is produced by Fox 21 TV Studios and FX Productions.

The logline: After years on the grind, Bert Kreischer sets out on a purifying retreat to a remote cabin. But Bert only has one speed. Joined by his celebrity friends, Bert attempts bizarre therapy techniques, intense physical challenges, and ridiculously improvised encounters with nature. Bert attempts to cleanse his “mind, body and soul” at breakneck pace with often disastrous results.

Lion TV USA Options Edward Humes’ True Crime Book for Docuseries
Lion Television USA has optioned a deal to produce a docuseries based on true crime author Edward Humes’ “Burned: A Story of Murder and Crime That Wasn’t.” The book, originally published in January 2019 by Penguin Random House, recounts an April 1989 apartment fire in Los Angeles in which the three small children of Jo Ann Parks perished. Though the fire at first seemed a tragic accident, investigators soon turned their search to Parks, who escaped unharmed and was the sole survivor and only eyewitness. Investigators would soon find evidence that pointed to Parks having set the fire on purpose. and formed a case alleging that Parks had sabotaged wiring, set several fires, and barricaded her four-year-old son inside a closet to ensure he couldn’t escape.

Parks receives a life sentence without parole based on the power of forensic fire science, despite her persistent claims of innocence.

The docuseries will be executive produced by Lion’s Tony Tackaberry and Stan Hsue, as well as Humes.

“Broke” stars Jaime Camil (“Jane the Virgin”) and Pauley Perrette (“NCIS”) in a comedy about a single suburban mother (Perrette) who’s shocked when her estranged sister, her sister’s outrageously wealthy, big-hearted, Latin husband (Camil), and her husband’s fiercely loyal assistant/driver/friend land on her doorstep in need of a place to live after the couple’s money dries up. Though class differences may separate the women, and the size of the house and the number of people living in it will test the limits of family ties, the familiar bond of sisterhood might be the catalyst they need to restore their relationship.

Daytime Talker “The Mel Robbins Show” to Conclude After One Season
Sony Pictures Television has opted against a second season of daytime talker “The Mel Robbins Show.” The series, which launched this past fall alongside “The Kelly Clarkson Show” from NBCUniversal and “Tamron Hall” from Disney-ABC (which are both confirmed to return), will remain in production for the remainder of the season.

Season to-date, “Mel Robbins” is averaging a modest 0.4 rating in households, according to Nielsen Media Research.

“Mel has had a positive impact on millions of daytime viewers and we still strongly believe in her message and the work she is doing,” said Sony Pictures Television in a statement. “We are proud of the show and the talented team and thank our partners and launch group at Nexstar, and our advertisers and sponsors, for their exceptional support.”

What is the Ratings Outlook for the 49ers-Chiefs Super Bowl and Lead-Out Program ‘The Masked Singer’ on Fox?
The Fox network is the broadcast home of this year’s Super Bowl. The 54th edition of The Big Game features the San Francisco 49ers versus the Kansas City Chiefs and will take place at Hard Rock Stadium in Miami, Fla. on Sunday, Feb. 2.

Various professionals in the media industry (including our very own Douglas Pucci) provided their ratings prognostications for the upcoming Super Bowl and its lead-out program “The Masked Singer”. To read their takes, click here

Fox Sports is the outlet to provide the most amount of Big Game coverage this week with over 100 hours of special programming. NFL Network will have 85 hours of live on-location coverage on-site from Miami, Fla. (the site of Super Bowl LIV); the networks of ESPN will have more than 70 hours originating from Miami.

“Desus & Mero” will return for season two on Showtime on Monday, Feb. 3 at 11 p.m. ET. The series features Desus Nice (Daniel Baker) and The Kid Mero (Joel Martinez) chatting with guests at the intersection of pop culture, sports, music, politics and more, as well as giving their take on the day’s hot topics in their signature style in front of a small live studio audience from New York City. Upcoming guests include Missy Elliott, Penn Badgley, Lakeith Stanfield and Seth Meyers.

Bravo will debut the new docuseries “Family Karma,“ which follows the lives of seven young Indian-American friends, on Sunday, March 8 at 9 p.m. ET. Growing up in traditional, multigenerational households, the group is bonded by their strong cultural ties and vibrant Miami social lives. While their parents and grandparents instill cherished customs, these adult children are drifting more towards the “American Way,” and the two worlds collide in the most unexpected ways. These friends are determined to live life to the fullest and navigate the pressures of adulthood, while maintaining their deep-rooted connection to the Indian culture.

“Hero Elementary,“ a new multiplatform animated PBS Kids series, co-produced by Twin Cities PBS and Portfolio Entertainment, will premiere on PBS on June 1, 2020 on PBS stations. The logline: “Hero Elementary” is a school for budding superheroes, where kids learn to master their innate powers, like flying and teleportation, while exploring science along the way. The launching series will give children ages 4 to 7 important tools to help them solve problems by encouraging them to think and act like scientists, igniting their natural curiosity.