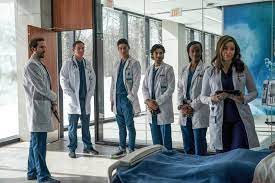 Los Angeles, CA (The Hollywood Times) 1/5 /22 – Good Sam is a medical drama written by Katie Wech and is set to premiere on CBS January 5th 10/9c. The series is centered around Dr. Sam Griffith (Sophia Bush), a gifted heart surgeon who must step into the role as chief of surgery when her renowned boss falls into a coma. After several months Sam’s boss Dr. Rob “Griff” Griffith (Jason Isaacs), awakes from his coma and demands to resume his duties as chief of surgery, leaving Sam with the task of supervising the arrogant expert. Challenges arise throughout the series as Dr. Griff defies Sam’s authority and challenges her medical expertise. The irony of it all is that Dr. Griff is Sam’s father, so they’re faced with the task of healing their patients and mending their own relationship. 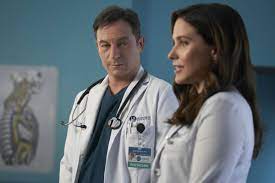 During the CBS virtual TCA winter panel last Friday, Bush shared her thoughts on the series:

“What I love about how [executive producer] Jennie [Snyder Urman] and Katie have threaded the needle is that both [Sam and Griff] are right,” Bush shared during CBS’ winter TCA panel on Friday. “Both of these people have a reason to believe what they believe. And this central, at times David and Goliath, and at other times a gendered clashing of the rams highlights a generational shift between the history of the patriarchy and what might come forward if, I don’t know, more women were listened to? Or in positions of power, like Sam’s department or elected office.” 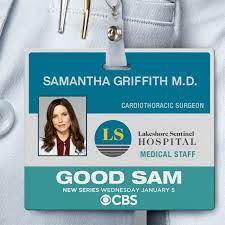 She continued, “All of those dynamics are being represented within a family drama. It feels real and it feels grounded. In all of the ways that Sam is an optimist, Griff has learned hard lessons and he’s pragmatic— perhaps to a fault. Each of them thinks the other person needs to be either less practical or less empathetic and neither of them is. Can they learn from each other as equals? We’ll see!” 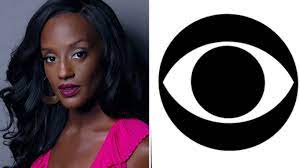