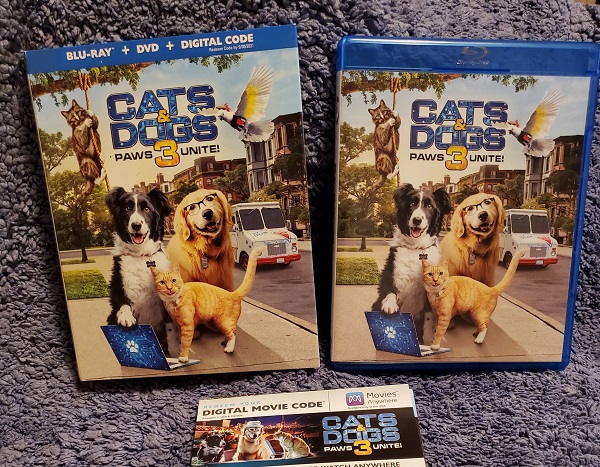 Rancho Cucamonga, California (The Hollywood Times) 10/13/2020 – “Warner Bros. Home Entertainment provided me with a free copy of the Blu-ray I have reviewed in this post. The opinions I share are my own.” Judy Shields for The Hollywood Times.

It’s been 10 years since the creation of the Great Truce, an elaborate joint-species surveillance system designed and monitored by cats and dogs to keep the peace when conflicts arise.  But when a tech-savvy villain hacks into wireless networks to use frequencies only heard by cats and dogs, he manipulated them into conflict, and the worldwide battle between cats and dogs is BACK ON. Now a team of inexperienced and untested agents will have to use their old-school animal instincts to restore order and peace between cats and dogs everywhere. 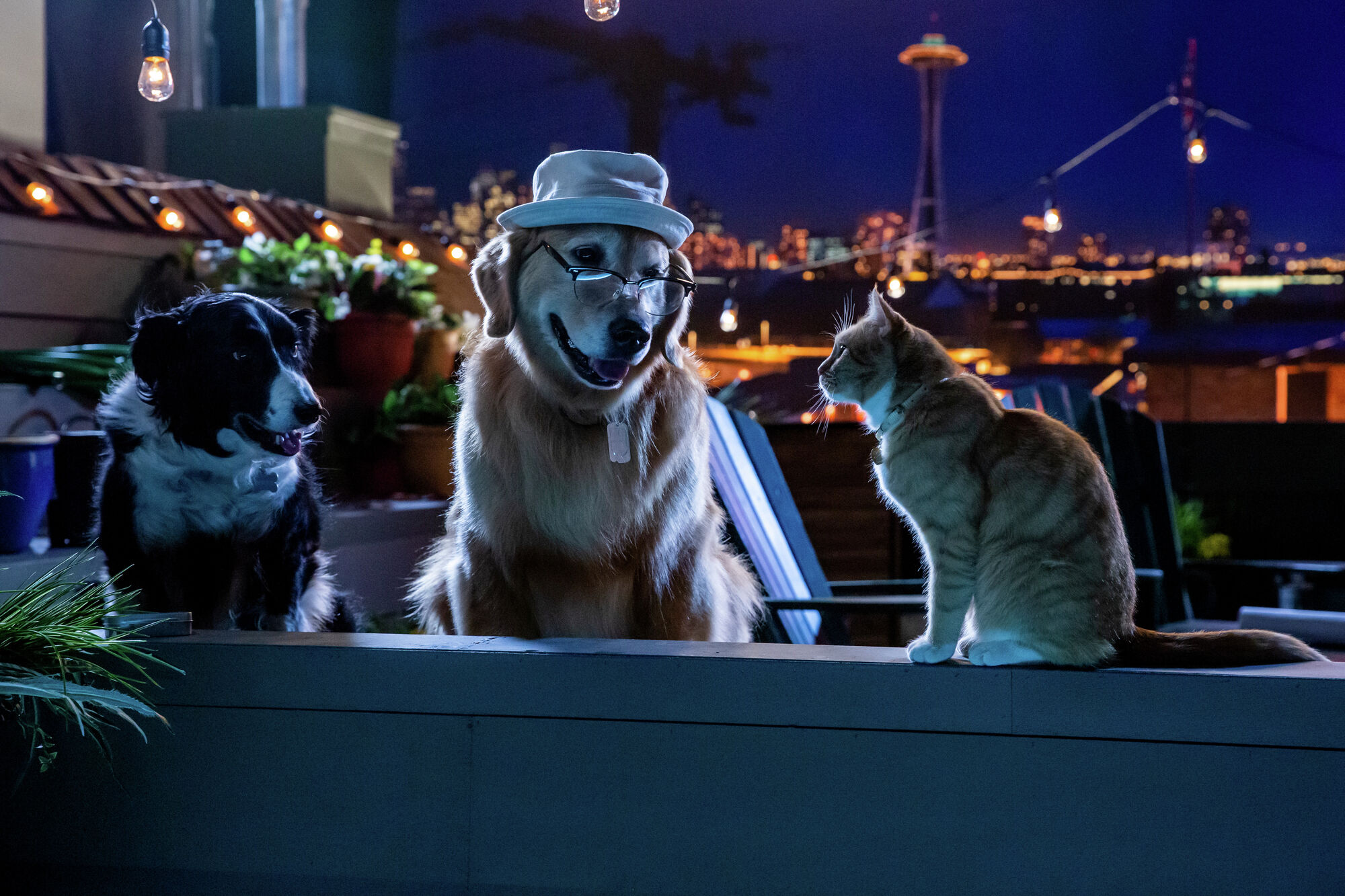 Cats & Dogs 3: Paws Unite! features an all-star comedy lineup lending their voices to this new generation of four footed and two winged friends including Melissa Rauch (The Big Bang Theory) as Gwen the cat, Max Greenfield (The Neighborhood, New Girl) as Roger the dog, and George Lopes as Pablo the Cockatoo. The film is directed by Sean McNamara (Soul Surfer) and written by Scott Bindley (The Last Summer). Producers are Andrew Lazar (Cats & Dogs, Get Smart) and David Fliegel. 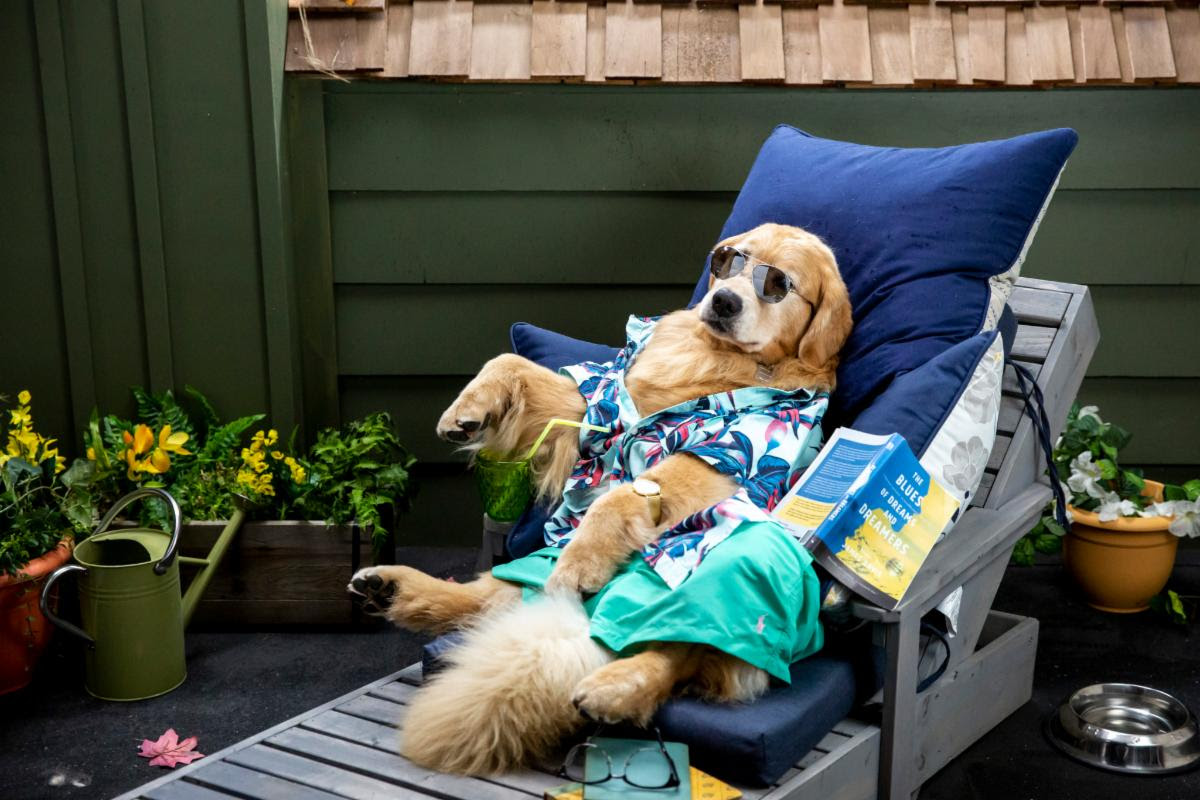 Cats & Dogs 3: Paws Unite! will also be available on Movies Anywhere. Using the free Movies Anywhere app and website, consumers can access all their eligible movies by connecting their Movies Anywhere account with their participating digital retailer accounts. 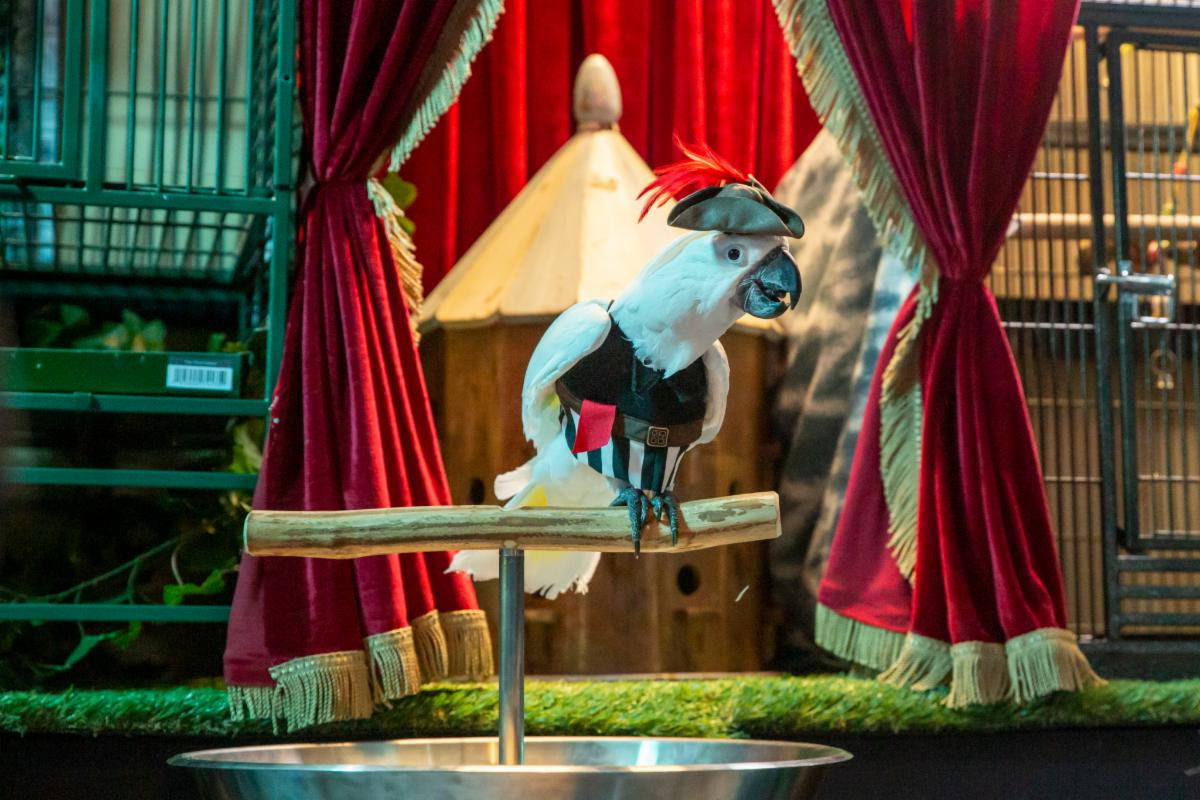 The beginning of this film was quite educational and comical about the evolution of cats and dogs in animation.  The Villain in this story is a winged parrot named Pablo voiced by George Lopez and this bird is one talented animal.  I have to say that the acting done by all the animals in this film are just amazing and what talented animals trainers they had.  Sure, the humans are great in the film, but the animals steal the show.  But what would animals do without their loving and caring humans that give them shelter, food and kindness.  The human cast did a fantastic job with their roles next to these animals and with other human actors.

I had the pleasure of watching this movie with my 11 year old and 18 month old grandsons and believe it not, the younger one was able to watch the entire thing as well as the 11 year old, who normally just wants to play video games. Both of them laughed quite a bit during this movie and my oldest grandson said that the animal really looked like they were actually talking. He especially thought the reptiles were awesome and of course wants one now, lol.  NO…. 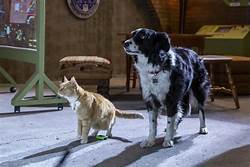 Roger and Gwen notice that their humans are not so happy, so they decide that the best way to solve each of their problems is to get them together.  Now “trapped in an elevator” where the two teens learn that they need to get off their phones and pay more attention to the world around them. That is a message for all teens to learn.

This is a wonderful and funny movie for the entire family to watch with a bowl of popcorn,  juices all the way around and your Pets!  The script was written well for the interactions that the humans had with the animals and the voiceovers were a hit for each animal used! 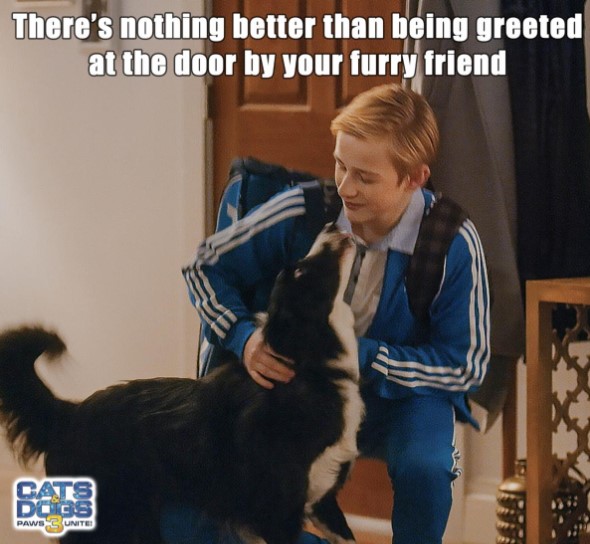 Great movie for all of animal lovers and it would make a great holiday gift, so get yourself a copy and one for that animal lover in your life.

If you haven’t seen the trailer yet – you are missing out! But don’t fret my pet – we have you covered:
https://youtu.be/ct5mQYE3Xk4

Don’t miss out on the special features, it’s really cool to see how the movies was made and those gag reels! 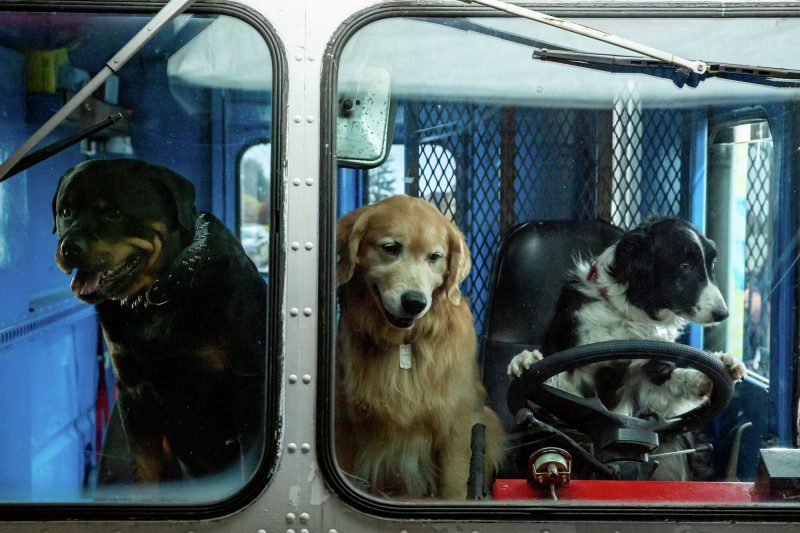 Cats & Dogs 3: Paws Unite! is available to own in high definition and standard definition from select digital retailers including Amazon, the Apple TV app, FandangoNOW, PlayStation, Vudu, Xbox and also on Video on Demand services from cable and satellite providers, and on select gaming consoles.

Movies Anywhere is a digital movie platform that enables movie fans to discover, access, and watch their favorite digital movies in one place.  Movies Anywhere brings together a library of nearly 7,500 digital movies from Sony Pictures, Twentieth Century Fox Film, The Walt Disney Studios (including Disney, Pixar, Marvel Studios and Lucasfilm), Universal Pictures (including DreamWorks and Illumination Entertainment) and Warner Bros., and will continue to expand the consumer experience as more content providers, digital retailers and platforms are added.

Here are the supported devices listed on the Movies Anywhere website: