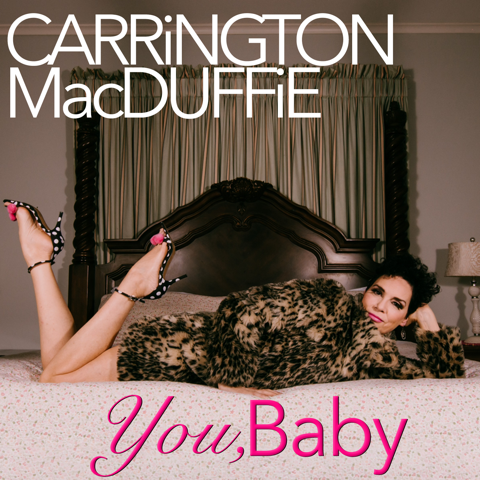 The Hollywood Times is honored to Premiere CARRiNGTON MacDUFFiE’S new Music Video “You, Baby” today.  This romantic video is just in time for Valentine’s Day!

Hollywood, California (The Hollywood Times) 02/11/2022 – “It’s time to heal all the crazy disconnection of the past couple of years! The best way to do that is through intimacy, tenderness, a loving feeling — that’s what this video is all about.” Carrington MacDuffie told The Hollywood Times during a recent telephone conversation.

It is always great to catch up with Carrington to hear all about the music she is writing, producing and bringing to all of us to enjoy. Don’t forget to download “You, Baby” and watch the video with that someone special in your life!

Here is our latest conversation:

AUSTIN, Texas – Indie singer-songwriter CARRiNGTON MacDUFFiE gives in to love with the release of the new music video for “You, Baby,” The catchy tune’s video sets the scene of a passionately loving romance that’s perfect for Valentine’s Day. MacDUFFiE’s talented vocals shine through her creative lyrics as her artistic vision carries out through the story, delivering an intriguing and exciting performance.

The music video for “You, Baby” was premiered by “Talk of the Town” on ABC Birmingham this morning, and digitally by The Hollywood Times. The single is available to download and stream on all digital platforms today!

To watch the music video for “You, Baby,” visit HERE.

“There has been a terrible lack of intimacy in the past couple of years, and we humans need to be close with each other,”  shares MacDUFFiE. “We thrive on love and affection, and one of the purposes of both this feel-good video and this song is to raise the vibration of the viewer/listener, and give people a thumbs-up on physical touch and tenderness.”

MacDuFFiE consistently showcases her special gift for drawing listeners in by translating her own life experiences in unique ways. Staying true to herself, MacDUFFiE’s edgy personality comes through each project she releases while always meeting the needs of her fans. Her most recent album, Sweet Little Mystery, includes the perfect blend of mystical yet bold tunes. MacDUFFiE is excited to bring her special persona back to the stage to share her imagination with the world.

Fans will not want to miss her unmistakable spirit visible in the “You, Baby” music video!

Far-reaching influences of a lively musical childhood weave through Carrington’s unusual, hook-laden songs, and stand out in her new LP, Sweet Little Mystery. The spirit of independence runs deep in her lineage as well as in her music, with her forebears having fought in the American Revolution. This maverick spirit ignites Carrington’s journey and calling in life.

A native New Yorker, Carrington’s love for music was sparked in early childhood while listening, dancing, and singing to the records that her dad, a huge music aficionado, was spinning — Teddy Wilson, Beethoven, Herb Alpert, Hudson River folk, Scottish marches, exotic World, classic rock, and the Beatles, among many other artists. She went on to study at Johns Hopkins, Harvard, and Boston University, where she earned a Bachelor’s degree in English.

As a voice actor, Carrington served as the voice of Ancestry.com for several years, and she has narrated over 250 audiobooks, including biographies of Joni Mitchell, Pussy Riot, and Jack Kerouac. She has also voiced various video game characters, most notably a shamanic Scottish dwarf in World of Warcraft.

MacDuffie has performed throughout the United Kingdom, Germany, Holland, Belgium, and France, where she played at the popular club Belushi’s in Paris. Highlights in the UK have included shows and festivals in London, Bristol, Bath, Brighton, Manchester, Newcastle, Llandudno, Glasgow, Edinburgh, and Inverness.

In the spring of 2021, MacDuffie released her single Baby Played Me, and she currently has recording projects underway in Austin, Nashville, New York, and Glasgow. The music video for the title track of her new LP Sweet Little Mystery has received over a quarter million views on YouTube.

Whether making music, voicing works of literature, training in small plane piloting, or savoring the zen-like concentration of target shooting, she is led by her passion for creativity, and, of course, independence. “I think the purpose of life is joy,” says Carrington. “I see the world as one big art happening, and I love participating in it”.