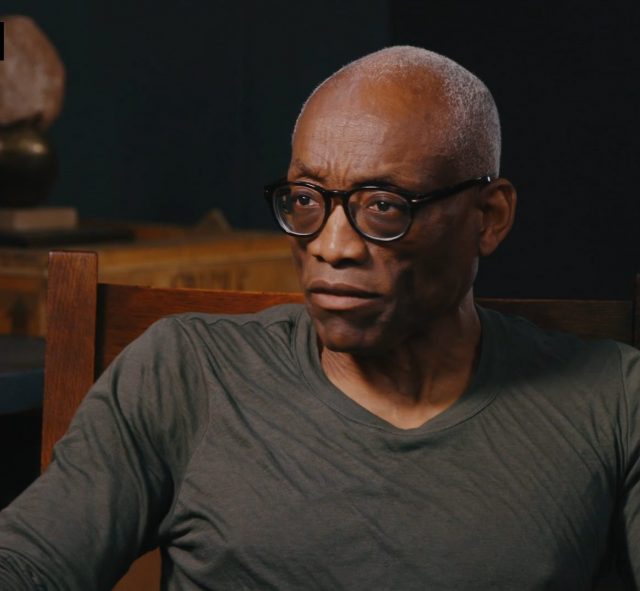 Los Angeles, CA (The Hollywood Times) 7/15/21 – Opening on July 23 at several Laemelle Theatres in Los Angeles is a feature-length documentary film “Can You Bring It: Bill T. Jones and D-Man in the Waters,” a labor of love by dancer/choreographer and filmmaker Rosalynde LeBlanc who collaborated with veteran filmmaker Tom Hurwitz to make this powerful film. “Bill T. Jones and D-Man in the Waters” tells the remarkable history and legacy of one of the most important works of art to come out of the age of AIDS – Bill T. Jones’s tour de force ballet, “D-Man in the Waters.” Rosalynde LeBlanc was a dancer in Bill T. Jones’s company for many years and now teaches dance at Loyola Marymount University in Los Angeles. She is dedicated to restaging the work of Bill T. Jones in colleges around the country and part of this interesting film is LeBlanc working with her dance students at LMU in 2017 on a production of “D-Man in the Waters.” She collaborated with Tom Hurwitz, whose work as a cinematographer on documentary and feature films is well-known (including the recent “Studio 54”). 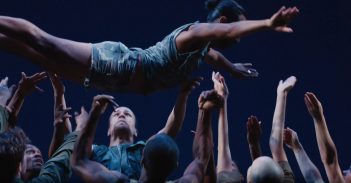 The film also tells the story of Bill T. Jones and Arnie Zane who first formed the dance company in New York City and were in real life partners in love and dance.  Together, they were pioneers in modern dance and, as Jones explains, “We did not want to be part of a racial ghetto. We did not want to be part of an arts ghetto. We didn’t want to be part of the gay ghetto. We wanted to be a community.” Jones taught Zane to be a dancer and ultimately Zane turned out to be an excellent choreographer. As Séan Curran, one of the original dancers in the company put it, “The work was play. The play was work. The work was politics. The work was about changing perceptions.” This closely-knit company of dancers thrived at the Joyce Theatre until 1984 and the beginning of the AIDS epidemic which devastated the arts, theater, and dance communities of New York. Soon Keith Haring and Alvin Alley were dead from AIDS. As Jones explains, “AIDS was everywhere. The piece was my response to the plague.” When Jones’ partner Arnie Zane became sick with AIDS, it seems that this would be the end of the dance company. 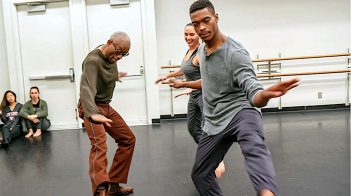 After Zane’s death, Jones found the strength and inspiration to create a major dance piece “D-Man in the Waters” and the dance company found its feet again with this amazing visceral production that was a response to tragic loss and a cautionary tale about the need for human beings to reach out to one another. “D-Man in the Waters” takes its name from another member of the dance company named Damien, who became a major dancer in the group until he too became deathly ill with AIDS. As Jones puts it, “This piece was going to be about what it takes to live. You go, even as we are all determined to not go easy into that dark night.”

There is archival footage of the original production of “D-Man in the Waters” in New York, which garnered a Bessie Award in 1988. But more importantly, there is this documentary as a whole which Rosalynde LeBlanc directed with herself teaching her dance students at LMU how to make “D-Man in the Waters” work on stage – not so much as a ballet but as athletic movement that captures the dynamism, nuance, and complexity of human experience. While re-staging “D-Man in the Waters” in 2012, LeBlanc came to the realization that “the absence of AIDS from current political and social discourse in this country has left successive generations without any way to contextualize the spirit and intensity of the art made in response to it.” 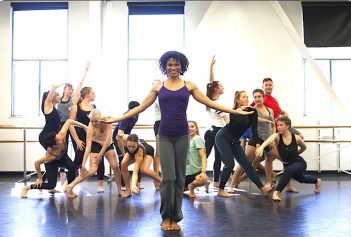 Rosalynde LeBlanc brings us as viewers into her world of dance, as we learn along with her students how the movements and body language that expresses emotion. As she explains it, “The process of teaching the dance in present day is captured in cinéma vérité, serving to emphasize the fact that what awakens for these nine young dancers, as they go deeper into this abstract, historical dance piece, is actually an increased awareness of the real world they live in.” The dance production directed by LeBlanc at LMU took place in 2017, and Bill T. Jones visited the dance class as they were learning the choreography. This was before the current COVID pandemic, so perhaps one might pause to think about the relevance of “D-Man in the Waters” to younger people today for whom the grim reality of AIDS in the past seems so far away from their present-day world. Perhaps “D-Man in the Waters” and this film will help inspire resiliency.