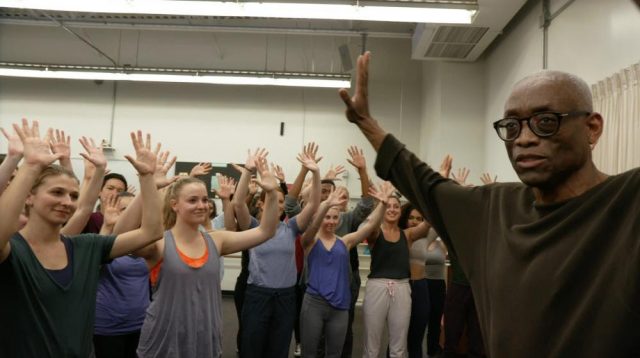 SYNOPSIS – CAN YOU BRING IT: BILL T. JONES AND D-MAN IN THE WATERS brings to life the creative process that culminated in choreographer-dancer-director Bill T. Jones’s tour de force ballet D-Man in the Waters, one of the most important works of art to come out of the AIDS crisis. In 1989, D-Man in the Waters gave physical manifestation to the fear, anger, grief, and hope for salvation that the emerging Bill T. Jones/Arnie Zane Company (both partners at the time) felt as they were embattled by the AIDS epidemic. As a group of young dancers in the present re-interpret the work, they deepen their understanding of its power – exploring what is at stake in their own personal lives in order to commit and perform it successfully. Through an extraordinary collage of interviews, archival material, and uniquely powerful cinematography, this lyrical documentary uses the story of this iconic dance to illustrate the power of art and the triumph of the human spirit.

“Goes to the very heart of the vital role art plays in our society during
times of social crisis.”
– Henry Louis Gates Jr.
“This gripping ode to creativity and to the resiliency of the human spirit…
is a definitive ‘must-see’ for every dancer.”
– Mikhail Baryshnikov
“The depth of this film is enormous. It touches the heart and stimulates the mind.
It’s a work of such great feeling, poetic beauty, and relevance in the times
through which we are living.”
– Andre Gregory