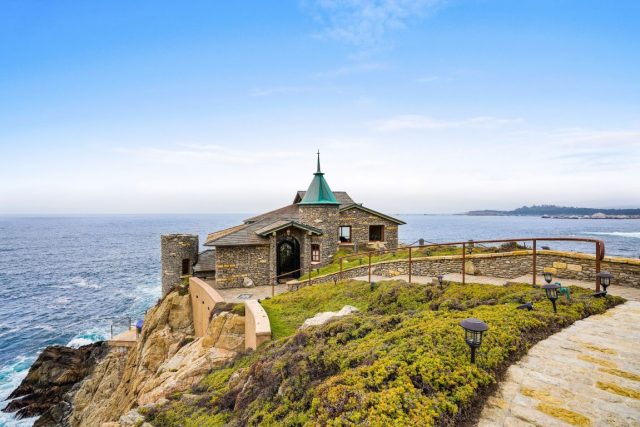 Well known for her starring roles in the award-winning films Picnic, Strangers When We Meet, Pal Joey, and her twin roles in Vertigo, Kim Novak chose a shorter film career, but the movies she made have become classics enjoyed as much today by movie buffs as when they were released in the 1950s and ‘60s.  Preferring a quiet lifestyle, in 1961 Kim chose a home far away from Hollywood on an outcropping of rock in Carmel, California where she lived until 1973. The home is now for sale, priced at $12.5 million.