The auction ran from April 3 to April 30 and was promoted on 57 iHeartMedia radio stations statewide. Items for bidding included celebrity meet-and-greets, concert and sports packages, access to VIP events, and other once-in-a-lifetime opportunities.

“This auction raises funds to help support important work done by the Red Cross,” said CEA CEO Glenn Pomeroy. “It also helps CEA and the Red Cross raise awareness among Californians about the risk of damaging earthquakes, and share steps people can take to be better prepared for the next big quake.”

Proceeds of the 2017 Get Prepared, California! Auction were presented to the Red Cross this weekend on stage at KIIS-FM’s Wango Tango in Los Angeles, an annual daylong concert that draws sell-out crowds to see numerous marquee performers, including some of the celebrities highlighted in the auction.

Auction proceeds have benefited 32 Red Cross chapters throughout California. The money raised is enough for the Red Cross to distribute 200,000 blankets at shelters or buy 400,000 “comfort kits” full of toiletries and personal items to help people affected by disasters.

“The CEA has been instrumental in helping the Red Cross help communities become better prepared for disaster,” said Jarrett Barrios, CEO of the American Red Cross Los Angeles Region. “The funds raised by the auction will go toward disaster relief in order to assist those affected by emergencies with comfort and care items, like blankets, cots, food and water.”

The not-for-profit CEA, the country’s leading provider of residential earthquake insurance, joined forces with the Red Cross in 2012 to help more Californians prepare to survive and recover from damaging earthquakes. The Red Cross has more than 27,000 volunteers in California who provide disaster-relief support and disaster-preparedness trainings.

To learn more about the auction and earthquake preparedness, visit GetPreparedCalifornia.org.

About the American Red Cross
The American Red Cross shelters, feeds and provides emotional support to victims of disasters; supplies nearly half of the nation’s blood; teaches lifesaving skills; provides international humanitarian aid; and supports military members and their families. The Red Cross is a charitable organization, not a government agency, and depends on volunteers and the generosity of the American public to perform its mission. For more information, visit www.redcross.org or contact your local chapter. 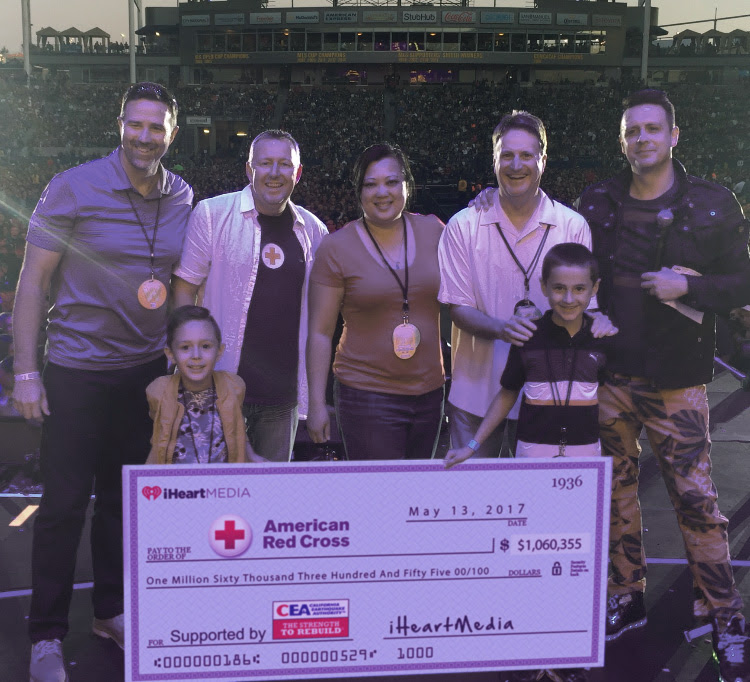