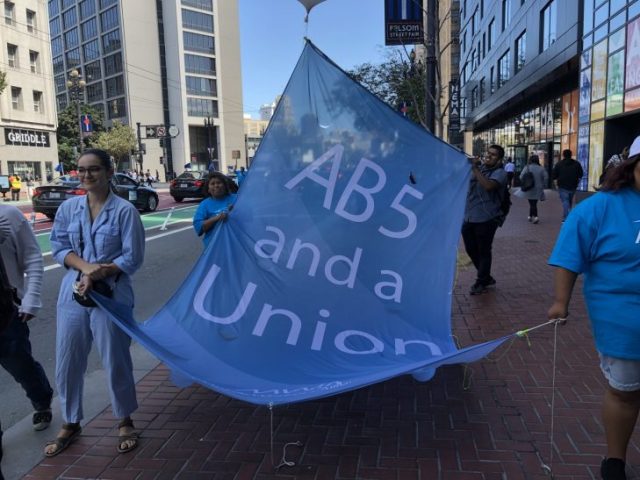 California Assembly Bill 5 (AB5) is a bill that is coming across Governor Newsom’s desk this week. It is a bill that was generally designed to give independent contractors, such as people that drive for Uber and Lyft, more rights as well as benefits, like health insurance and unemployment. This will take them out of the gig economy and make these businesses more mainstream.  This will change the very nature of how these businesses have been run and how the people working for them will conduct their business.

However, independent musicians are among groups that have now become entangled in this bill. Many small creative businesses could be crippled. Many other fields that are affected by this bill, such as doctors or real estate offices that hire other independent contractors, have managed to generate exemptions – they have been covered by lobbyists and their advocacy groups.  But independent musicians and producers in California are more loosely knit and do not have a central advocacy group to fight for them. The AFM (Musician’s Union) has apparently exercised a different set of priorities for their members only, which comprise a very small part of the producer/musician population here in California.

Independent musicians are not on a big record labels, which provides nice budgets for touring and recording. They are not part of a pit orchestra or ballet. They are not the small group of studio musicians that get union wages.  They are often the people you see performing in clubs or at weddings. They will be performing their own music at festivals and on cultural arts series. They are the bands that you follow or the music that you listen to on Pandora and Spotify. They work hard to follow their passion and make their music. 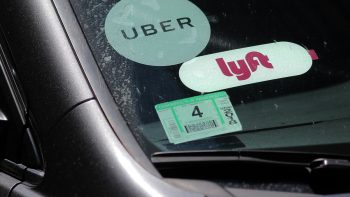 The bill, on its face, says that it will guarantee that anytime a musician has a gig that employer/bandleader/producer will supply them with health insurance and unemployment benefits, amongst other full-time employee responsibilities. That sounds good to most musicians again at face value. Most musicians would like to have that kind of security and support.  But let’s take a deeper look. Uber and Lyft have a central business location and model. People that work for either one of these companies work for this central entity, thus these larger companies are being compelled to and may put together these types of benefits.

There is no California central office called “Independent Musicians”. They all are correctly named: “independent musicians”. Small bandleaders call up other musicians and put together a show. They may play together regularly, once in a while or once a year. These people are in no position to supply benefits to the other musicians that they hire.  Club musicians make almost the same amount of money that they made forty years ago, which is not much.

Independent artists who hire musicians to play on their records also cannot afford to pay benefits. They do not have someone bankrolling their recording. They are often paying for it out of their own pocket or rely on crowd funding. Composers that write for music libraries also deal with a small or sometimes no budget. Other composers are the recipients of grant money that they use to write and sometimes record their compositions.

If this bill is passed as is, and bandleaders, composers and producers are forced to pay these type of benefits or risk being sued by other musicians, they simply won’t use them. Leaders will downsize and play with pre-recorded tracks, producers will use more sample libraries and play what instruments they can.

Restaurants, hotels and other establishments that have waitresses and other staff are not likely going to want to add a musician to their list of full-time employees.  So what would that mean? The bandleader is still the one on the hook for benefits, so again they will resort to playing with tracks, or the establishment will no longer have live music.  Either way the musician loses.

Another question to ask is this, if the musician is a full-time employee of the establishment, does that establishment now own anything that they create or write while they are working as an employee? This is not something that any artist would want.

The acts that perform at festivals, cultural arts series and summer concerts in the park are another set of groups that often work on a very tight budget. These venues have many different groups performing throughout the year. Are they now supposed to supply benefits to all the groups that pass through their doors, or does this once again fall on the leader of these musical groups, dance troupes and other artists?

Remember this could soon be a law. So, say you have your friend play on your recording, and you have a deal to pay them a flat fee, and you don’t know about or are disregarding the new bill. Then, maybe two years later, that friend and you have a falling out and now that friend could decide to sue you for unpaid benefits. This could be a very real scenario. Many artists will not want to open themselves up to this possibility so they will find other ways to perform and record that will not include hiring California musicians.

There needs to be more support and benefits for independent artists –there is no doubt.  There needs to be more of an infrastructure that supports and values creativity in our society. However, AB5 is not the bill that will initiate or sustain that new paradigm. Whatever that system winds up being, it needs to be written and edited by the people working in that field – namely, the people that understand how independent musicians, producers and composers work. It does not need to be written by people that are working in a completely different industry.