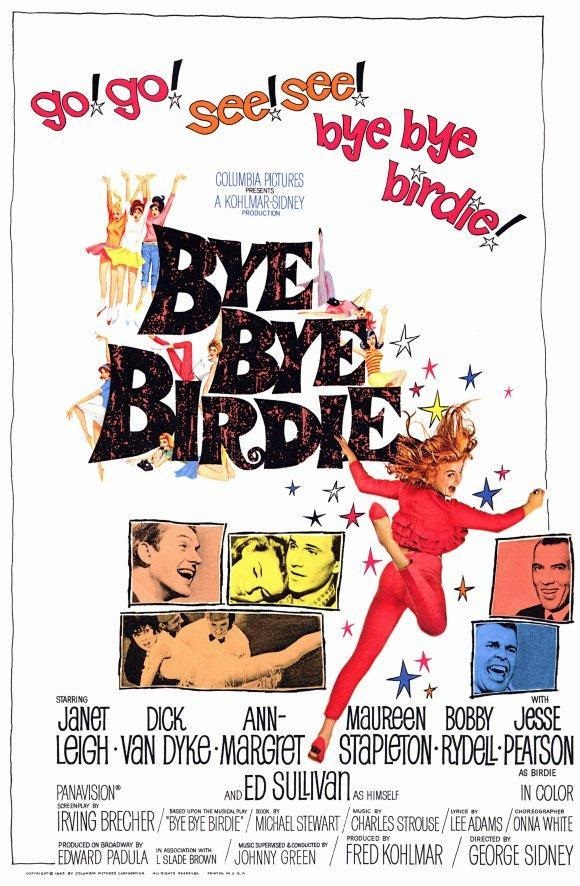 Hollywood, California (The Hollywood Times) 02/14/2022 –  “Just because I have long hair, doesn’t mean I only like heavy metal,” says Brian Perera, the, yes, long-haired founder of Cleopatra Records. “My roots are ‘50s and ‘60s music.” So while the label is best known for the likes of Motorhead and Danzig, this Valentine’s Day evening Perera and a full house of mid-century maniacs were here to celebrate a new release from 80-year-old Ann-Margret. Appropriately, they celebrated with a screening of her 1963 smash film, Bye Bye Birdie.

The venerable Montalban Theater was packed and masked for the February 14 event presented by Cinelounge, the only independent movie theater left in Hollywood. I can’t remember the last time I saw such a lively reception for a movie, and in this most jaded of cities. The crowd broke into spontaneous applause after every musical number, and ended with a long standing ovation. There was hooting and hollering and gasps of recognition (“I forgot what a great dancer Dick Van Dyke was!” “Good Lord, is that Paul Lynde as her dad?” “It’s Janet Leigh! As a brunette!)

As songwriter/guitarist Carla Olson of the Textones, sitting in the section to my right, put it, “I saw this movie in 1965 and it changed my life.” It’s easy to forget the impact of this Elvis-goes-into-the-Army pastiche. Not only did it break Ann-Margret as a huge star, it introduced inedible songs like “Put on a Happy Face” and “(Got) A Lot of Living’ to Do.” The dance number for the latter, with Ann-Margret in her infamous hot pink toreador pants and ruffle top, was the most energetic choreography you’ll see on film. And yes, I have seen West Side Story, thank you.

Sure, the movie is wildly dated, with portrayals of women that veer between sex kitten and harridan with almost nothing in between. And yes, Maureen Stapleton was cast as Dick Van Dyke’s mother even though they were born in the same year. But her performance was hold-your-stomach funny, as was Jesse Pearson as the “hip-swiveling, rubber-lipped jive crooner” (what the New York Times wrote at the time) Conrad Birdie. Paul Lynde steals the show with his flaming-queen take on “small-town dad” — and I have no idea if that was seen as subversive back in 1963, or if anyone even noticed.

And then, of course, there was Ann-Margret. Not only the sweet/sexy/funny singer-dancer of the movie, but the actual Ann-Margret in 2022, wearing shiny stiletto boots and a sparkly tunic, reminiscing with Access Hollywood’s Sibley Scoles about her childhood in a tiny Swedish village and her love of performing.

“I knew when I was four I wanted to perform,” grinned the fiery redhead, who says she is infinitely grateful that she’s been able to do so for more than 60 years. Still at it, too, as snippets of her new album Born to be Wild were previewed: “Splish Splash,” “The Great Pretender” and the title cut. Songs she’s always loved, she said.

Ann-Margret seemed quite tickled by the response she was getting, and was bowled over by the surprise presentation of a Valentine from the City of Los Angeles presented by Councilman Mitch O’Farrell. Can’t think of anyone who deserves it more.