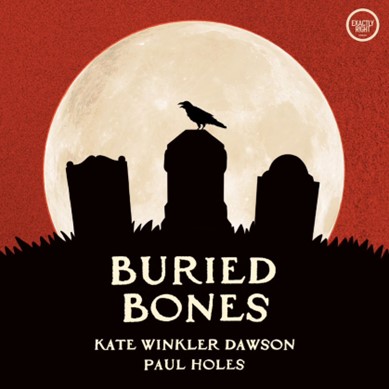 Your Wednesdays are about to get a lot more interesting– and terrifying, as the hot-off-the-presses true crime podcast Buried Bones premiered Wednesday, September 14th.

The podcast features the well-known and loved former cold case investigator Paul Holes teamed up with veteran true crime journalist Kate Winkler Dawson. With a dream team like this running the show, we knew this podcast would not disappoint. And apparently so did the fans.

Buried Bones was ranked #6 in Apple Podcasts True Crime– before it even premiered! There is a lot of hype around this podcast, and with good reason. Holes has worked on some of the most notorious cases in cold case history including The Zodiac Killer, Jaycee Duggard, and Laci Peterson to name just a few. And Dawson is famous for her ability to weave nonfiction storytelling aspects with the cold hard facts of investigative journalism to create a story that pulls listeners in while cracking the case wide open.

The podcast is also produced by Exactly Right Media, the same studio that brought the world My Favorite Murder, a consistently top 10 true crime podcast.

Buried Bones will be taking historical true crime cases and looking at them ‘through a 21st-century lens.’ Every week Dawson will present Holes with one true crime case that Holes will then apply modern-day forensic techniques to, ‘to bring new insights to old mysteries.’

According to podcast production, “We look at old cases from the late 1700s / 1800’s up to the 1960s – very old cases where we can glean these stores. Paul looks back on his experience to address these older cases Kate brings in. In episodes, the story is unfolding onto Paul as Kate explains it.” Certainly, an exciting premise! 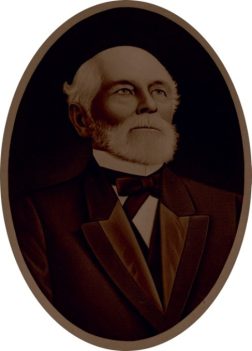 In the first episode Holes and Dawson dive deep into the 1900 cold case death of William Marsh Rice.  The two get to the “buried bones” of the case to discover who is really to blame for this mysterious death that features betrayal, poison, and a serious case of ‘he-said, he-said as two potential suspects point their fingers and their motives, at each other.

We were on the edge of our seats for this first episode, and believe us, it did not disappoint. The premier episode is titillatingly titled “The Valet Did It?” which gives off a  very ‘It was the butler with a lead pipe in the library’ vibe. And that is exactly what this podcast is, a true clue-based mystery cracking series. They take all the facts, all the interviews, and all the files and run them through a 21st-century lens, looking at the case from an entirely new perspective.

The case featured in the first episode is cold, very cold, like 1900s cold! The case is set in 1900s Houston, Texas where William Marsh Rice, the founder of Rice University lived and died. But while the case may have long since been closed, one big question remained. Did Rice die of natural causes or was it cold, calculating murder? Were innocent people put in prison, or were they rightfully convicted? This is the haunting premise of the first episode of the series, and we couldn’t wait to dive in.

As usual, money was probably the motive, as Rice was a self-made millionaire, but initially the exact motive is obscure. Bad business dealings, an angered late wife’s family, a disgruntled employee?

The podcast delves into the chaotic scenario surrounding Rice’s life and death. This twisted tale begins when following the death of his second wife, Rice found himself in the middle of a legal battle, fighting for half of his own property. Through some legal two-stepping, his late wife’s family had been promised her half of the property and assets upon her death and when they didn’t get it, they hired a described “sleazy” attorney named Albert Patrick.

Patrick seeing this case as a ticket to his own fortune, began the manipulative coercion of Rice’s most trusted confidant, his valet, Charles Jones. Which by the way, is not the guy who parks the cars, there is a different meaning in the 1900s which thankfully the hosts explained, because otherwise, we might have been a little lost.

Albert manipulates meek Jones into joining his plot for pence and the two begin a diabolical scheme to get Rice out of the way. But their plans are foiled when the 80-something Rice is stronger than they imagined. Their scheme initially fails so they begin forging wills and letters to extradite the process of getting the cash. Here is where Holes dives into how the study of typography could have been used to crack the case and prove forgery, which is fascinating.

Then, just when the two think they have things figured out, a hurricane out of Galveston required a $250,000 influx of cash to help rebuild the university that was Rice’s living legacy. Panicked, the two decided it was now or never and made their final plans to eliminate Rice once and for all.

Here is where things seriously begin to unravel as someone (the debate is over who) told the other to put a chloroform rag over Rice’s face. Which, apparently you can die from which, who knew? Holes did! And he explains the why’s and how’s. He also breaks down the hypotheticals of how it all could have gone down, including phrases like “old man strength” which we especially enjoyed. Horror and humor, we love it.

How the case is finally broken open and brought under investigation is a fascinating piece of the story, demonstrating that if you plan to do dirty deeds, it’s all about the details.

So at this point in the story the case is under investigation and the two are pointing fingers at each other. But who flipped first, the medical examiner’s findings and the final solution to the puzzle, you’ll just have to hear for yourself to believe!

This premier podcast is one for the books, or criminal archives, if you will. Dawson has a truly amazing storytelling ability that pairs with Holes’ unique detective perspective and between the two they truly weave a gripping portrayal of the case that completely draws the listener in.

We would also like to point out that Paul Holes has a very good cold case detective voice. It’s the kind of voice that we just know would haunt criminals in their dreams, knowing that there is that one lone detective out there who won’t stop until the truth is discovered and justice is served. Well, Holes is definitely that former cold case detective and Kate is that journalist. So, look out criminals, because these two could be on your cold case, and we the listeners, can’t wait to hear all about it.

Check out the podcast Buried Bones every Wednesday on your favorite podcast listening platform.