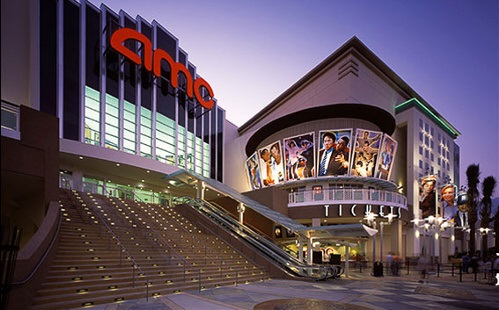 Burbank, California (The Hollywood Times) 09/11/2021 – It’s year 13 for the Burbank International Film Festival, live and in person once more at the AMC 16 Theatre in Downtown Burbank, with parties and receptions dotted around “the media capitol of the world,” as Festival Director Jeff Rector calls the festival’s home. 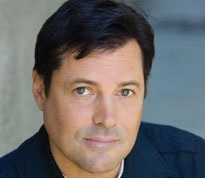 “Burbank is unique,” says actor/writer/producer Rector. “You have all the major studios here, TV and motion pictures, and we’ve got our own airport…. I’ve always said I’m going to make this a Sundance in our own back yard.

“LA has hundreds of festivals, but we’re the only one in Burbank,” he notes. “We’re proud of that.”

BIFF this year features 185 films over its 4-day run, judged in 27 different categories by more than 30 judges. “They’re all filmmakers themselves,” says Rector. “I feel you have to know filmmaking to really judge a film. Someone who is a film enthusiast is great, but not what we really need.”

Enthusiasts are, of course, the target audience, and most have yet to find this upstart festival. It’s still finding its sea legs in a sea of competitors. But as Rector says, “It gets bigger and better every year.” 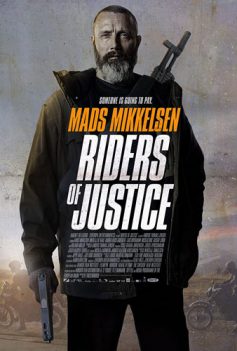 The opening film this year was the surprising, funny, sad, dark, touching Danish screwball comedy-cum-revenge thriller (yes, really) with a title that sounds like an old Western: Riders of Justice.

Directed and co-written by Anders Thomas Jensen (After the Wedding) and starring Mads Mikkelsen (Hannibal), Riders of Justice is superficially the story of a soldier (Mikkelsen) who is prompted to exact vengeance on a motorcycle gang when a team of oddball statisticians tells him the gang leader caused the train wreck that killed his wife.

But that makes it sound like some lame Liam Neeson joint, and this Coen Brothers-esque examination of causation vs correlation vs coincidence vs chaos offers tricks, twists and call-backs that take your breath away. Not to mention quirky characters, touching relationships, slapstick humor and real suspense.

It’s in Danish with English subtitles, which both gives the “international” in Burbank International Film Festival credence and launched the fest with a spectacular movie. Riders of Justice should be coming to some local theaters and be available on demand, and I couldn’t recommend it more highly.

The short features from opening night are less likely to show up in theaters, but some were quite well done for what were most likely low-budget, pandemic-constrained two-handers. I enjoyed both Be My Therapist and Sweet Nothings and would tell you more about both of them, except that the information doesn’t seem to be in the festival program or anywhere on the website. Like I said, still getting its sea legs. 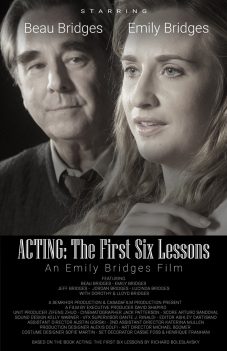 The closing night gala will honor the legendary Bridges acting family with the President’s Innovation Award for “three generations of excellence.” The closing film is the docudrama Acting: The First Six Lessons, directed by Emily Bridges and starring herself and her father Beau. Both members of the famed family are expected to attend the Red Carpet Awards Gala at the Burbank Marriott & Convention Center Ballroom.

Tickets are still available for Sunday’s documentary screenings and, as of this writing, for the closing celebrations. https://www.itsmyseat.com/BIFF  www.BurbankFilmFest.org