Birmingham, AL (The Hollywood Times) 06/23/2018 – On a frigid evening on December 8th, 2004, a monumental tragedy occured in Columbus, Ohio when a mentally unstable former Marine marked his path to the stage of the Alrosa Villa nightclub and brutally murdered Pantera co-founder and guitarist, “Dimebag” Darrell Abbott, shooting him 5 times in the head at point blank with a 9 mm Beretta pistol.

He was performing with his new band, Damageplan, formed with his brother and former drummer of Pantera,Vinnie Paul Abbott. Vinnie watched his baby brother and musical soulmate viciously snatched from this earth in the blink of an eye, in an display of extreme cowardice and heartlessness at the hands of an unhinged individual who doesn’t deserve to have his name mentioned here, but is long dead and paying his penance.

Almost 14 years later, the Abbott brothers are now reunited in the rock heavens. 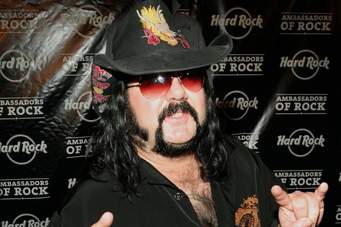 Vinnie Paul has sadly passed away at the age of 54. The rock world is devastated to lose such an icon, but finding solace in knowing that somewhere on another plane, a long awaited hug between brothers is taking place.

Vinnie and his brother Darrell, (Dimebag) formed a band in the early eighties known as Pantera that began as a glam hair metal dalliance, but over the years became an entirely different monster. The band would achieve a status and sound that to this day is widely imitated, but never outmatched. Pantera’s style of groove/thrash metal was introduced in 1990 with their major label debut, “Cowboys From Hell,” and following up with 4 more albums before disbanding in 2003. 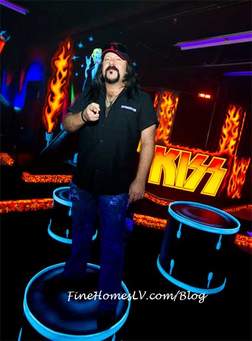 It was around this time that the Abbott brothers would form Damageplan, a band that would change both of their lives forever.

In the wake of his brothers murder, Vinnie understandably shut himself off from the music world and took time to mourn and deal with such a traumatic affliction.

In 2007, Vinnie would emerge once again as a drummer for the band/supergroup, Hellyeah, formed with members of Mudvayne and Nothingface, and releasing 5 albums over the course of 11 years.

Vinnie Paul Abbott was the archetype of what is known as a “dyed in the wool” musician, and has inspired countless aspiring drummers the world over, past and present. His mark has truly been engraved in the world of heavy metal, and your fans will forever be thankful, including this one.

“May your music live on forever to part the dark clouds of hate, and shine love back into humanity.”

IN LOVING MEMORY OF