Click the link to find out about all the new on Broadway:

Andrew Lloyd Webber‘s smash hit School of Rock – The Musical, announced today that the show will play its final Broadway performance at the Winter Garden Theatre on January 20, 2019. By that date, the show will have run for more than 3 years, playing 1,307 performances and 31 previews. The production recouped its entire Broadway investment in May of 2017.

School of Rock – The Musical has become a global phenomenon and will continue to bring its infectious rock and roll spirit to audiences all over the world. The show currently has productions running on London’s West End and across the United States on its National Tour – which launched on September 30, 2017 in Rochester, NY. Beginning on October 31, 2018, School of Rock will begin its extended sit-down production at Her Majesty’s Theatre in Melbourne, Australia before touring Asia.

On top of that, in an unprecedented move, Andrew Lloyd Webber teamed up with R&H Theatricals, a division of Rodgers & Hammerstein, and granted youth performance groups and schools the rights to perform the production before it even opened on Broadway. As of today, about 1,000 schools have performed School of Rock around the world. 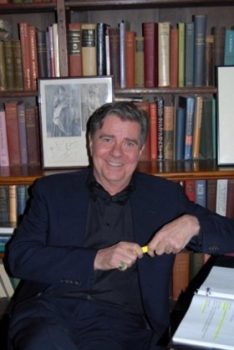 BroadwayWorld is saddened to report that Tony Award Winner Gary Beach has passed away at age 70. He is survived by his husband Jeffrey Barnett.

Gary Beach received the 2001 Tony, Drama Desk and Outer Critics Circle Awards for the role of Roger DeBris in the Broadway production of “The Producers.”

An only child born on October 10, 1947 and raised in Alexandria VA, he graduated from North Carolina School of the Arts.

One of Broadway’s most beloved comic actors, he was best known for his show-stealing performance as Roger DeBris in Mel Brooks’ The Producers, for which he won Tony, Drama Desk and Outer Critic Circle Awards.

Accepting the Tony Award, Mr. Beach said, “I am the happiest boy in the fifth grade.” The Baruch Frankel Routh Viertel Group, the producers of The Producers, said, “Gary Beach, an actor of consummate skill and artistry, was a glorious human being; a gifted, generous and incredibly funny actor whose presence in a rehearsal room or on the stage lifted everyone’s spirit and inspired them to be the best they could be. His joyous, Tony Award winning performance as Roger DeBris will remain forever in our minds and hearts as the personification of the joyous spirit of Mel Brooks’ The Producers. We, along with all who knew him are devastated by his passing and will remember him always.”

Also on Broadway, Mr. Beach originated the role of Lumiere in Beauty and The Beast and starred as Albin in the revival of La Cage aux Folles, receiving Tony Award nominations for both performances. His other Broadway credits include Thenardier in the revival of Les Miserables; as well as Annie, Doonesbury, The Moony Shapiro Songbook, Broadway Bash. Sweet Adeline(Encores), Something’s Afoot and 1776. He toured nationally in Spamalot as King Arthur and in James’s Kirkwood’s Legends!, which starred Mary Martin and Carol Channing.

On TV he appeared in “Queer as Folk,” “Kate and Allie,” “Cheers,” “Sisters,” “Murder, She Wrote,” “Late Show with David Letterman,” “Jamie Foxx,” “The Wayans Brothers,” “Dolly Parton,” “Saved By the Bell,” “Arli$.” Gary’s Film credits include “Defending Your Life,” “Space Works,” and “Man of the Century.”