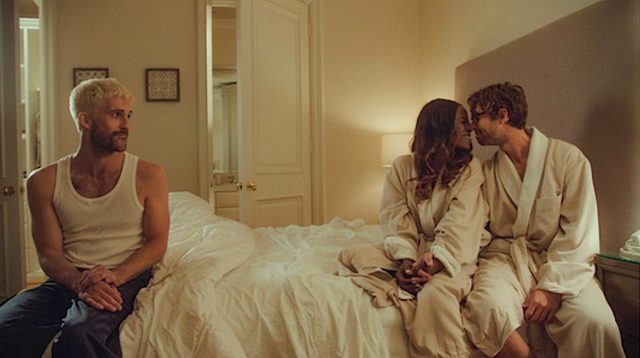 Los Angeles, CA (The Hollywood Times) 8/14/21 –  Looking for more comedy at Outfest 2021? Here’s a way to close your Saturday night on August 14 with a new series entitled “Bridesman” produced by Grindr. Yes, Grindr, the gay pick-up app, has moved into television production. They are launching a new series directed by Julian Buchan and previewing it at Outfest. Bridesman follows Terry, gay and awful, as he is forced to fulfill bridesmaid duties for his best friend despite his disdain for the construct of marriage and an electric sexual connection with the groom. When Terry threatens to upstage the control-freak Maid of Honor, secrets are made public, parties are ruined, and every relationship is pushed to its breaking point. The lead Jimmy Fowlie is a Groundlings member who was one of the terrible instagays on The Other Two, and wrote and starred in So Long Boulder City, a pseudo-recreation/skewering of Emma Stone’s character’s one-woman show from La La Land. The cast includes Sydnee Washington, Shannon DeVido, Crystal Porter-Bazemore, Megan Chelsea Johnson, David Mudge, Calvin Seabrooks 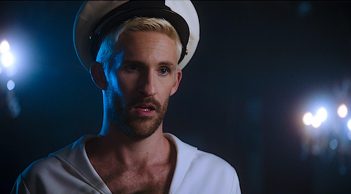 Co-star Sydnee Washington is a comedian, actress and podcaster who gained wider prominence after appearing in Comedy Central’s 2018 “Up Next” showcase. She co-hosted the comedy showcase originally started by Hannibal Buress at the Knitting Factory, and co-hosts the comedy podcasts “The Unofficial Expert” and “Hobby Hunter.” During the pandemic, she began hosting an increasingly popular weekly Instagram Live show called “Syd Can Cook”;

Shannon DeVido (who has Spinal Muscular Atrophy and uses a wheelchair) is probably best known for a recurring role on “Difficult People,” and her work on New York stages in Sam Hunter’s The Healing and Teenage Dick at the Public Theater. She was also the lead in Best Summer Ever, a movie musical that opened in April featuring a mostly disabled cast. 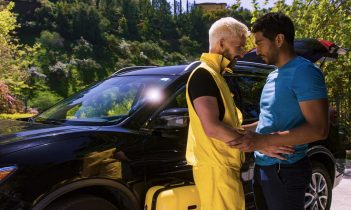 The Bridesman series will be six 6-10 minute episodes and hosted on the app, with recurring characters but all centrally focused on the main character played by Jimmy Fowlie. “Gay are harsh critics,” Fowlie clarifies. John Onieal remembers, sight unseen, the reaction on social media to the announcement that the platform typically used for trading photos and soliciting meet-ups would now be adding episodes of television to their grid of shirtless men. “I know that Twitter absolutely dragged this idea of Grindr making a series when they first announced it,” he says. “I thought it was hilarious. It’s getting people talking about it.”

It is all part of an experiment by Grindr. Since launching “Into,” the since-shuttered digital publication, in 2017, Grindr has been exploring ways to engage its users outside of the messaging feature. According to Grindr’s head of marketing Alex Black, even when “Into” was still live, it was the video content that got the most robust engagement. Since the site folded, the company has still maintained a schedule of video production, be it one-off short documentaries about exploring queer identities or the Old Gay Series, in which a group of gay friends in their sixties and seventies in Palm Springs react to Gen Z culture.

“Telling queer stories is something that is actually good business for Grindr,” says marketing head Alex Black. “Promoting visibility and representation can move the needle toward a more accepting world, and a more accepting world means more people feeling free to come out of the closet and live their authentic lives. A larger community means more Grindr users, and more Grindr users is good business. So it really makes sense for us in a lot of ways beyond just the more simple kind of engagement metrics.”

The screening is on August 14, at 9:30 p.m. at the Directors Guild of America. You can also buy streaming tickets for online viewing from 8/15 to 8/17. For tickets to in-person or online streaming, go to https://outfestla2021.com/bridesman/