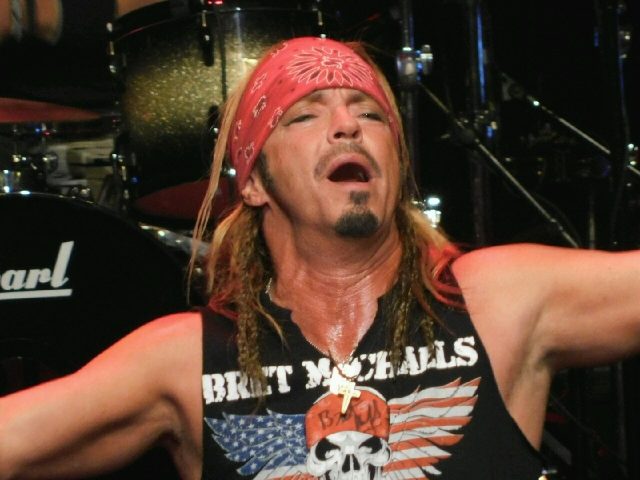 Tulsa, OK (The Hollywood Times) 10/31/2018 – ”My heart breaks for those that lost their lives in Pittsburg. I light this show up in honor to our Pittsburg brothers and sisters. Bret Michaels told the audience at the Hard Rock in Tulsa OK last night.

Everyone in the crowd had their phones raised with the lights shining.

Bret Michaels made sure the concert was a party! Everyone was on their feet and singing along to the song “Nothing But A Good Time!” Bret Michaels first stepped into the spotlight in the 8O’s as the front man of the band Poison. They had massive success and sold over 40 million records worldwide.

“Every Rose Has A Thorn” has always been my favorite! That song goes right along with Bret’s quote “My life is part humor, part roses, part thorns. That is why most of us can relate to him. I know my own life resembles this phrase.

“Your Momma Don’t Dance” was so entertaining with Bret starting the song playing the harmonica. WOW! The crowd was dancing in their seats!!

Bret is known for the TV show “ Life as I Know It!” Off the “love bus” and away from the bright lights of rock stardom, Bret Michaels is a down-home dad to daughters Raine and Jonja, who lovingly call their father ”Poppa Rocka.” His breaking franchise, “Rock of Love with Bret Michaels” is considered one of the most successful shows in network history. He went on to star in and won Donald Trump’s NBC hit “Celebrity Apprentice.”

Bret was treated in 2010 for a brain hemorrhage. He was very lucky that he has minimal side effects. He never missed a word to the songs. As you listen and see him perform he looks as though he is 30 years old. He moves quickly across the stage and always jumping in the air with lots of excitement!

A Type 1 diabetic, Michael’s constant drive has helped him give back to charities close to his heart. He has raised millions of dollars for charity and makes donations to causes such as diabetes awareness and research, childhood cancer, St. Jude Hospital and more.

At the end of the concert Bret came to the Halloween Bash in the main Ballroom of the Hard Rock Casino where the fans were lined up in their costumes for a Meet and Greet! He greeted everyone with a hug. What a genuine nice guy to take the time to even take a picture with each guest. A truly great experience to celebrate Halloween.

Bret Michaels, is an American singer-songwriter and musician. He gained fame as the lead singer of the glam metal band Poison who have sold over 40 million records worldwide and 15 million records in the United States alone. The band has also charted 10 singles to the Top 40 of the Billboard Hot 100, including six Top 10 singles and a number-one single, “Every Rose Has It’s Thorn”.

Besides his career as the lead singer, he released several solo recordings including the soundtrack album to the movie A Letter from Death Row, Songs of Life, in 2003. Michaels has appeared in several movies and TV shows, including as a judge on the talent show Nashville Star. He starred in the hit VH1 reality show Rock of Love with Bret Michaels and its sequels, then released Rock My World. In 2006, Hit Parader ranked Michaels at #40 on their list of greatest Heavy metal singers of all-time.

Charity work: Michaels and his band visited troops at Al Asad Air Base on October 6, 2007, while on a tour of U.S. bases in Iraq in support of Armed Forces Entertainment.  Bret Michaels has done extensive work for Operation Homefront- a charity that provides emergency financial and other assistance to the families of service members and wounded warriors. He earned $640,000 for the American Diabetes Association for competing in and ultimately winning the Celebrity Apprentice 3.

In June, 2014, while on a national tour date in Omaha, NE, Bret became aware of a series of tornadoes that hit the Nebraska town of Pilger. He, his band, and crew, went to Pilger to see the damage and assist with clean-up. When his tour came near the area again in August, 2014, he hosted a fundraising performance in Norfolk, Nebraska to help tornado victims in the area.