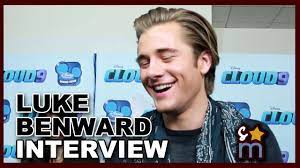 Los Angeles, CA (The Hollywood Times) 12/1/2021–Luke Benward, an American actor, producer, and director, introduces his directorial debut Boys, which shares a story that puts children, parents, and guns at the forefront of the conversation. Benward began acting when he was cast in We Were Soldiers, starring alongside industry giant Mel Gibson. His body of work also includes the Netflix film Dumplin’ with Jennifer Aniston and Life of the Party with Melissa McCarthy, as well as a variety of television credits and many more film credits. This timely film has qualified to be considered for a 2022 Academy Award. 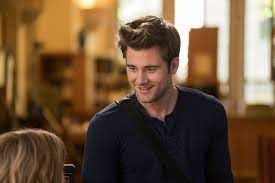 Producer Ariel Winter is one of Hollywood’s most promising young talents, and began acting at age four. She most notably starred for eleven seasons as Alex Dunphy on ABC’s critically acclaimed and Emmy winning hit series Modern Family, and as the voice of Sofia on the hit Disney series Sofia the First.

Writer David Mandell created the beautiful script, and is showcasing his talents with other outstanding credits, including Every Note Played with Angelina Jolie and Christoph Waltz, and the Apple television series The Bridge. Producer Sterling Beaumon is best known for his role on the critically acclaimed AMC/NETFLIX series The Killing, and producer Aaron Benward, father of Boys director Luke Benward and creative entrepreneur, started his career in music, and is the founding partner for Watershed Motion Pictures. The senior Benward has sold over a million records and produced three feature films in the past three years. 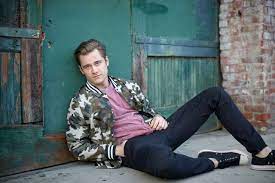 Producer Nicole Smolen has several award-winning films under her belt, many of which have debuted at acclaimed festivals ranging from Tribeca and Palm Springs to Cannes. These titles include Query, starring Justice Smith, and Nina Dobrev’s The One. Named by Variety as one of “Hollywood’s New Leaders,” Boys executive producer Andrew Carlberg was the producer of Skin, which won the 2019 Academy Award for Live Action Short Film, and Feeling Through, which was nominated for a 2021 Academy award. Boys is also executive produced by Sy Huq (Things That Fall), an award-winning Bangladeshi-American filmmaker, and by Mitchell Gossett, who has represented Benward since the advent of his acting career at age five, and has been in the entertainment industry as an agent/manager for decades. Gossett has discovered some of the biggest names in Hollywood, including Jennifer Lawrence and Miley Cyrus.

The young leads, Cameron Crovetti and August Maturo, have already made quite a mark on the entertainment world. Crovetti is best known for playing Nicole Kidman’s son in HBO’s Big Little Lies, and can be seen in the Emmy nominated Amazon series, The Boys. Maturo is best known for the Emmy nominated Disney Channel hit series Girl Meets World and New Line Cinema’s The Nun. 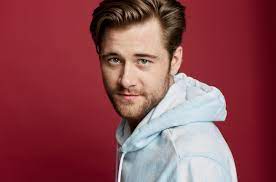 During this expressive and thrilling film, two young friends, one from a well-to-do family, and one from a family plagued by domestic violence, and whose mother has had some skirmishes with the law, go to play in the desert one Saturday afternoon. The older boy from the disadvantaged family brings a gun that his mother hides in the shed so that her probation officer won’t find it, and the boys start to shoot at bottles and practice their aim, after some convincing of the younger child, whose father told him never to play with guns. The boys let their imagination run wild in the barren desert, but the fun and games come to a shocking halt in an emotionally charged and terrifying scene. The loss of innocence and the dehumanization of elitism ultimately emerge as this short’s central themes.

In my interview with Benward, he noted that, “The overwhelming issue that is a hot topic right now is guns in America, which makes this film insanely timely.” Benward told me that he had been around guns his entire life, being originally from Nashville, Tennessee, and that gun safety was preached religiously, giving him an innate respect for guns. He said that growing up, when thinking about his younger self and the issue of guns and gun safety, he was always, “Toeing the line of fear and respect.” 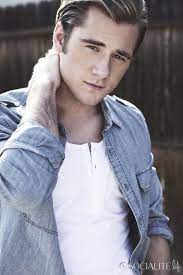 When I brought up the issue of video games and gun violence, he said, “I’m a gamer. We’re the last generation that doesn’t remember life without the internet. If we’re going to funnel in violence, we need to balance that with education about instances where peace was upheld. Education is power.” When asked what the takeaway he wanted to be from the film, he described passionately how he wanted to spark conversations about guns in the United States, and to “tell this story honestly” in a “visceral” way that would connect with people.

Although Benward has been fortunate to never have experienced gun violence personally, it is a topic that is close to his heart. He talked about the conversation, “whether it be fear-based or rights-based,” needed to be had in a way that was deeply moving. I got the feeling that Benward wanted this movie to sort of punch people in the gut, but in a way that motivated them to action, or at least to open, honest discussions. After watching the short, I had to express to Benward that as a mother, my own primitive, sort of animal instincts were on high alert during the emotionally electrifying scene where everything seems to go wrong for the boys. BOYS is nothing if not poignant and stirring, and I have to believe that Benward is pioneering and igniting a conversation-starter that is impossible to ignore with his touching directorial debut film.