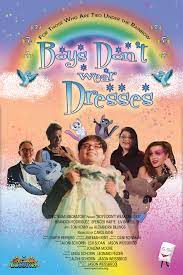 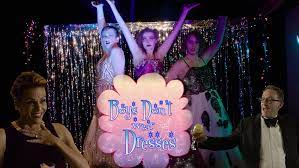 The storyline tells of a young boy Alon who loves dressing up in his sister’s clothes, especially fancy dresses.  Explores the themes of love and friendship, “Boys Don’t Wear Dresses” is an inclusive film experience created by -and featuring artists with autism, neuro-divergent, LGBTQ – as well as those with ethnic backgrounds. 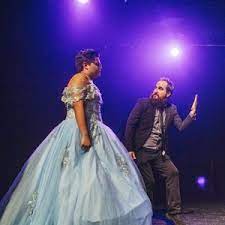 “It was conceived by myself and Aloni Schorin, who the film is inspired by, coming to me with the idea of creating a short film about what it’s like to a transgender autistic individual. We came up with a family friendly fairytale based on Cinderella,”said Weissbrod, who co- wrote the script with Schorin.

The theme of transgender, identity and personal expression will resonate, especially these days.  Topical and necessary in 2022, in my opinion. 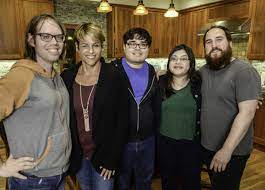 Awards so far include “Marvels of Media” award and it is on display this month in New York’s Museum of Moving Image.  Other accolades include Best in Show “Wicked Queer,” Boston LGBTQ  and Paris Film Festivals. It was selected for 17 film festivals and won 7 awards.

On the animation side is Dani Bowman.  She was animation instructor with Spectrum Labs for five years before starting her own company, Danimation.  Her entertainment production company is described as an “Autism Animation creative workshop and remote learning program outfit.”  For “Boys Who Wear Dresses,” she used the project as a teaching opportunity.  “When the project began, I was working with some of the animation students to develop some of the animation segments for the film.” Bowman ended up doing most of the animation herself, including the anthropomorphic script character jumping off a table.

“B.D.W.D” stars Brandon Rodriguez, Alexandra Billings (“The Connors” and “Wicked”’s Madame Morrible  and Carol (“Annie Hall,” and “The Princess Bride”) Kane as the narrator. Billings is transgender. Spectrum Laboratory is a non-profit company that creates original film, music and animation with the autistic and neuro divergent. www.spectrumlabs.org;

Yet to be released, to view the film contact thespectrumlaboratory@gmail.com