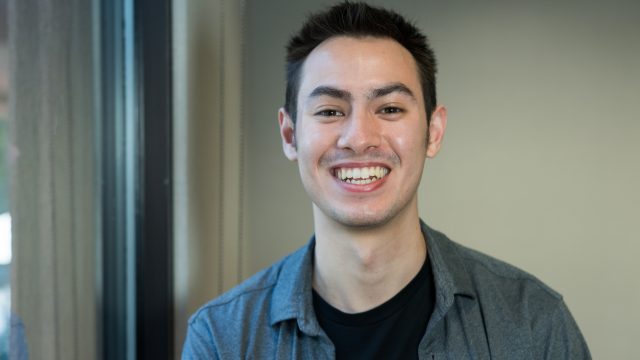 Los Angeles, CA (The Hollywood Times) 1/25/21 – At just 22-years old, Tyler Boronski has already established quite a name for himself in the entertainment industry. Boronski is a celebrity interviewer for his self-started YouTube Channel. You’ll find traditional celebrities featured on his channel such as actors Ken Jeong (The Hangover, Community), Brandon Routh (Superman Returns, Arrow), and Bart Johnson (High School Musical) to popular social media creators like Charli D’Amelio, Bryant Eslava, and Tana Mongeau. He originally began his YouTube Channel around interviewing professional sports athletes. However, in the last couple of years, he has focused his channel more on interviewing some of the biggest names in “Hollywood”.

THT: After starting in sports, what made you interested in interviewing entertainment celebrities? 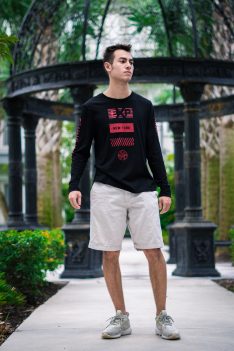 Tyler Boronski: I’m originally from Connecticut, but I went down to Orlando, FL for college. While living down there, I was exposed to a lot of comic con and social media conventions- something I’ve never experienced or had access to while living in Connecticut. I was still doing stuff in professional sports and actually studying sportscasting at my school, but getting a chance to attend these entertainment events was something new to me. I’ve always loved entertainment as well. After having the opportunity to interview a few actors and social media creators, I realized I wanted opportunities in the entertainment world in addition to what I do in sports. Today I get a chance to be involved in both worlds that I love! I work for a sports TV network in the Boston area and then YouTube gives me an opportunity to interview entertainment celebrities. I’m grateful!

THT: What is the interview you get asked about the most?

Tyler Boronski: The interview that gets mentioned the most to me is the one I did with Charli D’Amelio. One big reason I think why is because I interviewed Charli relatively “early” in her “fame”. When I interviewed her back in December 2019 – that was her 3rd ever interview. She also hit 10M followers on TikTok the day we spoke. 10M followers is a huge number, but where she is now being over 100M+ followers, it was pretty cool to be around her before the “quick rise” in fame she’s experienced. She was awesome to speak with. I look forward to hopefully reconnecting with her later down the line for a follow-up interview someday soon.

THT: Who was your favorite celebrity to be around? 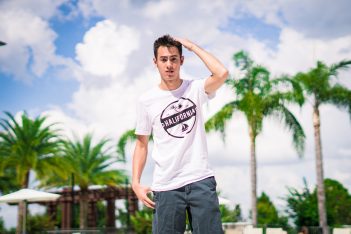 Tyler Boronski: I really enjoyed being around Tana Mongeau. What I liked about her is that she was authentically herself 100%. What you see online is what you get in-person. She was generous with her time too and provided great answers in her interview. Just fun and energetic person to be around.

THT: Who is your dream celebrity to interview?

Tyler Boronski: I want to interview the best of the best so any “A-listers”. People like Leonardo DiCaprio, Tom Cruise, Robert Downey Jr. would be dream gets. I would also like to interview David Dobrik one day as he’s my current favorite YouTuber.

THT: What makes a good interview?

Tyler Boronski: The best interviews are both informative and entertaining. My goal is to always make sure my audience feels more “knowledgeable” afterward- whether about the specific person, the movie they worked on, etc. I want my audience to feel like they learned something they didn’t know before. My hope is that I’m “advancing the story”. As far as making it entertaining, I try to accomplish that by my editing style of the interviews. I add a lot of relevant b-roll to my interviews to hopefully make it visually more interesting to watch. I also do my best to provide great energy, genuine interest, and develop good comradery with all my guests.