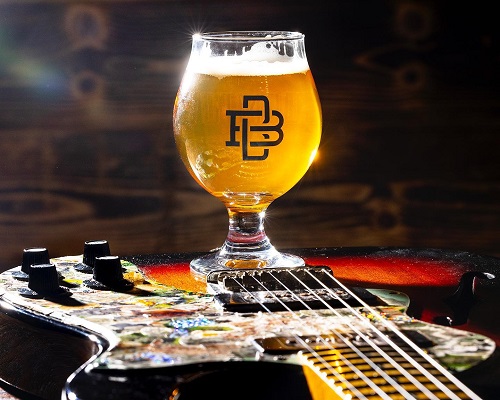 When Boomtown Brewery opened more than five years ago, it was at the northern reaches of the DLTA Arts District, an urban architectural outpost in the scruffy industrial area. Today, that burgeoning Arts District is growing outward to engulf it, but Boomtown will always go its own way.

The main attraction has always been, obviously, the beer, stupid. John Smith of industry bible beeradvocate.com said, “Boomtown is crafting ales for people who like full flavored beer and want to know what it was like BEFORE Prohibition.” Boomtown has one of the most varied selections of rotating and permanent taps in Los Angeles.  They not only craft Old World, unfiltered, gravity fed, full-flavored beers on the premises; they have a robust specialty canning program. Perennial favorites like Bad Hombre Mexican Style Lager, Nose Job IPA, Mic Czech pilsner, and Chavez Ravine hazy IPA (the last two sold at the stadium, too) join their Artist Series–limited-edition Hazy DIPA’s featuring can label art “that inspires us to push our brewing creativity,” says Boomtown principal John Rankin. “We share something fundamental with these artists – a love of creation, a desire to push the limits, and the pure joy of making something beautiful from raw materials. The Artist Series was born from this ethos.” While there’s been over a dozen Artists Series DIPAS, one, the Graffiti Double IPA with art by DJ Neff, has made three appearances—probably because the can mimics the look of a spray paint can.

In fact, it was cans and growler fills that tided Boomtown over the pandemic, when the brewery was confined to selling beer from its loading dock. But the community rallied to support the brewery, and today is stronger than ever with beer overflowing in the taproom and to-go. And speaking of taps, Boomtown’s revived an old favorite: Oatmeal Stout, which exudes rich notes of chocolate blended with fresh roasted coffee. Its substantial body is full of roasted notes and deep caramel tones thanks to a complex blend of malts. A generous helping of rolled oats gives a velveteen texture and East Kent Golding hops provides balance. It’s a beer and a hearty snack in one. There’s even some gluten free options—one is Al Fresco hard seltzer; a refreshing fruit-forward seltzer with rotating flavors. Currently it’s “berry blast” consisting of blackberries and blueberries—previous incarnations were tangerine, Sauvignon Blanc grapes, and raspberries, among others.

While Boomtown doesn’t [yet] have a kitchen, patrons are never far from food, with food trucks and popups like @trippburgers and @phillyjayssteaks vying for attention at the loading dock every night.

For summer and fall, though, Boomtown’s committed to provide entertainment with almost every beer in its cavernous auditorium, serving as counterpoint to typical sports on projection TV’s (but they’ve got that too). Boomtown’s weekly event calendar started filling with Vegan Playground, which grew from a summer popup in July 2021 to downtown go-to night market, an every-Wednesday celebration of food, accessories, games, crafts and all things plant-based that’s since spread to Hollywood and Long Beach.

Friday night? Themed Karaoke with host @kjdiggitydogg and his basset hound Arizona (remember, “rabbits can relax when a basset pack is after them”), they reward singers with $2 off beers. 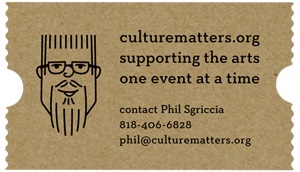 All of Boomtown’s events are currently free. “While our original mission was to bring artisan beer to DTLA artists,” concludes Rankin, “we’ve expanded to serve our growing community—of beer lovers, artists, musicians and other creatives from the Arts District and afar.  We’re lucky to have both a brewery, taproom and entertainment complex, where we look forward to providing a regular roster of entertainment while retaining our capacity to surprise people.”