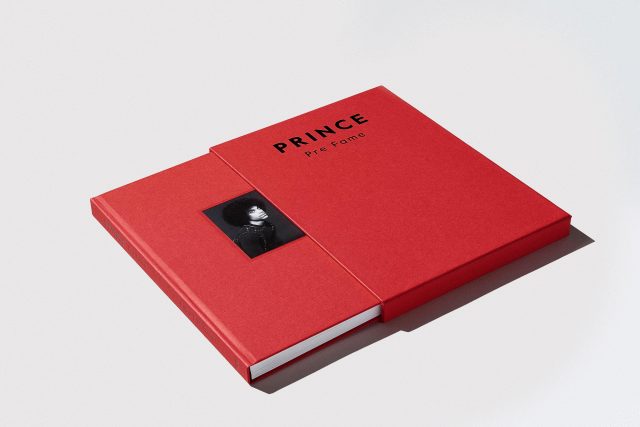 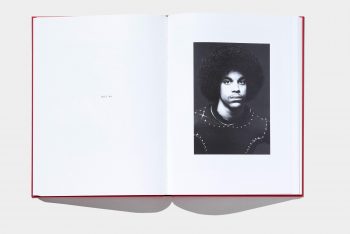 Robert  Whitman was the photographer and soon would establish himself as a leading fashion photographer known especially for his beautiful black and white photographs.
But It was 1977 and neither Whitman or Prince were known yet to the wider world. The photographs were shot on location, and at Whitman’s studio. 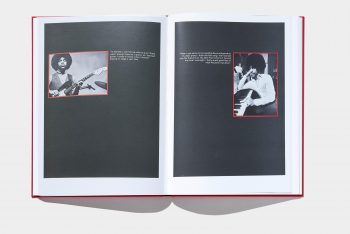 The photographs were used in the press kit that Prince and his manager Owen Husney presented to record labels. This led to Prince getting the biggest record deal ever at that time for a new artist.
Perhaps the best known photograph and certainly the most unique is the photo of Prince standing in front of a wall of music notes. This mural was on the side of the Schmitt Music store in downtown Minneapolis. Adding to the charm of this photo is the older lady in the background looking on with a bewildered expression.

Another location was the cozy setting of Mr. Husney’s home. Prince posing with piano, guitar, and in some shots with Husney’s dog.

The studio photographs are truly revealing. The studio gave Whitman the opportunity to really get inside his 19 year old subject. Any outside distractions were eliminated when Whitman and Prince were one on one in the studio. Looking into Prince’s eyes one can see a curious, inquisitive, shy yet confident young man. In one special photograph Whitman used a wonderful halo light to accent Prince’s hair.
PRINCE Pre Fame contains virtually every photograph shot and includes 18 proof sheets and 67 enlargements plus a view of the original 1977 press kit. The text is also terrific. Whitman describes each photo session. Legendary director Spike Lee wrote the introduction. Prince’s business manager Gary Levinson shares significant notes from his diary about the earliest days of Prince.