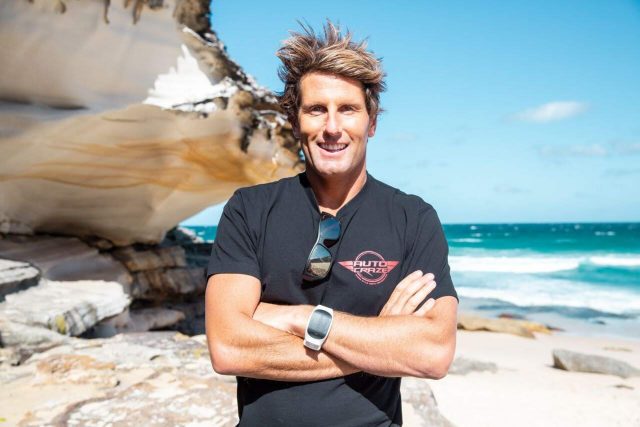 Quote from Harries Carroll of ‘Bondi Rescue’ fame, now on Netflix.  This celebrity, lifeguard and father of 2 boys aged 5 and 3 says, “The Sharkbanz should be a gift to every dad on the planet for Father’s Day”.

It is definitely shark season. Did you see the news about the Great White in Long Island Sound sound?  And the recent fatal shark attack off Reunion Island where the victim was not wearing a shark deterrent band but the other three surfers who were with him were wearing these devices. Florida  just had their first attack in 2019 and Hawaii  had a fatal attack of a 65 year old Kayaker last month.

Show dad how much you care about his safety in the ocean with a shark deterrent band from Sharkbanz.  Based on over a decade of research and verified by independent research, Sharkbanz use patented magnetic technology developed by marine biologists to deter predatory shark species. Designed for beachgoers, swimmers, spear fisherman or surfers,  Sharkbanz are the solution for peace of mind in the seven seas.  Sharkbanz has a long list of testimonials including a Navy Seal Diver who averted an encounter thanks to his Sharkbanz.  The company just got a testimonial from a surfer in Oregon who saw a shark do a quick turn away from him thanks to his Sharkbanz.

“I am lucky enough to have two healthy boys aged 5 and 3 that respect the ocean and its creatures. The boys talk about sharks all the time,” Carroll says.  “Father’s Day is so special to me and I want to be around for the boys forever. I know the risks of an encounter with a shark but I do reduce that risk, having peace of mind wearing my Sharkbanz.”