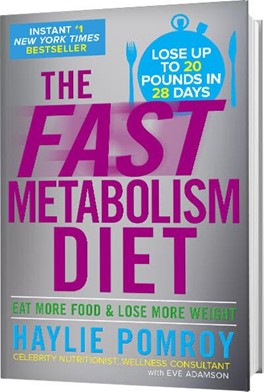 Pennsylvania (The Hollywood Times) 3/25/22 – Haylie Pomroy is a body whisperer.

She’s the sculptor, the nourisher, the charmer soothing your body into cooperation.  Turns out being on a diet can be sexy, as sexy as Jay-Lo’s abs and that Iron Man guy with all those gadgets.  The celebrity nutritionist not only worked with Jennifer Lopez and Robert Downey Jr., but also megastars Reese Witherspoon, Raquel Welch, Cher… she even worked with the Sultan of Dubai.  I didn’t even know there was a Sultan of Dubai until now.  So it turns out the learning curve with Haylie Pomroy is as curvaceous as a pomegranate.

If you can imagine the quiet girl in the corner of Biology 101, averting the teacher’s eyes and desperately hoping not to get called on, that was me.  I’m what I’d call science illiterate.  In fact, I’m not sure that I even understood what a liver did until reading Pomroy’s best-selling book The Fast Metabolism Diet.  I could write, learn language, and play instruments like a maniac, but that Chemistry lesson always sat at the bottom of my backpack like some brooding little grudge.  On dissection days, I’d find myself mysteriously ill and therefore unavailable.  So getting someone like me to understand the complexities of the human body is something of a talent that Pomroy has somehow managed.

Her philosophy goes something like this: Did I Eat Today?  Of course, Pomroy would take the DIET acronym and twist it around the middle to form a new stigma.  She wants to feed you, not strip your body.  She wants to fortify and strengthen, comparing the metabolism to an inner bonfire.  Her diet plan is empowering.  She talks about food in a way that makes it feel friendly, rather than threatening to your waistline.  She doesn’t count calories.  She doesn’t hound you with the Intermittent Fasting trend, which turns its victims into suffering servants set in starvation mode.  “You should eat!” she says.

Pomroy was diagnosed with an Autoimmune Disease, and she had to learn about her own body and how food affected it.  She was also diagnosed with dyslexia, the condition in which a reader rearranges words and letters in their head.  So if the book sounds like she’s talking to you, she is.  She actually spoke the book out loud and had it transcribed.  It’s no wonder The Fast Metabolism Diet has such a conversational tone.  Open it up to any random page and you’ll feel like you just stepped mid sentence into an ongoing conversation.  It’s wildly easy to read, especially for someone like me who nearly failed Chemistry.

My favorite aspect of this book is the layman’s term definitions Pomroy gives to the body’s functions.

Her program cross-trains the metabolism and clients are given a meal plan which differs from day to day.  It contains three phases.  In Phase One, the plan is loaded with healthy carbs and fruits.  In Phase Two, proteins and vegetables are the main event.  At the end of the week, it’s Phase Three and healthy fats are added.  It’s user friendly, providing scientific data, food lists, and delicious recipes.  Here, everyone can have access to the food philosophy celebrities are undergoing.

“Anybody that comes into my practice is in my opinion a major star and holds a very special place in my heart,” Haylie Pomroy tells me in an interview.

She has a sunny disposition that feels contagious.  Her smile seems to radiate through her whole person when she speaks. I get the feeling that she’s the energetic and optimistic realist, ready to dish out good advice in a motivating speech… with a little bit of tough love on the side, of course.  She’s like the soccer coach that I should have had instead of the red-faced fanatic screaming at the sideline.  She’s the inverse of that blood-boiling scene, instead encouraging people to take a breath, calm down, and make healthy eating fun.  It turns out food should be fun.  Why has it taken so long for Americans to figure it out? 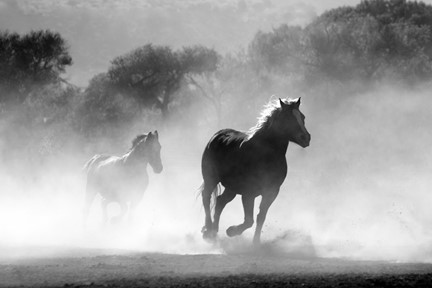 “There is no species that we refrain from food and consider it a successful diet,” she mentions, concerning the American food trend to eat less.  She has an agricultural and animal science degree that led her to understand the natural relationship physical lives take on with food.  From there she went on to nutrition as a Registered Wellness consultant.  “With race horses their diet is the best supplements, the best nutrients… it’s how to optimize their bodies.  Then, in people, for some reason, it’s ‘whoever eats the less wins.’  That’s just crazy!”

Haylie Pomroy wants to do away with that “starve yourself” mentality.  She’s seen countless people come through her office with that food ideology.  She’s met the chronic dieter that can’t lose weight.  She’s met the calorie counter, the energy drink enthusiast, the skeptic, the work hound, and can she help them?  That answer is a resounding “Yes!”  Her website is loaded with glowing reviews and pictures of people who have trimmed their stubborn waistline through her program.  It’s no wonder The Fast Metabolism Diet landed #1 New York Times Bestseller.  It’s a lifestyle change that comes with supplemental resources and an entire community of healthy kool-aid drinkers.  But it’s not cult-like blind trust that makes this work.  It’s thoroughly researched science that Pomroy has developed her mantra around. 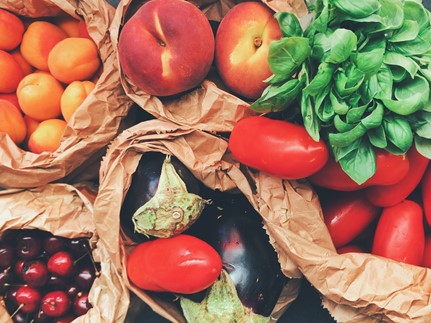 “Things that aren’t even food are in the food aisle and are considered food.  I consider food to be something that was once from the land, the sea, the sky, that grew from the earth,” Haylie Pomroy discusses the concerning toxins we are exposed to daily.  The unhealthy processed foods loading our American diet wreak havoc on the body, she explains.  Our soil is depleted.  Our makeup and cleaning products contain harmful ingredients.  We absorb our atmosphere through the water we drink, the food we eat, the products we put on our skin.  That’s why the nutritionist is also focused on cleansing the body.

Her 10 Day Fast Metabolism Cleanse kit has helped “clients lose up to 10 pounds in 10 days.”  It features the micronutrients and the whole ingredients like pomegranate and spirulina necessary to clean out the liver and quicken the metabolism.

In general, her mindset is Unwind, Unlock, and Unleash.  And there’s certain foods that Pomroy wants her clients to avoid like sugar, processed foods, energy drinks, and overstimulation.

Caffeine, like stress, and overstimulation will tax the adrenal glands.  So many Americans are catapulted into a fight-or-flight state now.  According to Pomroy, “Stress pulls nutrients from the body from places you can’t afford to lose them (like muscle).”  She promises that with her diet, caffeine is not necessary and energy will be abundant.  This food philosophy is a foundation of health and wellness knowledge worthy of attention for all body types and health woes.

“Support is critical.  Non-judgment is essential,” the nutritionist comments on the online support system found on her website.  “You can do this.  You really can.”

It’s not just an online support system though, but an entire network of people with ailments and goals, and Haylie Pomroy is the connective tissue.  This is the woman that flew in an airplane with Cher and the woman that can summon personal phone calls from Jennifer Lopez.  She’s widely loved by her clients, from sultans, to movie stars, to the dieting sorority alumni in her 60s.  It makes me wonder, is this new diet trend the one that’s finally going to stick?  To me, however, it doesn’t feel quite like a diet at all but a new foundation of health.

I myself was undergoing a detox from caffeine the week before picking up her book.  After that detox week, I was amazed at how much calmer and healthier I felt.  Then finally sitting down to check out her book, I open up to a random page.  And with chilling happenstance, I open to the page that says in big bold letters, “RULE #6: NO CAFFEINE.”  Could it have been Pomroy’s magical whisperings materializing through her book?

She produces clinical results through science, but it does make me wonder if there’s not some powerful sorcery interlaced throughout her philosophy.  I’ll leave her to the explanations though and those intuitive body whisperings she promises.

Check out celebrity nutritionist Haylie Pomroy’s book, The Fast Metabolism Diet, in all major book stores and on her website: hayliepomroy.com.  Try out her 10 Day Cleanse here!  Get a free copy for a limited time!