ON THIS DAY
In 1990, Deborah Norville became the news anchor for NBC’s “Today” show, while the person who ultimately replaced her, Katie Couric, made her first appearance as anchor on the “CBS Evening News” in 2006…Veteran reality-series Emmy-winner “The Amazing Race” launched on CBS in 2001. The next edition is expected to air in midseason…Celebrity Birthdays: Legendary Bob Newhart is 90; actress Raquel Welch is 79; Oscar winner Michael Keaton is 68. For more on Bob Newhart, click here

Did You Know?:
Bob Newhart’s first regularly scheduled television series was NBC variety hour “The Bob Newhart Show” in the 1961-62 season. Despite airing for only one season, it earned Newhart a primetime Emmy Award nomination and a Peabody Award. The Peabody Board cited him as…”a person whose gentle satire and wry and irreverent wit waft a breath of fresh and bracing air through the stale and stuffy electronic corridors. A merry marauder, who looks less like St. George than a choirboy, Newhart has wounded, if not slain, many of the dragons that stalk our society. In a troubled and apprehensive world, Newhart has proved once again that laughter is the best medicine.”

Ratings Breakdown:
NBC led the midweek overnight troops thanks to the live one-hour “America’s Got Talent” results show. “AGT” topped the night with ease at a 5.9 rating/11 share in the household overnights, which was 74 percent above competing “Big Brother” on CBS (#2: 3.2/ 6). Both veteran summer franchises, however, were down from the year-ago evening – “AGT” by 8 percent and “Big Brother” by 16 percent.

With ample lead-in support, NBC’s freshman singing competition “Songland” at 9 p.m. won the hour with a 2.8/ 5. But that was 70 percent below the 8:30 p.m. portion of “AGT” (6.1/11) and may not be worthy of a second season.For the remainder of the analysis plus the half-hour breakdown for Wednesday, September 4, click here

“The Testaments,” the sequel book sequel to “The Handmaid’s Tale” that takes place 15 years after the original novel, has been optioned by Hulu and MGM as a potential sequel series. Narrated by three female characters, one of them is Aunt Lydia from “The Handmaid’s Tale.”

Bruce Miller, who served as showrunner for “The Handmaid’s Tale,” will work on turning “The Testaments” into a television series. There are no details at present what form that would be exactly.

This marks the third potential collaboration between Margaret Atwood and MGM Television. In addition to “The Handmaid’s Tale,” the studio acquired the rights to Atwood’s 2015 novel “The Heart Goes Last,” which tells the story of a young couple who have been hit by job loss and bankruptcy in the midst of a nationwide economic collapse.

Following its premiere, the series moves to its regular time period on Saturdays at 11:30 a.m. ET beginning Saturday, Oct. 19, on Nickelodeon.

The logline: Starring Izabella Alvarez (“Westworld)” as 11-year-old Ronnie Annie, Carlos PenaVega (“Big Time Rush”) as her brother Bobby and Sumalee Montano (“Nashville”) as her mom Maria, the series showcases the culture, humor, and love that’s part of growing up in a multigenerational Mexican-American family. After moving in with their grandparents in Great Lakes City, Ronnie Anne adjusts to her new life living under one roof and over the family-run mercado (local market), which is a gathering place for everyone in the neighborhood.

The pick up of “Grace and Frankie” comes ahead of the upcoming sixth season, which will be available for streaming in January 2020. Stars Jane Fonda, Lily Tomlin, Sam Waterston, Martin Sheen, June Diane Raphael, Brooklyn Decker, Baron Vaughn, and Ethan Embry will all reprise their roles in the seventh season. 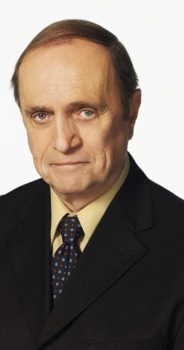 If you are a fan of “The Bob Newhart Show,” the first of two successful sitcoms hosted by the veteran comedian, you will remember its importance on that classic 1970s CBS Saturday night line-up. It never got the accolades it deserved, unfortunately, because it was somewhat hidden in the shadows of its higher-profile lead-in, “The Mary Tyler Moore Show.” But for six seasons, Bob Newhart as Chicago psychologist Dr. Bob Hartley (who never seemed to make any progress with his patients), was the clear example of why a likable and sensible lead is the perfect center for any comedy featuring a sea of unusual characters.

There is even a drinking game called “Hi, Bob,” believed to have originated on American university campuses in the 1980s, where participants watch “The Bob Newhart Show” and consume their beverage of choice whenever a character utters the phrase, “Hi, Bob.”

In 1982, four years after “The Bob Newhart Show,” came the comedian’s second long-running CBS comedy, Newhart, set at a cozy inn in Vermont. This time, Bob was featured s Dick Loudon, once again the calm center to a host of loonies (remember Larry, Darryl and Darryl?), and now a New York writer of “How To” books who decides to renovate and re-open a colonial inn. For more, click here

Casting News
Kevin James (“The King of Queens”) will star and executive produce Netflix’s new multi-camera sitcom, “The Crew.” Set in a NASCAR garage, James will play the crew chief.  When the owner steps down and passes the team off to his daughter, James finds himself at odds with the tech reliant millennials she starts bringing in to modernize the team.

PI Podcast: What Are Your Favorite TV Shows of Each Decade
Programming Insider’s Douglas Pucci and  Y100.1 FM’s (KUYY-Northwest Iowa) Scott Nolte focus their discussion this week on football. To listen to their segments, click here

Two-hour special “Loch Ness Monster: New Evidence,” will premiere on Travel Channel on Sunday, September 15 at 8 p.m. ET and in the United Kingdom on Discovery Channel on Sunday, September 15 at 7 p.m. The logline:  Tales of a monster lurking beneath the waves of Loch Ness have terrified people in the Scottish Highlands for centuries. Now, Dr. Neil Gemmell of the University of Otago in New Zealand, uses a cutting-edge scientific technique called environmental DNA (eDNA) to unravel this centuries-old mystery. Travel Channel has the exclusive first look at Gemmell’s high-tech monster hunt, as he carries out experiments, talks to eyewitnesses and investigates the incredible history of the Loch Ness monster

2019 College Football Week 2 TV and Announcer Schedule
The Texas A&M Aggies visit the Clemson Tigers (ABC, Sep. 7 at 3:30 p.m.) for the first time since the Aggies almost upset the Tigers last season; one of the Tigers’ rare close games in 2018.

Then on ABC’s “Saturday Night Football” for LSU-Texas, the focus will be on the LSU defense vs. Texas quarterback Sam Ehlinger. This is only the programs’ second meeting since LSU won 13-0 in 1963. In the 2003 Cotton Bowl, the Longhorns beat the Tigers 35-20.

ON THE AIR TONIGHT 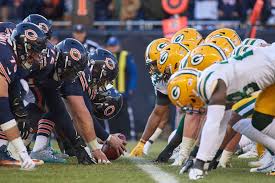 The Green Bay Packers face the Chicago Bears on football on NBC…Fox game show “Spin the Wheel” concludes for the season (or series)…Other season finales: “Mountain Men” on History; “Queen of the South” on USA…“Forged in Fire” returns on History…For the listing of available programs for Thursday, September 5, click here