From pushy bottoms to macho femmes, Bloodsisters is an A-Z documentary guide that takes an in-depth look at the San Francisco Leatherdyke scene during the mid-nineties.

“An intriguing formerly ‘banned’ documentary, from 1995, about women who are Lesbian or who identify as something else, into SM talk about their lives, loss of family through non-acceptance, a the birth of a new family and a new life where there is no more fear!” 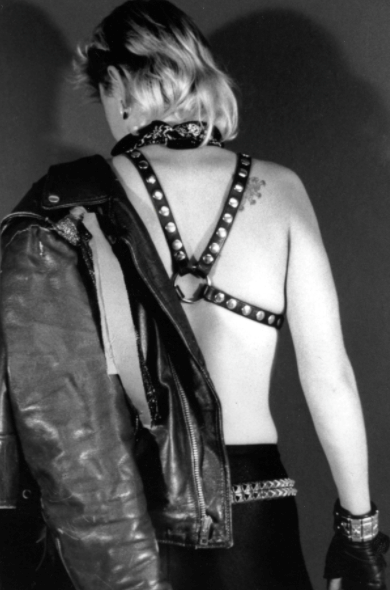 From pushy bottoms to macho femmes, Bloodsisters is an A-Z documentary guide that takes an in-depth look at the San Francisco leatherdyke scene during the mid-nineties, shattering assumptions about gender and lesbian sexuality. Handelman’s film doesn’t describe the bounds of permissible fantasy in the women’s leather community; rather it broadens the discussion about private expressions of eroticism and their political implications. Eight self-described leather dykes tell their stories about participating in a subculture cast off by its own immediate ally, the larger lesbian community.

Surrounded by the paraphernalia of S/M ritual, these women collapse the cheap stereotypes used to demonize them. This film documents a subculture within a subculture; seen by some within the gay/lesbian community as being traitors to the cause, these practitioners are the queerest of the queer, and the group’s strong desire for self-definition shines through.

This controversial film was attacked in Congress by the conservative American Family Association for its depictions of radical lesbian sexuality, but the film reveals a fluidity to role-playing that is far more complex. As one woman declares S/M is about “finding your own boundaries and moving beyond.” Slave auctions, activist events, and the International Ms. Leather competition are artfully joined to the interviews, while a soundtrack by SF riotgrrl punk bands Frightwig and Typhoon and industrial music masters Coil and Chris & Cosey propel BloodSisters along.

The Review:
Women called about National Leather Association – to be able to answer questions and take away the boogieman!  To no longer be afraid. It’s not about people’s worst nightmares. Most of America has been tied to a bedpost somewhere and may have in played with spanking and are you willing to put yourself out there and say, publicly, that this is something I do or have done in my life. 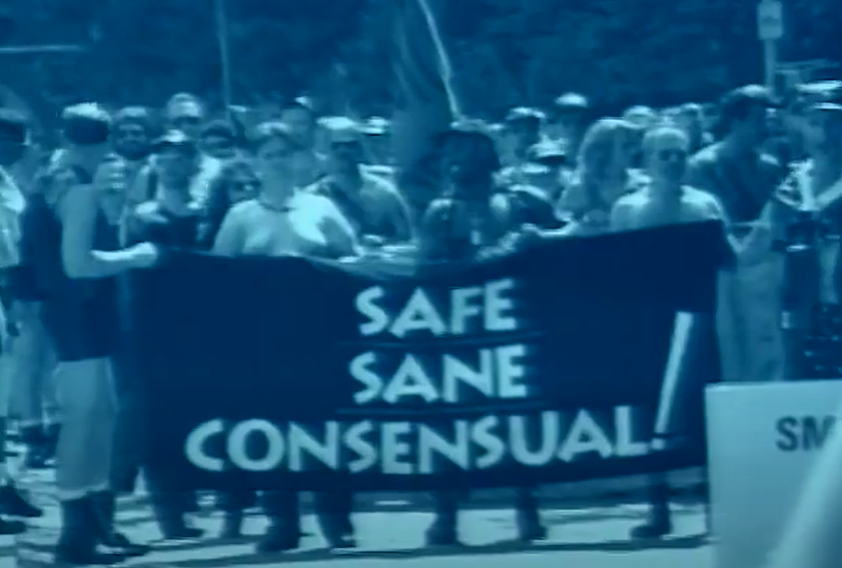 Pat Califia Author Activist – speaks about this fact. Most of the other women were not dykes. They were mostly pro Dommes, bisexual and heterosexuals. Pat had a hard time finding other dykes that were into this. JC Collins – MS San Francisco Leather 1992 – speaks about always wearing leather because her father rode bikes, and she started riding bikes. Then she started noticing other women wearing leather.

Lesbians, SM’s, throws a monkey wrench into the whole dynamic about feminism and these dykes became intolerable to the whole feminism movement at that time in the 90’s.

Tala Brandeis San Francisco Leather Dyke – she speaks of the animalistic part of the human psyche. She asks, in the film, for us to recall that first moment in your life when you lusted for someone and felt what you felt, the scent, the desire, yearning and the way you just couldn’t let go. She translated that into the Cum-Scent.

I paraphrased here, but it makes complete sense. I recall my first time I experienced that which Tala speaks of with a woman I was dating. That MOVIE scene where you just grab each other and rip each other’s clothes off, you can’t stop, you don’t want to stop, you just want to get at your partner and “fuck!”  This is the animal part of the human pysche that drives us. 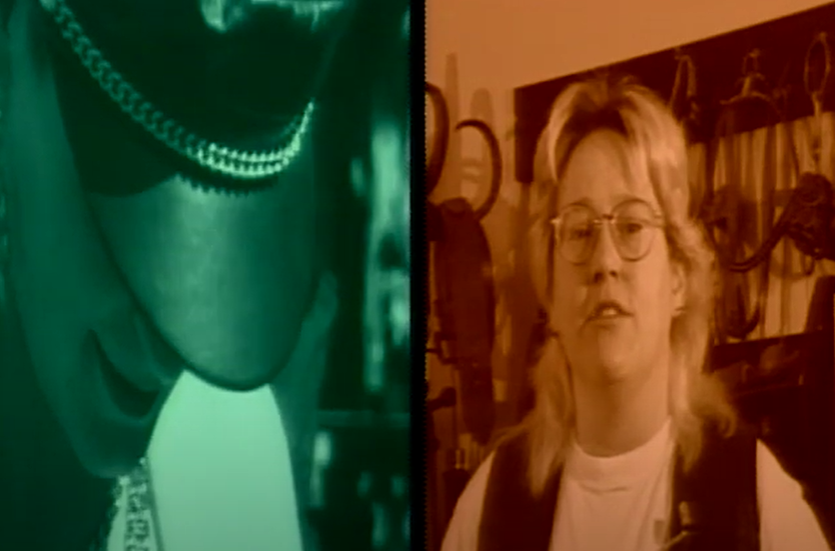 Donna Shrout – Ms Northern California Leather – is a college graduate, and her and her gay male friend went to a party dressed in leather and when she got there, she noticed all these men were on their knees to her.  It was silly and fun and this was a good thing. She found a part of her that she never knew existed.

Peggy Sue – Activist – She’s been doing S&M since she started having sex at 16 years old. She tied up a guy, got it all wrong, did things that weren’t correct, but not dangerous and not when she doesn’t have that in bed, she misses it. It’s a part of her.

Rainbeau – Performance Artist and Producer – She’s been into S&M for over 9 years. Before she was with her current girlfriend, she was doing it to herself on stage.

There’s this whole leather community that have people that just dress up, cosplay, if you wish, that are not into S&M.  Leather bike clubs. People just like the look, feel, like the fundraising, activism and a whole group of people that are not leather identified. 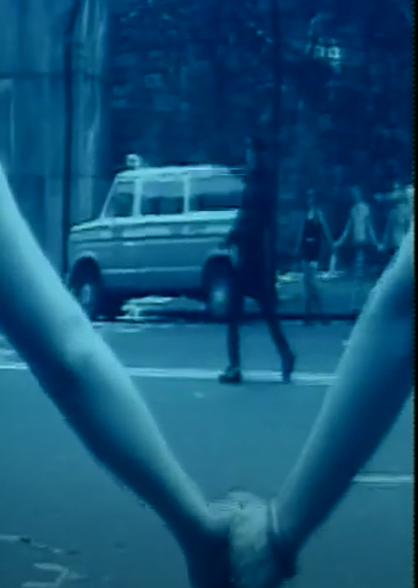 There are so many people that are into this and they are not bad, dangerous, weird or otherwise criminal. There are so many great people within the scene and they are honest, cool and really not abusive but tough.  S&M is scary for some because you discover your own boundaries. We’re talking about libido, passion and what “you” want to experience.

It’s not for everyone but everyone shouldn’t put down something they’ve never experience. What is it about S&M that drives us? What is it that is buried deep in our genetic makeup that has us yearn for that life?  It’s doesn’t come from a perverted nature but a primal view of family.  How far will I go? How far will I take this?  Will you have a permanent mark on yourself by your partner to prove that you have a consensual passionate relationship with that person(s)? 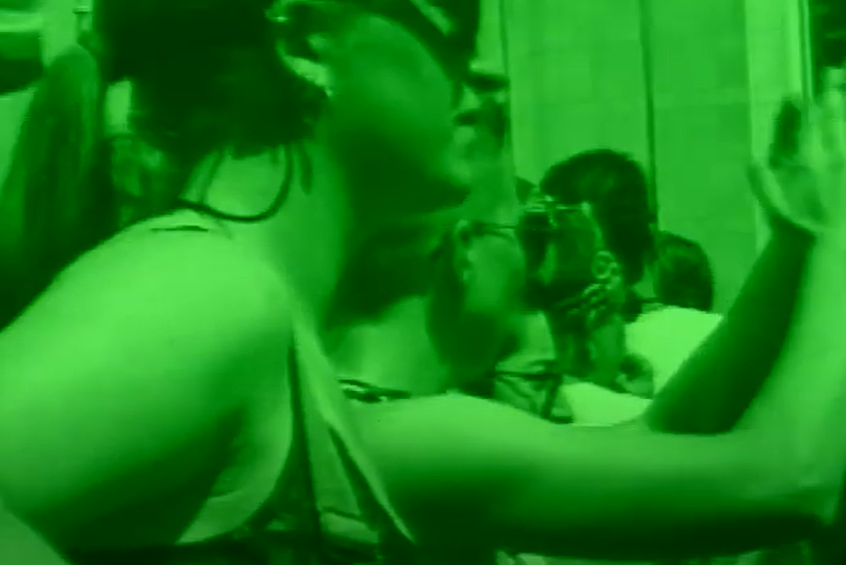 There’s a complete language that is picked up within the community. Are you a Butch, Femme, Left, Right, Bottom, Top, etc… the need to label is there to identify yourself to relate to others you meet?  Some don’t want to be called a lesbian and want to be called a Dyke. It’s a source of pride. Just do it in your own way. It doesn’t really matter.

The community does a lot of things: A social system, a learning system, could do, will do, whatever… you have a sense of purpose, in a way. A sense of belonging. The SM community is amazingly brave because it’s extremely hard to be as out about your sexuality as they are. 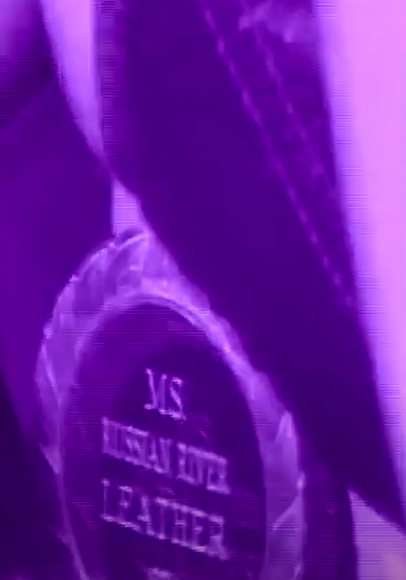 The thing about being in SM is that you put your absolute trust in someone who is dominating you. You find what scares you and trust when that person takes you there, that they will nurture and comfort you afterwards and make you feel as “…it’s ok…I will protect you. You are mine and I am yours.”  That level of trust comes with a bond that is seen and both unseen and “that” only comes with months and years of being together.

The film is a combination of being a documentary, music video with a mix of a collage of images from what these women experience both to and from a perspective of what their life is about. They decide to join this SM/Leather community because they find that their own biological families disassociate with them because they are not accepted or understood. Humans need familial surroundings and as they are left by one family they search and find another, accepting and loving, family within the SM/Leather community. 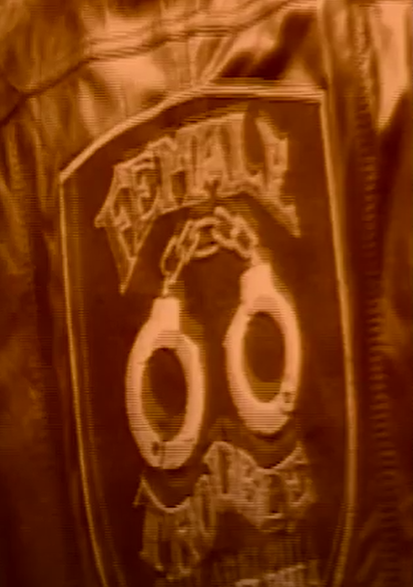 They get ‘shit’ for being lesbian, ‘shit’ for being a dyke, ‘shit’ for having tattoos, and all they want is to be accepted. The benefit is that there’s a big weight that comes off their shoulders because they don’t have to keep this huge secret anymore.

They are making a political statement every time they come out about who they are and yet they are doing so much about activism, writing, protesting, lesbian and gay rights, HIV/AIDS, feminism, etc… when the civil rights riots in the 60’s they passed twenty laws protecting black people from discrimination and over the next 17 years, they repealed all but three! WTF? Activism stops what is happening. These women are brave, have courage, guts, and grit. 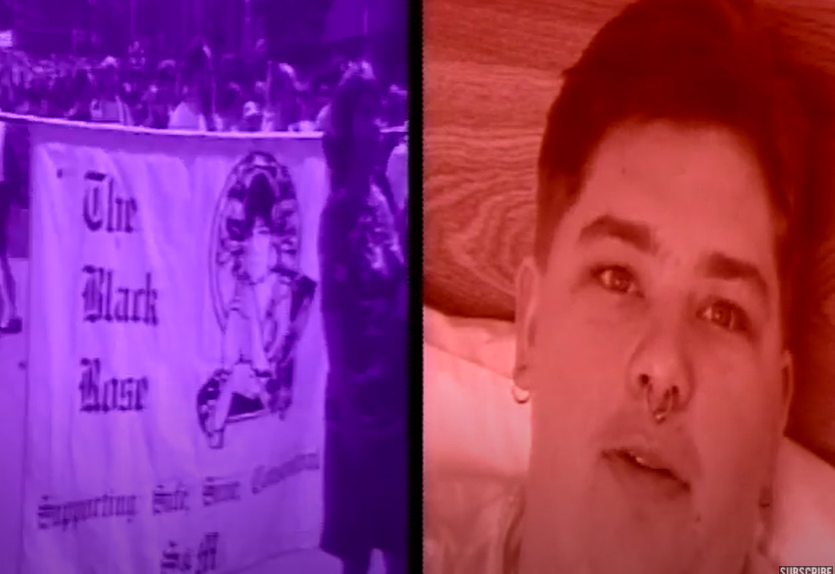 In 1992, Bill Clinton was elected and the March on Washington to an empty White House and empty Congress for Gay and Lesbian rights. They have the right to live their lives are they see fit. They contribute to the workforce, pay taxes and they are legitimate individuals who are not raving maniacs, sick or otherwise and they have that right to command self-respect.

The great thing that I found is that these women, who are granted these titles in the leather community, are expected to attend two minor and one major fundraiser, travel to other leather communities to promote and help them, and work to help the community in general. See, these ladies are not sick, perverted, or stark raving mad. They are us! They are WE THE PEOPLE! They are Bloodsisters: Leather, Dykes, and S&M. Do not be afraid because deep within yourself, you may, indeed, have something locked away deep inside yearning to get out and when it does you will finally be free!