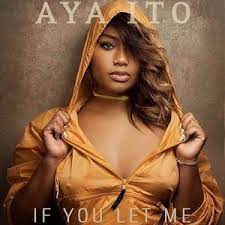 Los Angeles, CA (The Hollywood Times) 9/10/21 – I had the pleasure of interviewing blasian (half black half Asian) singer, Aya Ito, who has a fascinating personality and wisdom beyond her years thanks to a colorful and eventful childhood living internationally, that allowed her to experience many cultures. Aya was born in Japan but moved to Chicago at the young age of 2. Her mother subsequently moved back to Japan when she was 10. She credits her Japanese mother for her strong work ethic, which allowed her to excel in school in IB classes. Aya is also trilingual. She speaks English, Japanese and Spanish. 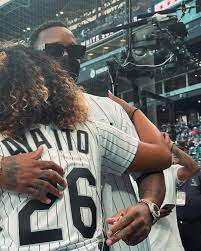 Recently, Aya has played to huge crowds such as the Cubs vs. Sox game where 40,000 people attended.  Her most recent video “Something New” has garnered over 500,000 views, in no small part to her dynamic live performances that feature unique choreography and what she describes as a neo-soul techno style that incorporates smooth jazz and angelic vocals.  Her latest single also includes Spanish lyrics, a nod to her international focus.

The sound itself is refreshing, melodic and familiar. Maybe it’s because this type of music is what I lean towards, but in a world of music that has me tuned out except for one-off songs and artists here and there, you almost want to root for good melodic pop music with international sounds and elements to become a thing again. 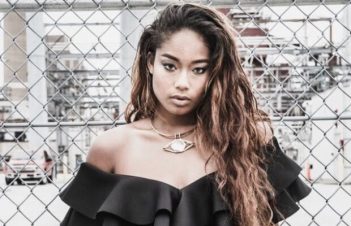 It was also her parents’ influence that led her to citing Michael Jackson, Luther Vandross, Anita Baker and Mariah Carey as her musical influences, but also loves more recent role models such as Beyonce and Rihanna, mainly for their stylistic personas.

Previous single “Don’t Take My Life” was released in the height of the Black Lives Matter controversies last year and we got to talk a little deeply about how she felt about racial injustices, down to not seeing as many black kids in her own IB classes. But yet, Aya believes in a merit component that can’t be taken out.  We couldn’t solve society’s problems in one sitting but I could see a young woman who cared deeply about the issues and was willing to be thoughtful about actual tangible and sustainable solutions.  With #StopAsianHate this year, Aya is almost the perfect ambassador, having a foot in both cultures, still closely connected to her mother in Japan, who she speaks to frequently.

I saw with Aya’s example her desire to see that change down to the micro level, especially when we talked about the systemic racism that is most present in entertainment and Hollywood, but with increased education and awareness is slowly changing.  Aya and I both agree that we want more unique Asian stories to be heard and are most heartened by the new wave of Asian writers, who have created masterpieces like the movie “Parasite”.  Aya cites a Korean movie and character from one recent Hollywood film, that was produced by a non-Asian cast and crew and they didn’t bother to hear that what was being put out there by the film was factually wrong.  This is the type of disrespect we are fighting the most in Asian film and I applaud Aya for fighting for the truth to be represented in film and for Asians to seize back control over our stories.

While we got to explore her background, I’m sure more of Aya’s story will come out as we get to know her on her rise to stardom.  Aya is authentic and we want to hear and see more about her interesting life thus far. 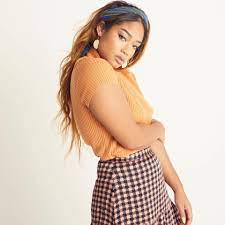 Juggling a mixed background, Aya had to make unique decisions when it came to her musical career, such as her stage name and ended up choosing to go with her Japanese last name “Ito” for her stage name, instead of “Smith”, which is also her last name. She actually started out with just Aya with no last name, but realized that she was getting lost in the many Aya’s who are performing artists. So a last name was adopted and it was “Ito”, which she says is as common as “Smith” in Japan.

What impressed me the most was a young woman with an international point of view, but was wise beyond her years, confident and assertive and ready to take on an industry that is not pursued by many Asians.  Being a trailblazer, she of course admits to natural pushback from her Japanese side of the family, but now seeing her success, they’re on board. Aya is one to watch over the years, and we hope to see her success continue and reach new levels. 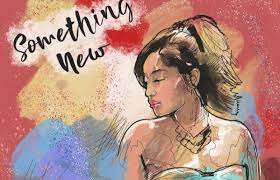 Aya’s music can be found under “Aya Ito” in most streaming networks like Spotify and Apple Music. She is also most active on Instagram, @blaziansensation and she prides herself on being responsive to her fans.