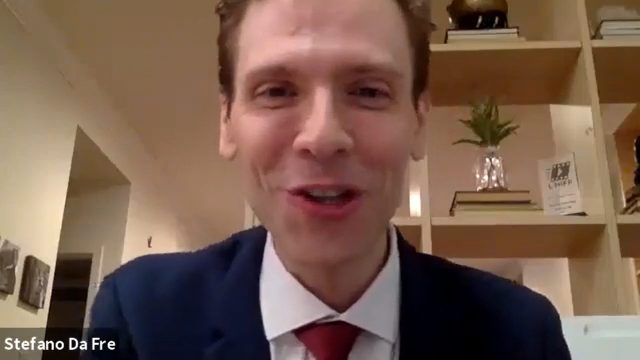 Los Angeles, CA (The Hollywood Times) 10/28/21 – Following up on my piece last Friday as the initial facts were released on the tragedy in New Mexico, I had a chance to sit down and interview Stefano Da Frè, independent filmmaker. Along with Laura Pellegrini, they are film directors for Rosso Films International who work extensively with guns and weapons on set “The Day I Had To Grow Up”, on Tubi, Amazon Prime and Vimeo On Demand. Currently, he is working on a Gold Coast Studios production, “Subject A Male”, with firearms and pistols, set in 1938 to 1942, from different generations.

“The loss of Halyna Hutchins could have been avoided. She decided because the chain of command fell apart,” Da Fre powerfully says. The chain of command is as follows: an assistant propmaster and propmaster would work with the armorer, who is in charge of any work with a gun. The armorer or firearms specialist would work with the type of gun, and know all aspects of it whether it is a prop gun, or a 1942 period piece of gun. The armorer would then hand this to David Halls, the first Assistant Director who ultimately handed the gun to “talent”, Alec Baldwin, and yelled “cold gun”.  Before he hands it off, he is supposed to have done his own check.

When the command “cold gun” is uttered right before the gun is handed to Alec, there is an implication that it has gone through 3 checkpoints and is more than 100 percent sure that the gun is completely safe and “100 percent not a threat”, according to Da Fre and others in the industry I spoke to. From the information released, this was uttered and instead of being safe, the gun took a human life. The three checkpoints were 1) the assistant propmaster who checks it before handing it to the main propmaster, and 2) there was supposed to be a check with t he firearms specialist, such as an armorer, and then 3) a final check with the first Assistant Director, David Halls.

David Halls was fired for a similar safety violation, also involving a misfiring and a gun.  The gun was given preemptively to the talent before it was ready. In the legal courts, this information would not be looked upon favorably and Halls is likely to be scapegoated for this very fact.

From a legal perspective, there are 3 responsible parties: 1) the production, 2) the armorer and 3) the first Assistant Director. It would be up to the state of New Mexico to attribute proportional responsibility and the prosecution will make the case. All three parties would have to fight for their case. And for David Halls, his prior negligence would be accounted for. When the legal chips fall, the armorer’s prior experience will also be taken into account.

Alec Baldwin, the actor, will be free of blame. There is a lot going on, in that specific moment. The talent is not supposed to be concerning themselves with the gun. When “cold gun” is uttered, they don’t have time to be checking, especially after 3 checkpoints. That trust is set by the director, the assistant director and all the crew members there. “When Alec was handed a cold gun, he is assuming this gun can be fired like in any other film he’s been on”. If it was a no-name character, he would have this protection as well. There is zero legal precedence for any actor to be prosecuted for this.

There was a rumor that other crew members were using these weapons for fun outside of work hours and they were returned. The crew needs to be signing legal affidavits so they can’t lie and this will be key in piecing together the chain of events that led to this fatal negligence. If a propmaster or armorer are not as experienced, they would not notice that a gun with blanks and the guns with actual gunpowder could have been switched out, as they look the same. But that’s where a physical check is needed. An experienced armorer would notice a weight difference between a loaded gun and the gun with blanks. This is nuanced but without experience, one many think it’s the same, especially when the 1st AD handles it.

Finally, we discussed the rumor that production was cutting corners, and Da Fre believes this holds much credence. Stefano says, “If it’s not a big name studio, like Warner Bros, Paramount or MGM, these small productions are investing in the name talent (like Alec Baldwin) which consumes the majority of the budget, but the production now has challenges and they can’t pay Teamsters or a local union due to all the budget going to the big name actor. That’s probably the way they had to cut corners on the production side. You see that when the economics of the film are like this, in this case, someone dies.”

Contrary to what many of the gossip sites and public opinion that is calling for Alec to be prosecuted for involuntary manslaughter, this will ultimately not happen and blame will be allocated proportionally between the production company, the armorer and the 1st AD, David Halls. However, since Alec is involved in production, some blame will be attributed and most likely he will be hurt financially by this.

You can watch the full interview here. https://www.youtube.com/watch?v=SBjbluVZW6M