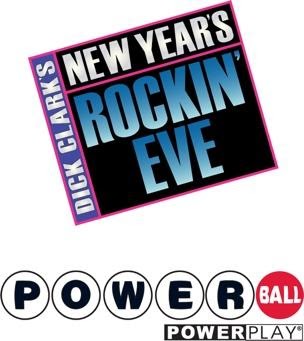 “I can’t even believe it, this is unreal,” said Marston. “Like I’m dreaming!”

“Congratulations to our First POWERBALL Millionaire of the Year!” said Gregory R. Mineo, POWERBALL Product Group chairman and Maine Lottery director. “This has been an exciting night in POWERBALL history. We look forward to creating even more millionaires in the New Year, while raising money for good causes supported by lotteries.”

First teased during last year’s New Year’s Eve telecast, the promotion officially kicked off last spring and continued through summer. As part of the national POWERBALL game, players who purchased tickets from 25 participating jurisdictions could enter their POWERBALL tickets into the First POWERBALL Millionaire of the YearSM second-chance drawings. More than 300 players from those jurisdictions won a VIP trip to New York City to celebrate New Year’s Eve 2020 and a chance to win $1 million. The 300 VIP trip winners were narrowed down to five finalists and, finally, to the winner of the $1 million prize.

The First POWERBALL Millionaire of the Year promotion brought second-chance drawing winners and their guests to New York City for the ultimate VIP experience. After a series of seasonal activities across Manhattan, the winners and their guests gathered for an exclusive New Year’s Eve gala featuring a performance from Jessie James Decker at the Crowne Plaza Hotel Manhattan in Times Square. The party culminated with the First POWERBALL Millionaire of the Year drawing.

For more information on the First POWERBALL Millionaire of the Year promotion, please visit www.powerballrockineve.com

It’s America’s Game! Since 1992, POWERBALL® has inspired the country with a chance to become a millionaire, while raising nearly $22 billion for good causes supported by lotteries. POWERBALL set a world record jackpot of $1.586 billion in January 2016. The record prize was shared by winners in California, Florida and Tennessee. POWERBALL tickets are $2 per play. Tickets are sold in 44 states, the District of Columbia, Puerto Rico and the U.S. Virgin Islands. Drawings are held every Wednesday and Saturday at 10:59 p.m. ET. More than half of all proceeds from the sale of a POWERBALL ticket remain in the jurisdiction where the ticket was sold. For more information, visit www.powerball.com.